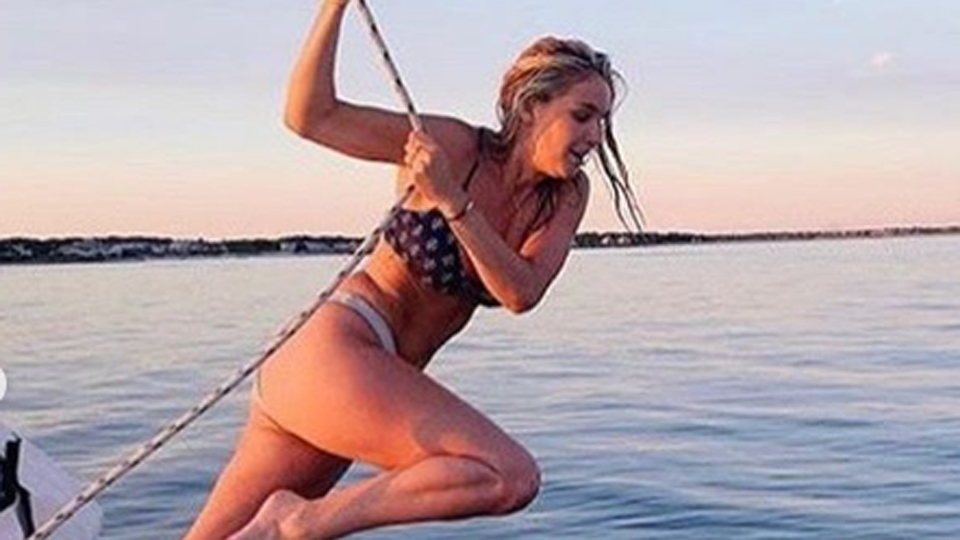 Saoirse Kennedy Hill died of an accidental drug and alcohol overdose, according to her death certificate which was filed on November 1 in Massachusetts.

Kennedy Hill had a cocktail of medications in her system at the time of death, according to the toxicology results revealed in the death certificate.

The death certificate said the 22-year-old’s death resulted from mixing alcohol with methadone, a drug used to treat opioid use disorder,  sedatives diazepam and nordiazepam, and fluoxetine and norfluoxetine, which are used to treat depression.

The manner of death was ruled an accident, according to CNN.

A granddaughter of late presidential candidate Robert F Kennedy, Kennedy Hill was found unresponsive at the Kennedy compound in Hyannis Port on August 1 after a night out to celebrate finishing a university assignment.

First responders were called to a medical emergency at the famous estate at 2.30pm. The Boston College communications student was pronounced dead less than 45 minutes later at Cape Cod Hospital.

Saoirse, who had volunteered in Mexico to build schools according to CNN, was due to graduate in 2020.

“She lit up our lives with her love, her peals of laughter and her generous spirit,” her family said in a statement after her death.

During her last night alive, Saoirse had dinner with Kennedy matriarch Ethel then went out to a string of clubs including a karaoke bar before heading home with a friend.

The two women took a dawn swim in the ocean before turning in. Saoirse didn’t wake up.

In February 2016, she write an opinion piece for her Deerfield Academy school newspaper about her fight with mental illness.

“My depression took root in the beginning of my middle school years and will be with me for the rest of my life,” Saoirse wrote.

“Although I was mostly a happy child, I suffered bouts of deep sadness that felt like a heavy boulder on my chest.”

Farewell Saoirse ❤️ 1) with Grandma Ethel and Courtney 2005. Saoirse came to Cape Cod from Ireland at age 8, a gregarious sprite with a thick brogue. 2) an only child she suddenly had almost 100 brothers and sisters. 3) with Kathleen Shriver 4) with Claire Kennedy 5) with Noah Kennedy 6) with Georgia Kennedy 7) with Teddy Kennedy 8) Saoirse loved dogs 9)In Outback with kangaroo10)low tide on Egg Island #CapeCod

Kennedy Hill’s death is the latest Kennedy tragedy that has been called a curse, including the assassinations of her grandfather and his president brother John F Kennedy, and the plane accident death of John Jr.

Her father Paul Hill had his own tribulations. He was one of the Guildford Four, who were falsely accused of being involved with IRA bombings.

He was jailed for 15 years before his conviction was overturned in 1989.

The Four’s case became the basis of the Daniel Day Lewis Oscar-nominated film In The Name of the Father.

Kennedy Hill was born in the US but moved to Ireland with her father and mother Courtney Kennedy when she was four. The family settled in a small coastal village before moving to a larger town.

Irish singer Luka Bloom has said his friend Hill inspired his song Thank You for Bringing Me Here with a story of walking on the beach in Fanore with a young Saoirse.

Courtney and Paul reportedly divorced after a 2006 separation although Courtney has said they stayed together.

Kennedy Hill moved back to the US when she was eight and took what is believed to be her final trip to Ireland in 2018, according to People.

“Saoirse’s heart was on the sea,” Robert J Kennedy Jr said in her eulogy.

“She considered herself a citizen of Ireland and America, but most of all, the borderless, boundless oceans.”

Saoirse Kennedy Hill cause of death revealed as accidental overdose