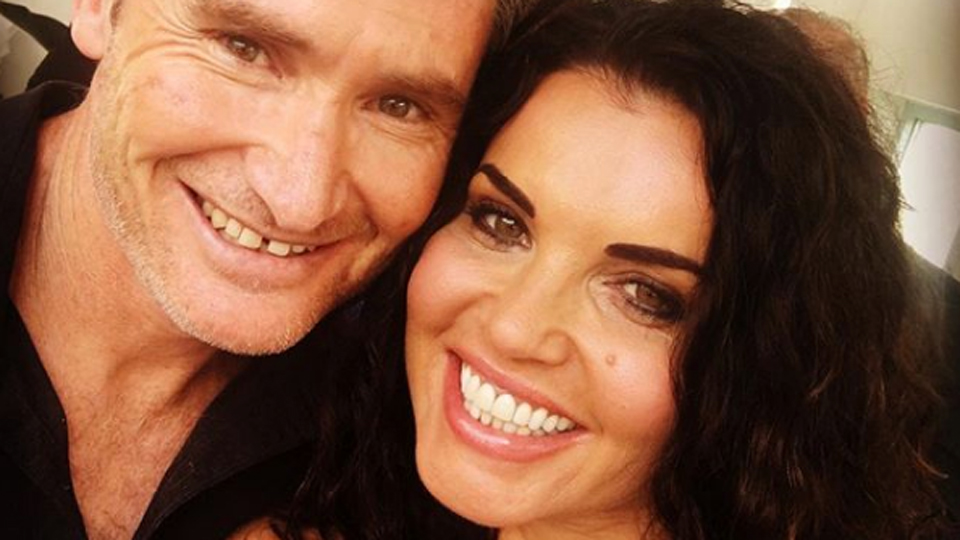 The Block star Suzi Taylor with "my friend" Dave Hughes in 2016. Photo: Instagram

Former The Block contestant Suzi Taylor was refused bail in the Brisbane Magistrates’ Court on Friday after being charged with bashing and robbing a man she met on a Tinder date.

Taylor, who was barefoot and in prison greens in court, allegedly also held the man against his will at her home.

She is accused of luring her victim via the popular dating app and then allegedly assaulting him for money.

In refusing bail, the magistrate said the risk of her re-offending is “completely unacceptable”.

But magistrate John McGrath said Taylor was accused of violence, and had kicked the man’s body and punched him several times in the face for a minute, according to a police statement.

According to reports, Taylor sat in court with her back to the media after she was alleged to have invited the 33-year-old to a home in the Brisbane suburb of New Farm just after midnight on Wednesday.

The rendezvous came after the man met “a 49-year-old woman on a dating application”, according to a Queensland Police statement.

“When the man didn’t comply, another man allegedly entered the room and assaulted the 33-year-old man and held him against his will,” police said.

They alleged Taylor assaulted the man before she and Ebrahimi stole his bank card and withdrew a sum of money.

They were both charged with one count of extortion with intent to gain benefit with threat of detriment, deprivation of liberty, assault occasioning bodily harm and possessing dangerous drugs.

Ebrahimi was also remanded in custody.

The court appearance isn’t the first controversy for Taylor since she became a reality TV household name.

While she was on The Block, Taylor was snapped dancing in a pink G-string bikini bottoms and heels on a boat moored off Melbourne’s Docklands on Oaks Day in 2015.

The mother-of-three, who was then a real estate agent, exposed her chest to people on other boats and those enjoying meals at a nearby cafe.

Four days later, Taylor was found unconscious on the set of The Block during the open for inspections for the reality juggernaut.

Reportedly suffering exhaustion, she was taken to hospital and treated for a severe anxiety attack.

“If I’ve caused anyone any embarrassment, I totally regret it,” Taylor said on The Block after her collapse.

“I’ve had a lot of personal issues in my life which I suppose a lot of people do.

“I’m on the road to recovery and thank you so much for supporting me.”

In recent months, Taylor has been quiet on social media. Her last post to Instagram (where she calls herself a “well known & well loved personality in the Australian Entertainment landscape”) was on July 9.

She wrote a long message that included advice that ‘the only person that can defame your character is you.”

Before that, her posts included some of her children, saying they “came to visit” her, and of a boyfriend known as Jono.

In one post, Taylor cuddles Jono as he lies in a hospital bed saying being given control of his morphine button has “gotta be the highlight of my life.”

Finally some laughs after a nightmare week 😀 #lovelife #onthemend