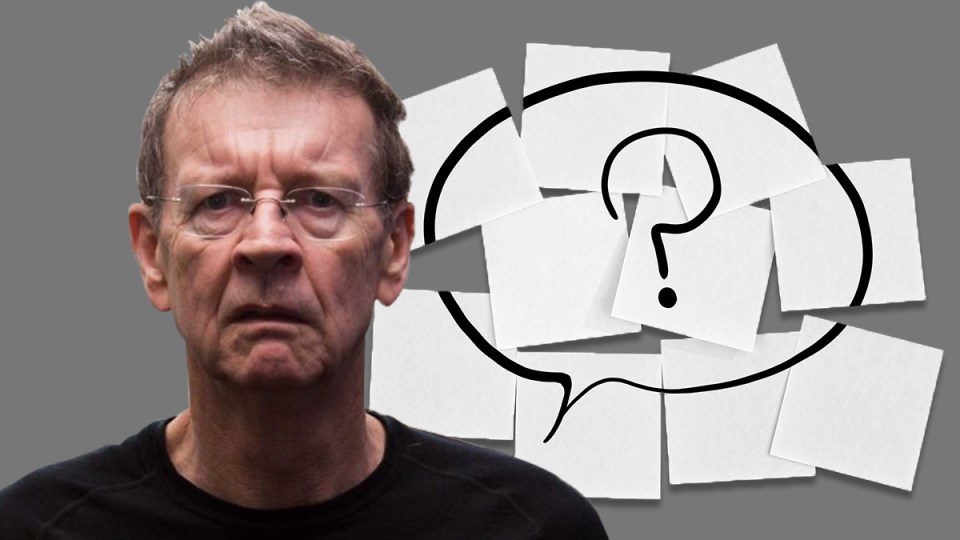 He bustled behind the counter of his corner milk bar. At 10 in the morning I was still waking from the previous evening’s moderately priced bottle of self-medication.

His thoughtless response was unforgettable.

It was years later that I read Germaine Greer’s proposition that men tell jokes as a form of phatic communication, which serves a social function whilst offering no information of value.

Even my spell checker is underlining the unknown word suggesting that I have wasted its time.

Phatic. There it goes again.

Anyway, what happened at the milk bar is why I rarely offer a simple answer to the question, “How are you?”

My initial, truthful and workable response has been, “not telling”. This comfortably closes the discussion.

If the inquisitor is not paying attention then I seem to have simply made an appropriate noise.

If they are paying attention then, hopefully, their response is a raising of the eyebrows, a widening of the eyes and a slight smile. It has suddenly become interesting.

Most people, however, aren’t listening.

Having embarked on this sociological journey, I have tested some variations.

“How do I seem?” causes them a little discomfort.

Their phatic question meets a real one and the inquisitor has a brain tumble calculating what degree of truth to lace the answer with.

“How do you want me to be?” advances this same question a little farther down that brambled path.

Now I am questioning their psyche.

For a while, I toyed with the long form.

“Thank you so much. I’ve been desperate for someone to ask me that. My parents met during the war. They were both in the air force and they had a good war, well away from the unpleasantness. I was born just after the war, a classic baby boomer, and, curiously, my mother smoked in labour. They had run out of cigarettes and they called the ambulance early because they figured the driver might have some. My first few pre-literate memories are remembered only as captured images rather than stories … ”

This divides people into those who, truly and not unreasonably, don’t have time for the answer and those who want me to continue because they find it interesting.

Those who find it interesting, discover that even I don’t find my story that interesting and it has become my job of work.

I am someone whose life is on display.

A year ago, my son had died, my employment had been dispensed with, and I was reorienting from a fainting blow to the skull. I was constantly asked by strangers, “How are you?”

The answer may seem a politeness without meaning, but now it was not. It was as sincere as the question.

I can give voluminous answers to what lies beneath.

A senior psychiatrist who I bumped into in the street informed me in learned tones that “grief can last for nine or 10 years”. Was that your correct answer in an exam?

I shall always have my son.

My former employer is now spending a lot of money terminating the management that dispensed with me to save money.

When I asked Professor Olver in rehabilitation if I had changed after a blow to the head, he gave the amusing and troubling response that I was “nicer”.

Professor Laidlaw, the neurosurgeon, had the clearest non-answer of all. With what I’ve accumulated, “who could say?”

To those sincere strangers who showed concern, who sympathised and empathised with brief accounts of their own emotional turmoils, who shared an unexpected embrace …

Thanks for asking, That is not phatic. We read each other.

My favourite answer to the question “How are you?” tunnels down to the most fundamental question we all carry relentlessly.

I tilt my head slightly, grasp unremitting eye contact and with a plaintive mien ask, “Do you like me?”

Red Symons: Occasionally the question, ‘How are you?’ can actually mean something