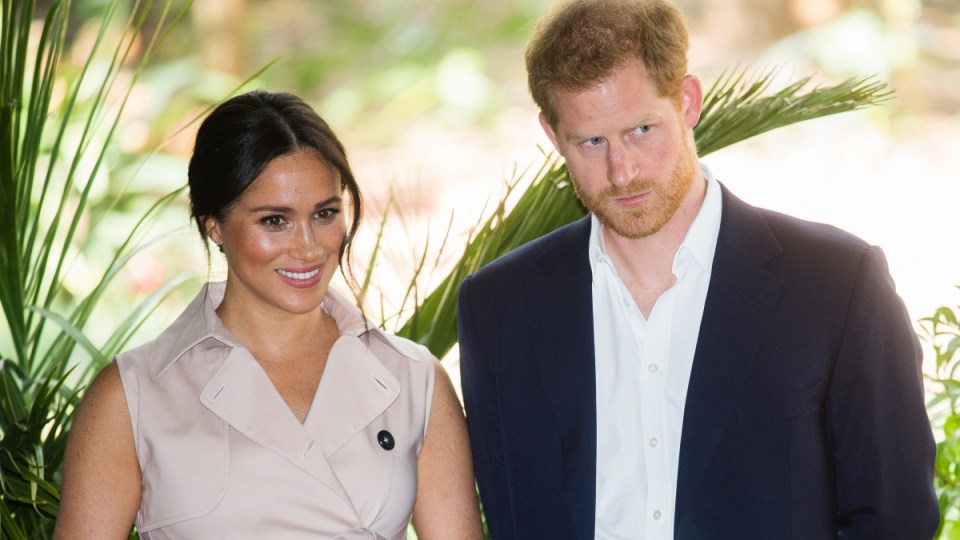 The information is revealed in court documents filed ahead of the start of Meghan Markle's court case on Friday. Photo: Getty

Prince Harry has acknowledged a rift with his brother, Prince William, saying the pair are “on different paths” and have “good days” and “bad days.”

The Duke of Sussex’s admission came in response to a question in a revealing British TV documentary about rumours of a rift between himself and the Duke of Cambridge.

In the same program, Harry’s wife Meghan Markle describes the past year as a member of the royal family as “hard” – and admits her British friends warned her not to marry the prince.

The revelations follow a year in which Prince Harry and his wife, Meghan, split from their joint charity with Prince William and Kate Middleton, the Duchess of Cambridge.

Harry told the ITV documentary Harry & Meghan: An African Journey that “inevitably stuff happens”, particularly with such a high-profile role and a family that lives under pressure.

“We are brothers. We will always be brothers,” he said.

“We don’t see each other as much as we used to because we are so busy but I love him dearly.

“The majority of the stuff is created out of nothing but as brothers, you know, you have good days, you have bad days.”

The documentary screened in Britain on Sunday night, amid reports the Duke and Duchess of Sussex plan to take a six-week break in coming weeks. They are said to be heading to the US for Thanksgiving with Meghan’s mother, Doria Ragland, followed by some “family time” before returning to Britain for Christmas with the Queen.

'As brothers you have good days, you have bad days'

Prince Harry says the 'majority of stuff' written about his relationship with his brother William is 'created out of nothing' and adds: 'I love him dearly' #HarryAndMeghan https://t.co/GWs5KfuovM pic.twitter.com/bW7GVALZR6

In the documentary, Meghan tells ITV journalist Tom Brady that she has tried to cope with the pressures of her new life after marrying Harry in May 2018, by putting on a “stiff upper lip”. But she was not prepared for the intensity of tabloid interest.

“It’s hard. I don’t think anybody could understand that, but in all fairness I had no idea, which probably sounds difficult to understand,” she said.

“When I first met my now-husband, my friends were really happy because I was so happy, but my British friends said to me, ‘I’m sure he’s great but you shouldn’t do it because the British tabloids will destroy your life’.”

Meghan, 38, said that, as an American, she “very naively” thought this made no sense, adding: “I’m not in tabloids. I didn’t get it, so it’s been complicated.”

The couple have faced mounting criticism after reportedly taking four private plane journeys in 11 days in recent months, rather than opting for commercial flights, despite speaking out on environmental issues.

Meghan is suing a British tabloid over a breach of privacy after it published a private letter between her and her estranged father.

Harry has also begun legal action at the High Court in relation to the alleged illegal interception of voicemail messages by tabloid journalists.

In the ITV program – made during the couple’s recent southern Africa tour – Brady also asks Meghan if she can continue to cope with the pressure.

“I have said for a long time … it’s not enough to just survive something, that’s not the point of life. You have got to thrive. You have got to feel happy, and I think I really tried to adopt this British sensibility of a stiff upper lip,” she said.

“I tried, I really tried, but I think what that does internally is probably really damaging, and the biggest thing that I know is that I never thought this would be easy but I thought it would be fair, and that is the part that is hard to reconcile but [I] just take each day as it comes.”

Brady pointed out that her position of privilege, wealth and fame came with scrutiny.

“When people are saying things that are just untrue, and they are being told they are untrue but they are allowed to still say them, I don’t know anybody in the world who would feel that’s OK and that is different from just scrutiny,” Meghan said.