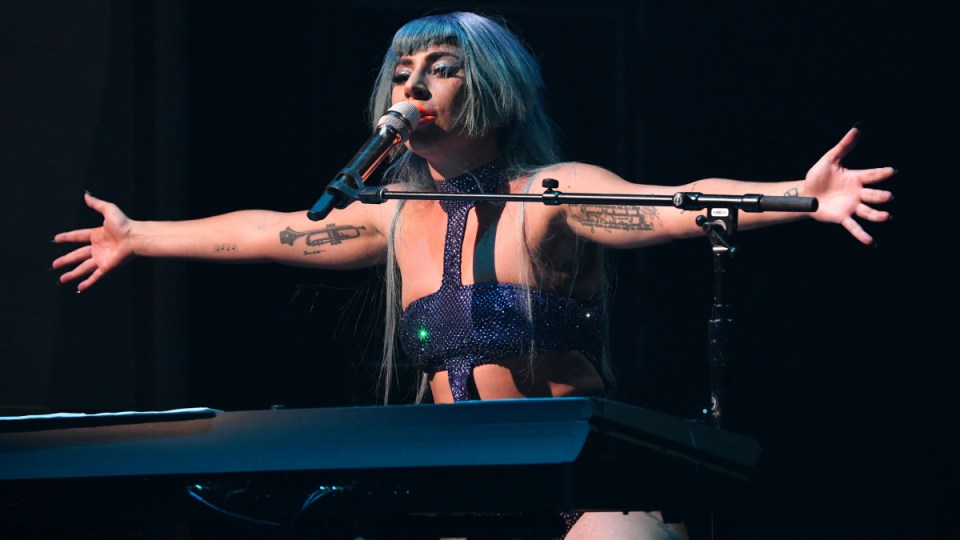 Lady Gaga has fallen off stage at her Las Vegas show. Photo: Getty

Lady Gaga is recovering after falling off the stage while dancing with a fan at a concert in Las Vegas.

During her Thursday night show the pop star invited a fan onstage who picked her up and lost balance. Both plunged to the floor as a result.

“Everything’s OK,” she said in the aftermath. “The only thing that’s not OK is we need some stairs for the damn stage so I can get back up.”

Moments after the fall, Gaga was back onstage with Jack, who was visibly upset, as the superstar singer and actress consoled the fan.

“You promise me you’re not gonna be sad about that, right?” she said, being singing Million Reasons with the fan at her side.
“I promise,” he responded.

“It’s amazing,” she said. “We love each other so much we fell off the damn stage. We fell into each other’s arms. We’re like Jack and Rose from Titanic.
“I suppose we should have some tea after that.”

Several fans posted video of the fall and Gaga’s return to the stage on social media.

After the show the singer posted Instagram photos of herself in a bath.

A representative for Gaga didn’t reply to an email seeking comment.

The singer has suffered from fibromyalgia, a condition marked by chronic and widespread musculoskeletal pain, and she has cancelled several concerts as a result.