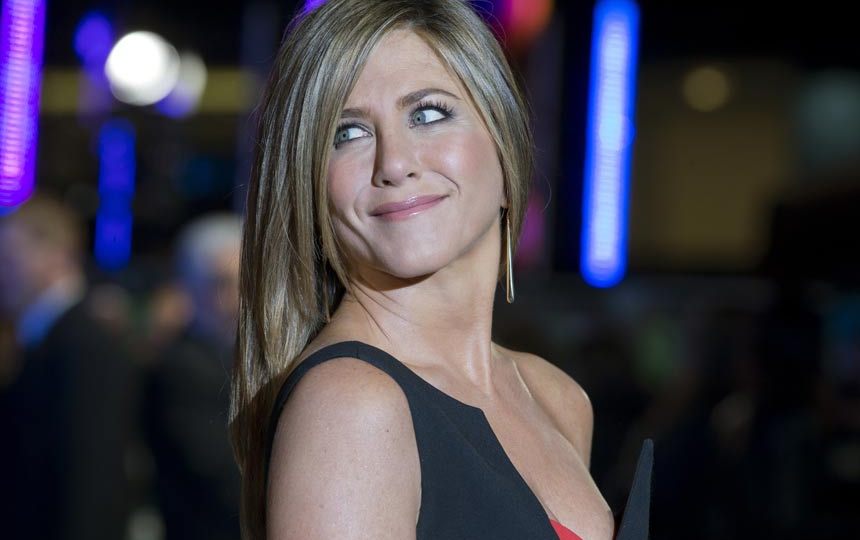 It only took Jennifer Aniston one photo and eight hours to break one of the world’s most popular social media sites.

The former Friends star, who is renowned for being a social media recluse, joined Instagram on Tuesday morning and sent fans across the world into a frenzy.

The first photo posted to Aniston’s new account was the one they had always wanted to see – the full cast reunited.

The caption of the picture, which will no doubt enter the entertainment history books as a rival to Ellen’s iconic Oscar selfie, was posted with a caption that read: “And now we’re Instagram FRIENDS too. HI INSTAGRAM”.

While the signature couch didn’t make the cut this time, the response was overwhelming.

After just eight hours Aniston had amassed more than 3 million followers, causing the platform to crash as fans flocked to follow her account.

Confused by the blackout one asked ‘Why can’t I follow her tho??!!’

Aniston laughed off the technical difficulties, replying with: ‘Sorry, I think I broke it’.

High profile fans were among the millions to welcome the celebrity to the photo-sharing platform.

“I’m glad they’re still there for you,” wrote talk show host Ellen DeGeneres, riffing off the lyrics to the show’s theme song.

Reese Witherspoon, who is set to star in a new series called The Morning Show alongside Aniston wrote: “YASSSS!!! Welcome to Insta Jen!!!”

The beloved actress, who won a Primetime Emmy, Golden Globe, and Screen Actors Guild award for her portrayal of Racheal Green, followed just over 100 accounts on the platform.

Those included long-time friend and co-star Adam Sandler and Justin Theroux, her ex-husband who she split with in early 2018 after 7 years together.

Earlier this month Aniston revealed the Friends co-stars had all met up to have dinner together at Cox’s home in Malibu.

She said: ‘Schwimmer was in town and we all happened to have a window of time so we all got together. We laughed so hard’.

Aniston revealed that they all ‘miss [the show] every day’ and that she’d be, ‘nothing without it’ but has previously quashed any rumours of a re-boot.

“Our producers wouldn’t want it, wouldn’t let us,” the actress told Variety in a wide-ranging interview.

“Look, it’s not been without our desire to, because our fans have wanted it so much.”

Aniston’s foray into the world of social media almost rivalled Prince Harry and Meghan’s, who hold the Guinness World Record for the fastest account to get one million likes – reaching the figure in five hours.

Jennifer Aniston posts one picture on Instagram, gains millions of followers and breaks the site