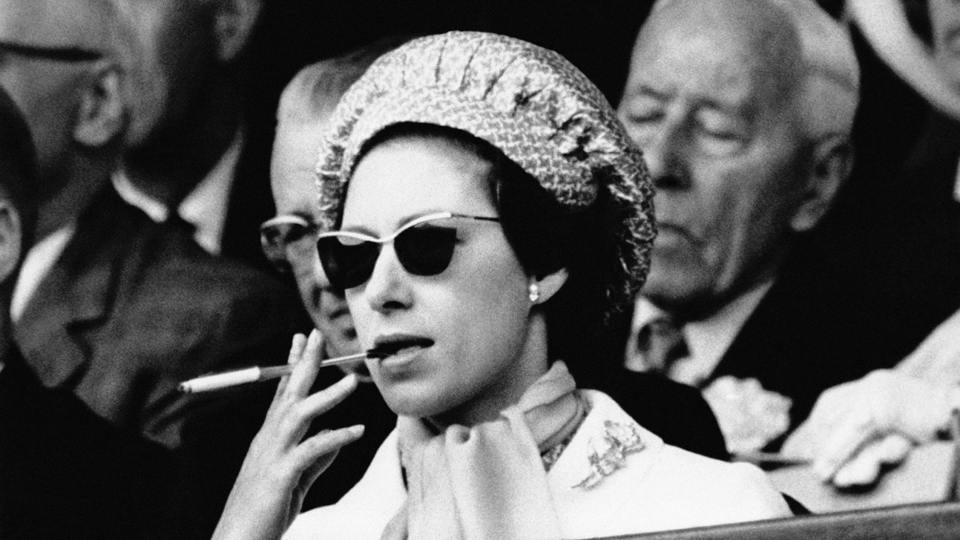 Helena Bonham Carter has revealed she spoke to royal rebel Princess Margaret via a psychic to ask permission to play her in Netflix’s The Crown.

Margaret, who died at age 71 in 2002, said she would be happy for Bonham Carter to do the honours – but only if she learned how to smoke properly and smartened up her image.

“She said, apparently, she was glad it was me,” Bonham Carter, 53, revealed at a sold-out session at the Cheltenham Literary Festival on October 5.

“When you play someone real, you really want their blessing because you do have a responsibility.

“I asked her, ‘Are you OK with me playing you?’ And she said, ‘You’re better than the other actress that they were thinking of.’

“That made me think maybe she is here because it’s a really classic Margaret thing to say – she is really good at complimenting you and putting you down at the same time.”

Bonham Carter’s “little chat” with the late royal was nothing special because she always talks to a psychic when playing a real person who has died.

Apart from the backhanded compliment about the actor’s talent, the Queen’s younger sister also included two provisos for Bonham Carter.

She said, “You’re going to have to brush up and be more groomed and neater.”

Bonham Carter said the princess told her the key to playing her was to “get the smoking right” and learn to use a cigarette holder because it was “as much a weapon for expression” as it was for smoking.

Margaret used a holder because it “elongated her silhouette, as she was permanently cross about being only five feet tall,” Bonham Carter said.

The Harry Potter villain replaces Vanessa Kirby as Margaret in series three of The Crown, which premieres in November and will kick off in 1964.

Oscar winner Olivia Colman (Fleabag) takes over from Claire Foy as the Queen.

“Everyone has such a particular idea of Margaret. It’s very daunting and I don’t really look like her,” she told The Telegraph in December 2018.

“But like the Queen, no one really knows what they’re like privately, so you can make your own choices.”

As well as consulting the psychic, she found her way into the role by researching Margaret through people who knew her, including a close relative and three former ladies-in-waiting.

“They really loved her, and when you go to the inner circle of people … they were very happy to talk about her because they miss her,” she said.

“I felt very lucky to suddenly be the receptacle of all these stories. I think, for a lot of the friends, they are so tired with her being portrayed in a one-dimensional, very bitchy understanding of her.”

Bonham Carter also had the inside running on Margaret, having met her a couple of times when she was alive.

The actor, whose great grandfather Herbert Asquith was UK prime minister from 1908 to 1916, was introduced to Margaret as a child by her uncle, former Liberal MP Mark Bonham Carter.

He “bizarrely” went out with Margaret in the 1940s when he was in the Grenadier Guards and stayed friends with her until his 1994 death.

“He guarded Princess Margaret and Elizabeth and I think something happened then. I have photos of them together and they look dashing as a couple,” Bonham Carter said.

As an adult, she met Margaret again at a reception at Windsor Castle.

“She was on her own and I approached her,” Bonham Carter said.

“She said ‘Oh Helena’, and she knew who I was because of Mark and knew who my dad was and she said ‘You are getting better at acting, aren’t you?’”