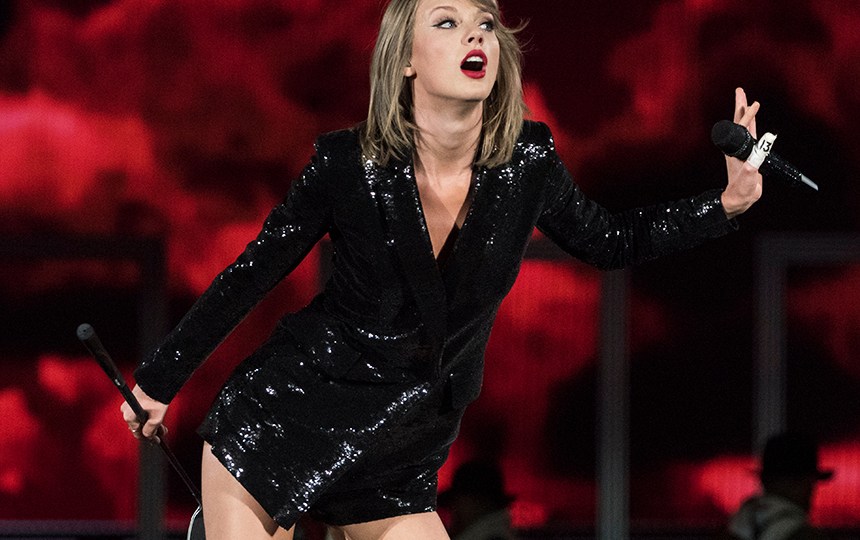 Taylor Swift was slated to do only two song, but now Cup goers won't see her at all. Photo: Getty

Under fire from animal-rights activists, megastar Taylor Swift has bailed on her slated Melbourne Cup show – although she’s blaming “scheduling issues”  rather than a barrage of criticism.

Swift had been set to perform two hits from her latest album Lover at the November 5 race, but changes to her promo schedule in Asia have made that impossible, promoters said Saturday night.

It comes after fierce backlash from animal activists, demanding that she cancel.

“Regrettably, Taylor is no longer able to make it to this year’s Melbourne Cup,” Mushroom Events’ Michael Gudinski said in a statement on Saturday.

“Changes to her Asian promo schedule have made it logistically impossible for her to be here.”

The Coalition for the Protection of Racehorses (CPR) had accused Swift of putting money before compassion and led a vocal campaign calling for her to cancel.

Fans and activists took to social media condemning Swift’s planned performance and demanding she distance herself from the “cruel” sport of horse-racing.

CPR spokeswoman Kristin Leigh said the pressure on Swift to cancel her performance was significant.

“Her fans did not want to see her supporting animal abuse,” Ms Leigh said.

“Whilst the reason being used by the racing industry is a scheduling mix up, it appears to us that she has responded to those calls,” she said.

Victoria Racing Club chief executive Neil Wilson says the change of plans is disappointing for everyone.

“The (club) has learned that Taylor Swift is now unable to make the trip to Australia and therefore cannot be with us on Melbourne Cup Day,” he said.

“We understand how important the pre-Cup entertainment is and we look forward to providing an update shortly.”

Swift’s planned appearance at the race that stops the nation was announced with much fanfare just over a week ago.

“I’ve heard so much about the race.”

Ms Leigh said any replacement artists booked to play at the Melbourne Cup should expect the same backlash.

“We will be keeping a close eye out for whether another artist is announced to perform at the day, which is widely becoming known as a national disgrace,” she said.