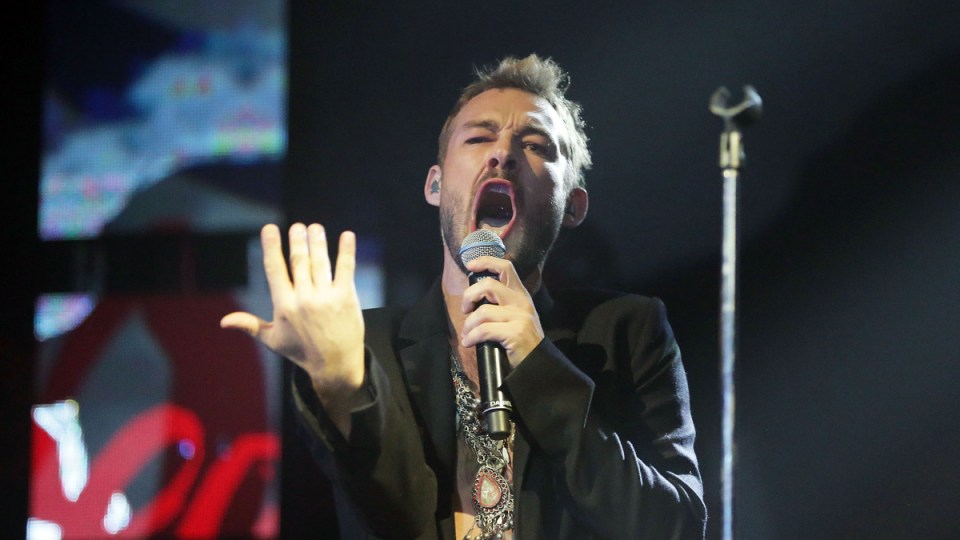 Johns alleges the paper made him out to be a “sexual pervert”.

The article published last month paints Johns as a frequent visitor to Sydney brothel, the Kastle, which specialises in bondage, sadism and masochism, according to documents filed in Victoria’s Supreme Court.

Johns says the claims are false as he’s never been to the venue and didn’t even know it existed.

“I have now issued legal proceedings in order to publicly correct the facts and vindicate my reputation,” he wrote on Facebook on Thursday.

“This false reporting has been very hurtful, humiliating, and damaging to me and my family.”

Front page and online stories headlined “King of the Kastle” and “Fallen Silverchair rocker makes fetish parlour home” defamed Johns as “such a sexual pervert that he uses the services of prostitutes at one of Sydney’s most notorious brothels,” the court documents claim.

Johns said the article claimed the brothel had become his second home, patrons and staff were fed up with him and that he was “full of venom and anger”.

“The article was simply untrue,” he said, adding neither he nor his representatives were contacted before publication.

The Kastle said Daniel Johns had never been to the brothel.

“We’re unsure of the source of this false information. In our 30 year history, we’ve never revealed the identity of clients and take privacy very seriously,” it said in a tweet after the article was published.

A spokeswoman for News Corp Australia said it does not comment on legal proceedings.