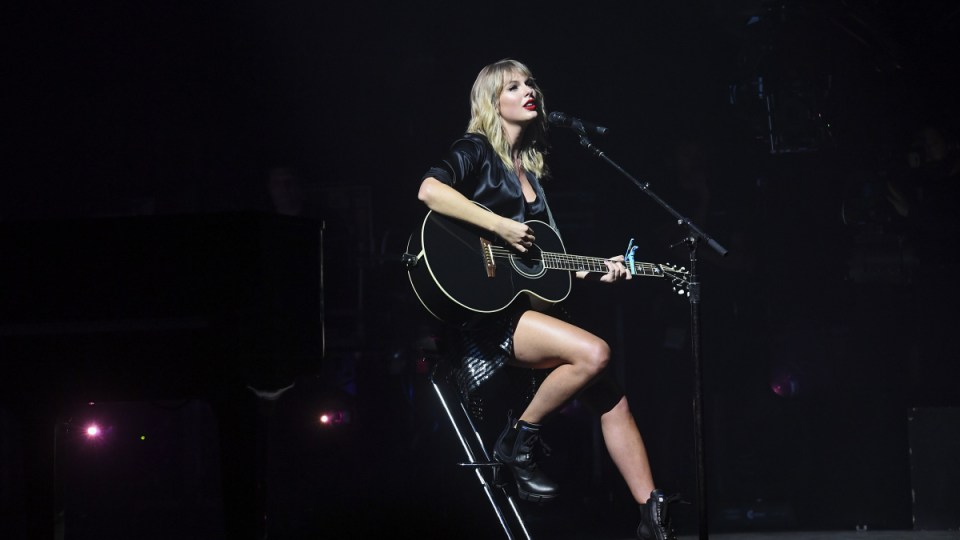 "I wasn't sure exactly what I did that was so wrong," Taylor Swift (in Paris on Sept. 9) told Rolling Stone. Photo: Getty

Taylor Swift has revealed her career made her feel “like I was going insane”, so much so that she identifies with Game of Thrones’ mad queen Daenerys Targaryen’s tragic and brief reign.

The 29-year-old made the claim in a fascinating interview with Rolling Stone where she said she considered giving up music because she was picked on so much and “felt the situation was pretty hopeless”.

Swift – whose naming as the headline act at the 2019 Melbourne Cup created controversy – said her past few turbulent years have been like being pulled into a rip.

“So what are you going to do,” she asked.

“Splash a lot? Or hold your breath and hope you somehow resurface? And that’s what I did. And it took three years.”

The star said Daenerys’ story arc, which saw her gain the Iron Throne only to be killed by her lover Jon Snow, illustrated it’s “easier” for women to grab power than hold onto it.

While saying she “didn’t want” Daenerys to become murderous, she thought the show’s writers were trying to show it was easier to climb to the top than stay there.

“Because for me, the times when I felt like I was going insane was when I was trying to maintain my career in the same way that I ascended.

I hadn’t done a Rolling Stone cover in 5 years, and hadn’t seen @hiattb since I got in 2 car crashes while driving him around during our interview in 2012. 🤦‍♀️ There were no cars driven this time, but we had a lot to catch up on. Thank you @rollingstone and Brian for everything you did to make this cover happen. And @erikmadiganheck for taking these photos, absolutely loved working with you!

Swift, who is 2019’s highest paid celebrity according to Forbes, admitted there have been times she came close to hanging up her guitar.

“People had so much fun hating me, and they didn’t really need very many reasons to do it,” she said.

“For a very long time, I didn’t have the internet on my phone, and my team and my family were really worried about me because I was not in a good place.”

Swift also said “the world didn’t understand the context” of events leading up to her ongoing feud with Kanye West, particularly the bad blood over his name-checking her in a misogynistic line in his 2016 song Famous and the he-said, she-said that followed.

“All I ever wanted my whole career … was for him to respect me,” she said.

“That was not just a singular event. Basically, I got really sick of the dynamic between he and I.”

“He wants to be nice to me behind the scenes, but then he wants to look cool, get up in front of everyone and talk s–t.”

Staying on personal topics, the singer told Rolling Stone she will sing but not talk about her English actor boyfriend Joe Alwyn, 28.

The couple’s three-year romance inspired many of the lyrics on Swift’s latest album Lover.

“Singing about something helps you to express it in a way that feels more accurate,” Swift said.

She also talked her regrets over how her ‘girl squad’ was perceived and why she’s never gone to therapy, despite feeling low.

“I talk to my mum a lot, because my mum is the one who’s seen everything,” she said.

She said she used to be like a friendly golden retriever, “wagging my tail” at everyone: “Now, I guess, I have to be a little bit more like a fox.”