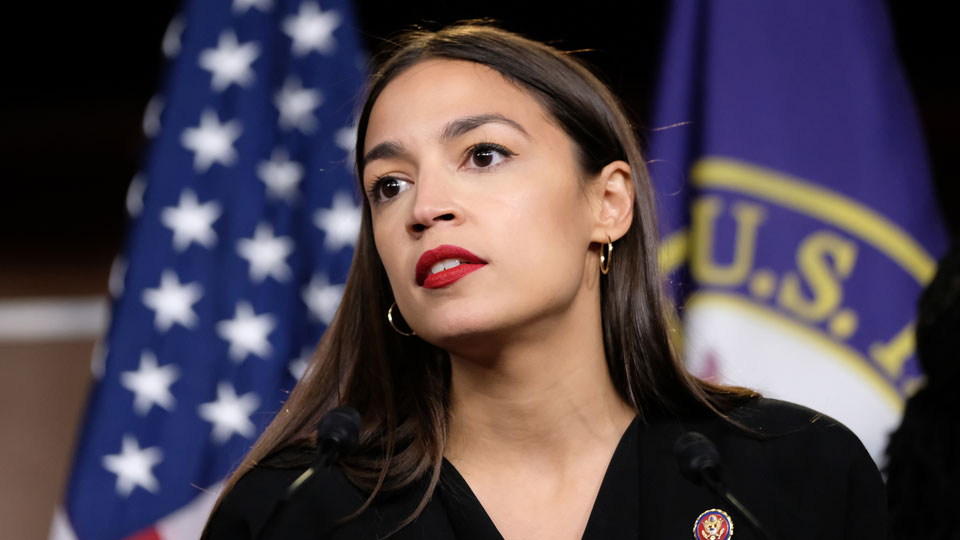 Alexandria Ocasio-Cortez (in Washington DC on July 15) is one of Time's most influential people on the internet. Photo: Getty

So, Prince Harry and Meghan Markle are among the 25 people – or groups, or in this case, pairs – named by Time magazine in its fifth roundup of the most influential people on the internet.

Prince William and Kate Middleton, however, are not. And also edging out the future King and Queen are some surprising and controversial people who may not be on your social media radar.

But back to Harry and Meghan for now.

The Time ranking means less than five months since launching their Sussex Royal Instagram account, Harry and Meghan’s carefully-curated social media presence is the most powerful in the royal family.

Sussex Royal gained 2.9 million followers in 24 hours and now has 9.1 million, closing in on the Cambridges’ 9.6.

This evening, The Duke and Duchess of Sussex attended #TheLionKing European premiere in London at the Odeon Theatre. In celebration of the film’s release, The Walt Disney Company announced #ProtectThePride, a global conservation campaign to support efforts protecting the rapidly diminishing lion population across Africa. As a part of their commitment to this cause, Disney also made a donation to The Duke of Sussex’s upcoming environment & community initiative which will be formally announced this autumn. The Duke and Duchess are committed to advancing conservation efforts across Africa and around the world, and working with communities to ensure a sustainable future for the planet. This evening Their Royal Highnesses had the pleasure of meeting the cast and creative team behind the film, as well as supporters of @africanparksnetwork, of which The Duke is President. Photo credit: PA images / Getty images – Chris Jackson

Harry and Meghan have landed on the Time radar because their Insta page is “about remaining relevant”,  Dr Brent Coker, author of Going Viral and consumer psychologist at the University of Melbourne, told The New Daily in April.

“They’re very sophisticated about how their public life is orchestrated. My guess is they want to appeal to the millennials, hence the decision only to have an Instagram account.

“In terms of targeted appeal they’re not spreading their resources thin.”

Hot on the heels of that news, The Sun’s royal correspondent Emily Andrews reported the couple’s new foundation is called – staying on brand – Sussex Royal The Foundation of the Duke and Duchess of Sussex.

As for the more eclectic choices, Time (see the magazine’s full list here) went for a mix of entertainers, millennials and inadvertent political forces.

Lil Nas X developed his online fan base curating Twitter memes before parlaying 2018 track Old Town Road (“made to a $30 beat”, said Time) into the soundtrack to the “#yeehaw” challenge on video-sharing app TikTok and “kickstarting a conversation about Nashville’s exclusion of black artists”.

Rahaf Mohammed was an unknown until she opened a Twitter account in January to highlight her plight.

Alone in Bangkok, stripped of her passport and facing deportation back to her homeland, she “rallied approximately 45,000 followers in a single day”, said Time, which led to the UN Refugee Agency placing her in Canada and a growing awareness of the treatment of Saudi women.

Once a six-second novelty act on YouTube, Liza Koshy is now a fashion maven and film and TV actor (Freakish, Boo! A Madea Halloween) and performs “frenetic skits stuffed with virtuostic dancing” for her 17.9 million Instagram followers.

Brian Kolfage earned his spot after starting a GoFundMe campaign in December that has raised more than $35 million – the largest sum in the platform’s history – to help build Donald Trump’s Mexican border wall.

The School Strikers – a global climate change movement kicked off by a defiant act by a single Swedish teenager – are honoured by Time, as is former Dance Moms star JoJo Siwa and Chris Godfrey.

Yes. Who? You’ll know Godfrey better as the London advertising exec who created the World Record Egg, a January Instagram post that overtook Kylie Jenner’s photo of her baby as the platform’s most-liked image.

Let’s set a world record together and get the most liked post on Instagram. Beating the current world record held by Kylie Jenner (18 million)! We got this 🙌 #LikeTheEgg #EggSoldiers #EggGang

Among the higher-profile names on the Time list of the internet’s most influential people: the youngest congresswoman in US history Alexandria Ocasio-Cortez, singer Ariana Grande, vlogger James Charles and South Korean supergroup BTS.