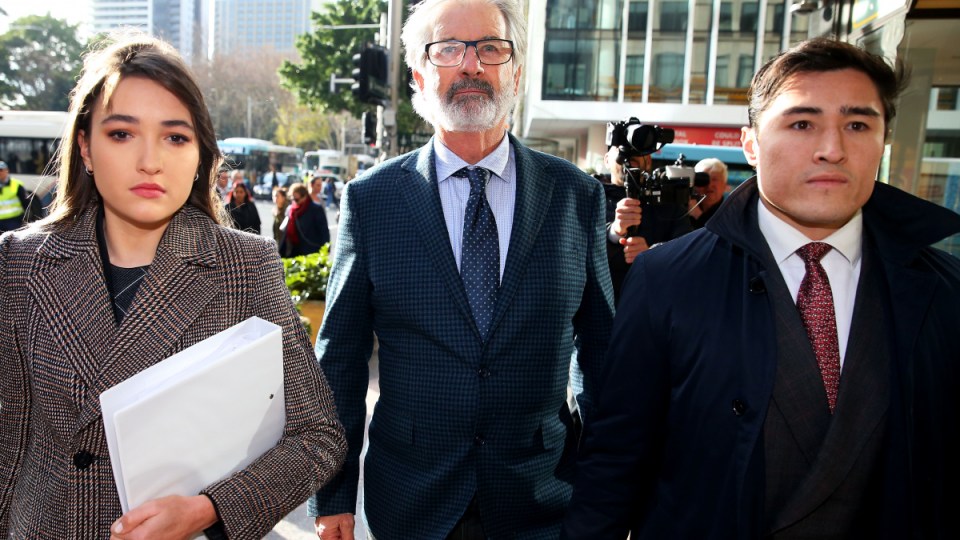 Actor John Jarratt has told a Sydney court he was “seduced” into consensual sex by a woman who has accused him of rape more than 40 years ago.

The 66-year-old was giving evidence on the fourth day of his NSW District Court trial after pleading not guilty to raping the 19-year-old in an eastern Sydney share house.

During a recorded police interview in June last year, Mr Jarratt described the allegation as a “scandalous lie” and the thought of having sex with a woman against her will as “unimaginable”.

On Thursday, Mr Jarratt told the jury he came home after having dinner with a film director one night in 1976 and the woman beckoned him into a bedroom.

He recalled a conversation about working on movies and the woman telling him she found him attractive.

“From there there was, I feel, a seduction,” Mr Jarratt told the court.

“I unfortunately participated in that.

Mr Jarratt said the woman told him to keep quiet for fear of waking his wife Rosa Miano.

The complainant has given evidence that Mr Jarratt smelled of alcohol when he allegedly forced himself on her.

But Mr Jarratt said he hadn’t been drinking because he was driving.

The actor recalled the “awkward” moment of getting dressed again, contradicting the woman’s evidence that he remained clothed, including that he was wearing a long black leather coat, during the alleged rape.

The jury was played a video of Mr Jarratt’s police interview yesterday.

“My father raised me to respect women, and that’s how I am,” he told detectives, reading from an eight-page statement prepared with his lawyers.

“It is unimaginable to me that I could ever have sex with a woman against her will.”