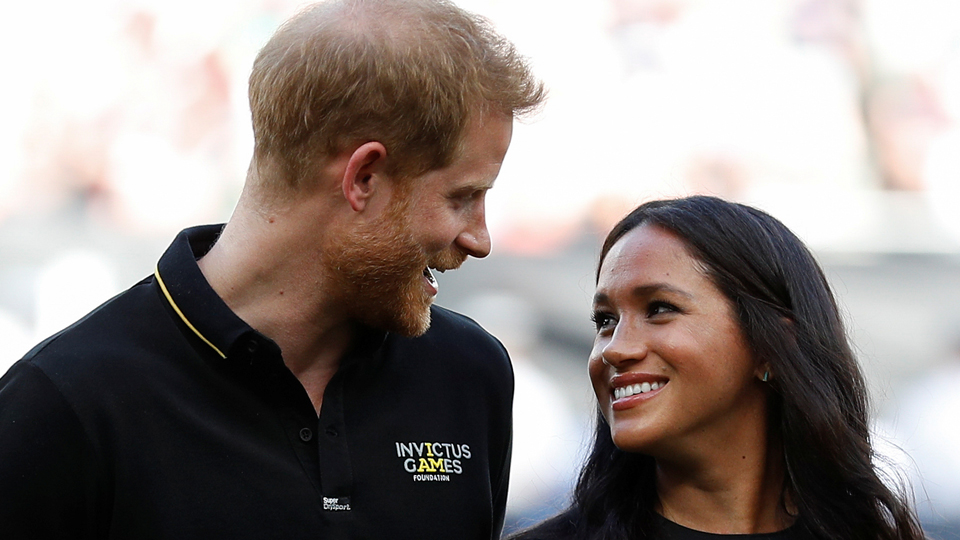 Prince Harry and Meghan Markle at London Stadium for a baseball game on June 29. Photo: Getty

Meghan Markle and Prince Harry’s reported decision to keep son Archie’s christening at St George’s Chapel at Windsor Castle a private affair has been slammed as “a mistake” by Harry’s biographer.

“They can’t have it both ways,” royals author Penny Junor told The Sunday Times.

“Either they are totally private, pay for their own house and disappear out of view or play the game the way it is played.”

Last Tuesday annual royal accounts were released showing $4.4 million was spent renovating the Sussexes’ Windsor home Frogmore Cottage to be renovated from five properties into one.

A public outcry about taxpayers funding the royals’ lifestyle followed, but it was later reported the renovations were paid for from the Sovereign Grant.

This is a grant paid to the Queen by the government.

Harry, 34, and Meghan, 37, “are determined to raise [Archie] as a ‘private citizen”, which means media won’t be invited to take photos of the royals going in and out of the chapel, according to The Sunday Times’ royals reporter Roya Nikkhah,

Instead, it is expected Harry and Meghan will release carefully-edited photos from the day on their Sussex Royal Instagram account.

“In terms of public relations it would be a good quid pro quo for the pair to briefly show Archie off,” Ms Junor said.

“It isn’t baring your baby’s soul, just giving the public who love and support them a crumb to enjoy.”

The news of the ‘demand’ for privacy sparked division on social media.

One user said asked for the money “used to pay for their vegan paint” at Frogmore to be paid back.

In reply, a second Twitter user asked if the complainer wanted their $2 contribution back “in a check or cash … Sussex Squad will gladly forward your meagre refund.” 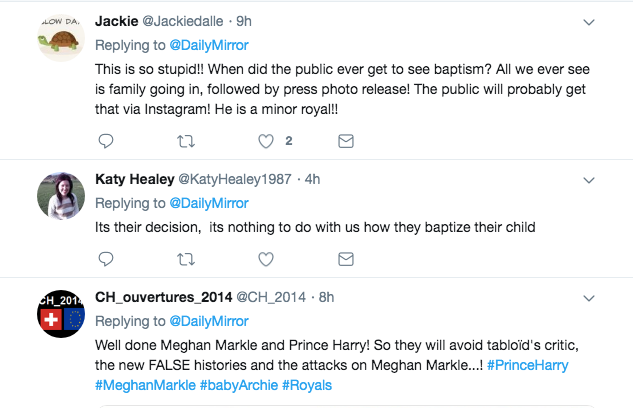 So far Archie has been seen only at a May 8 photo call with his parents when he was two days old and in two Instagram partial photos to mark Mother’s and Father’s days in Britain.

“Privacy is more precious to Harry than to almost any of the other member of the royal family,” a friend told The Sunday Times.

“As Archie is not an HRH he feels he has every right to strictly police his son’s privacy.”

Multiple media outlets say the christening will be held on the weekend of July 6 and 7.

Buckingham Palace’s published list of future engagements has no events for any royal family member on that day, although it has been reported the Queen won’t attend because she will be in Balmoral for the summer.

Only about 25 guests will see the Archbishop of Canterbury christen Archie with River Jordan water from the historic Lily Font, according to reports.

Meghan’s mother Doria Ragland is said to be flying in from California and the former Suits star’s friend Serena Williams has been touted as a godmother.

Williams will be in Britain for Wimbledon, which starts on Monday.

Kate and William allowed cameras to capture their children at their christenings.

Princes George, 5, and Louis, 1, were baptised at the Chapel Royal, St James’s Palace, in London. At Louis’ christening, Princess Charlotte told reporters “You’re not coming” to the after party.

Charlotte’s christening at St Mary Magdalene Church on the Queen’s Sandringham estate in Norfolk, was like a Vogue shoot, with Kate bowling up to the service pushing her daughter in a Silver Cross pram.

The Cambridges invited the public to share in the day, opening up the paddock outside the churchyard and saying they would be “pleased to welcome well-wishers”.

Buckingham Palace has not commented on any reports about Archie’s christening.