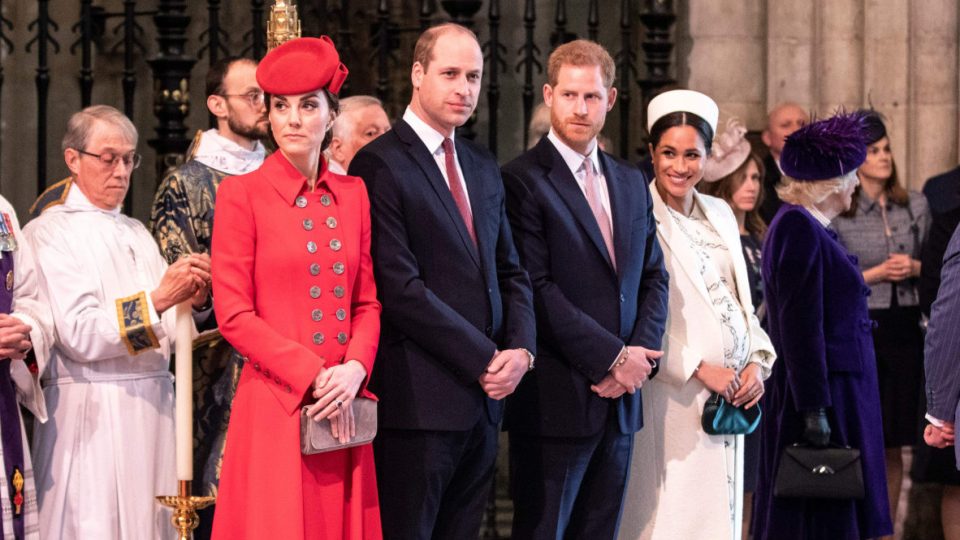 The Fab Four seemed to be bringing new life to the fusty monarchy. Photo: Getty
opinion

Predictably – cue the Dynasty theme song played by a trumpeter in ye olde red coat – Kate Middleton and Meghan Markle have been cast in the role of villains in the latest royal drama.

When Kensington Palace announced on Friday the Royal Foundation run by the Cambridges and Sussexes is to be split up, the press and social media rewrote the administrative move as a tale of two warring factions with hair-pulling competitive women at its heart.

Sniped royals commentator Duncan Larcombe in UK tabloid The Sun, Meghan and Kate’s “contrasting backgrounds” could be why the two couples want to do their own thing.

Meghan and Kate, both 37, are “extremely different”, we’re told.

Well, der. Stop the presses, Duncan. This is news!

Why haven’t we heard before that one is a biracial once-divorced former American actress and another is a middle-class English rose who is good at hockey and has never held down a paid job?

Mr Larcombe continued on his merry way: the Duchess of Cambridge “certainly wouldn’t be well known” without William but Meghan would, “so she’s bound to have more opinions about her PR.”

The trope of blaming Meghan and Kate for everything that happens in the rarefied world of the Cambridges and Sussexes is a painful way of  proving they are undoubtedly the world’s biggest celebrities.

Their lives are seen as an unfolding soap opera which constantly needs fresh twists to keep the audience engaged. And by fresh twists, read new versions of the hoary old chestnut that they’re at war.

Meghan’s absence from work while she learns to be a mother to baby Archie has created a vacuum for royals reporters who need something to feed the public appetite.

No problem. Cue headlines last week Prince Philip, 98, warned his grandson Harry, 34, not to throw his lot in with Meghan: “One steps out with actresses, one doesn’t marry them”.

Interesting. We’re meant to believe Harry then shared the advice with a passing reporter because he wanted the whole world to know?

It all smacks of Totally Made Up – the Evening Standard’s royals commentator Robert Jobson agrees –  as does the rival theory to the Kate v Meghan smackdown scenario.

This one says Meghan’s not the problem – sorry, what? – Harry is, apparently based on his unsmiling turn at June 8’s Trooping the Color.

Big deal. It was a sunny London Saturday, prime time for polo or falling asleep after lunch with his baby son on his chest, and he was stuck having to go to work with Nan in a carriage and an elaborate costume, as if he was still five.

The announcement from Kensington Palace said the decision for the Royal Foundation to become the main “charitable vehicle” for Kate and William, 37, later this year was made with the couples’ “divergent paths” in mind.

Meghan and Harry will establish their own new charitable foundation, a move that will set up the couples “for their future roles” and be in the best interests “of their new households.”

Makes perfect sense. The palace machine is just putting into action a plan that would have been made decades ago for what happens when the Queen is gone and Prince Charles is on the throne.

The complicated dynastic rules mean that since they were born, it’s been inevitable and natural that one day princes William and Harry would have separate responsibilities.

One has to be king, a job Harry has said “nobody” wants, the other has more freedom.

Despite whatever career aspirations they might have had, they’re already stuck with having to work in the family business forever.

Army veteran Harry, for one, is a trained killer who loved military life.  But where centuries ago being born a royal male meant battlefields, now it means shaking hands and doing good deeds in anodyne circumstances.

William and Harry’s inherited jobs mean they can never take their children to the beach on a whim or never down a pint with their wives at the pub on a Friday night.

So if they can find some independence and roles that genuinely interests them within the hideously restrictive company they work for, good luck to them.

And lets stop blaming their wives. Remember how well things ended when Princess Diana was the fall guy?