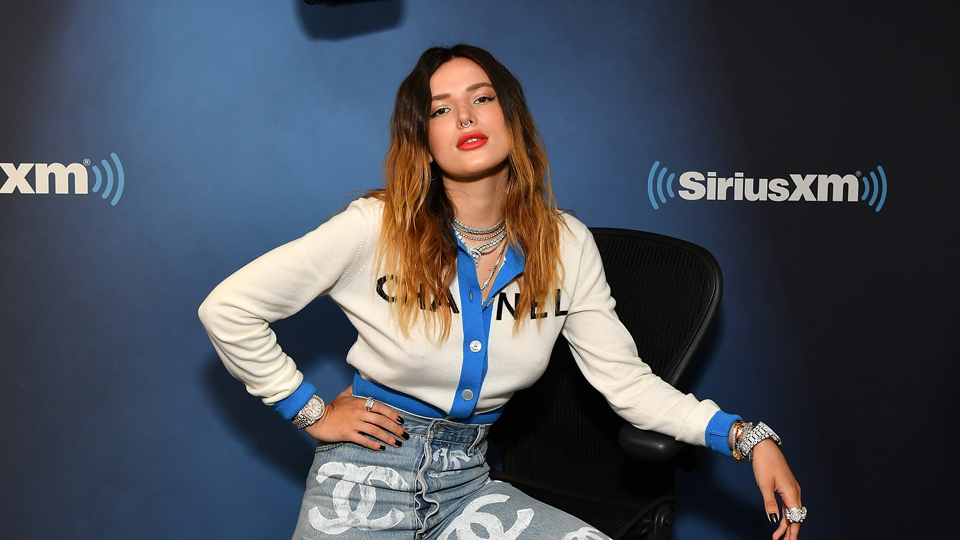 Former Disney Channel star Bella Thorne has posted topless photos of herself on Twitter that she said a hacker threatened to publicly release.

“I feel gross, I feel watched, I feel someone has taken something from that that I only wanted one special person to see,” Thorne wrote on Twitter on Saturday (US time.)

The Shake It Up star, 21, said she wept for a day after a hacker allegedly sent her her own photos and snaps of other celebrities.

Thorne tweeted screenshots of texts that contained the topless photos. In a statement posted to her Twitter account, she wrote she was threatened for 24 hours with her “own nudes”.

She said that she released the images to take control of the situation: “F–k u and the power u think you have over me.”

Thorne also shared two photos of herself in underwear with her 19.6 million followers. One showed her in a bra holding her pants, with the caption, “Pix u send to ur bf.”

The Blended and Famous in Love actor also wrote a long post about what she said had happened to her, much of it in capital letters to underline her emotions.

“For too long I let a man take advantage of me over and over and I’m f—ing sick of it, I’m putting this out because it’s my decision.

“Now u don’t get to take yet another thing from me. I can sleep tonight better knowing I took my power back. U can’t control my life u never will.”

Thorne finished the post by telling the alleged hacker that the FBI “will be at your house shortly”, then referenced the topless shots attached to her original tweet: “In other words here’s my boobies.”

Thorne, who spent last week promoting her book The Life of a Wannabe Mogul, did not respond to media outlets’ requests for comment. She did not identify her hacker in the posts.

The act or has been in a public stoush with her rapper ex-boyfriend Mod Sun since their April split after a year of dating, accusing him of keeping her computer and passport from her.

Mod Sun, 21, told TMZ the allegations were false and accused Thorne of breaking into his home.

He said he returned Thorne’s computer the day after they broke up and that she asked for her passport two months later, saying she needed it in two hours.

According to the TMZ interview, he was out of town and had someone else look through the house, but it took a day to find the passport in a safe.

He also said Thorne has some expensive knitwear of his that he wants back.

Thorne appeared on The Jenny McCarthy Show last week and was asked if she had her things back from her ex’s place.

In 2014, Oscar winner Jennifer Lawrence, 28, was the victim of an iCloud hack that saw her intimate photos published across the internet.

Speaking on The Hollywood Reporter’s podcast Awards Chatter in 2017, Lawrence described the incident as “so unbelievably violating that you can’t even put it into words”.

She said “it was almost like a ransom situation where they were releasing new ones every hour or so.

“I feel like I got gang-banged by the planet – like, there’s not one person in the world that is not capable of seeing these intimate photos of me,” Lawrence said.

“That was a really impossible thing to process.”