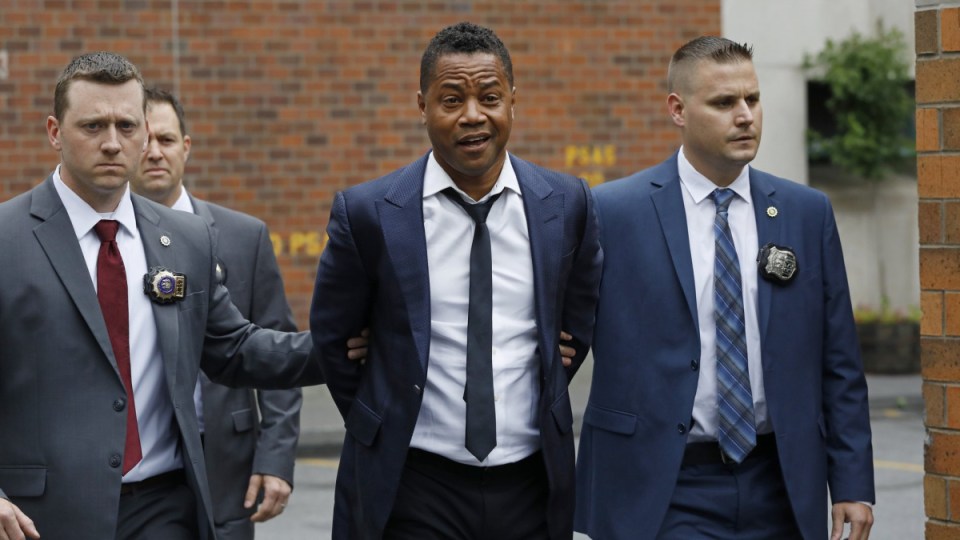 Gooding vigorously denies the claims against him, Photo: AP

Oscar-winning actor Cuba Gooding Jr has been arrested and charged with forcible touching a woman at a Manhattan bar.

He faces one misdemeanor count of forcible touching in an incident that allegedly occurred on Sunday.

Gooding has denied the accusation, which was made by an unidentified woman who said he touched her breasts at the Manhattan bar.

Gooding’s lawyer, Mark Heller, said security video from Magic Hour Rooftop Bar & Lounge showed no criminality on his part and will exonerate him.

“There is not the slightest scintilla of inappropriate conduct on his part,” Mr Heller said.

After reviewing the security video, Mr Heller said he was hesitant to let Gooding surrender, but decided to go through with it.

He said he was surprised police and prosecutors were moving forward with the case.

Gooding won the Academy Award for best supporting actor in 1997 for his portrayal of an athlete in the film Jerry Maguire.

In 2016, he was nominated for an Emmy for playing OJ Simpson in the miniseries The People v. O.J. Simpson.