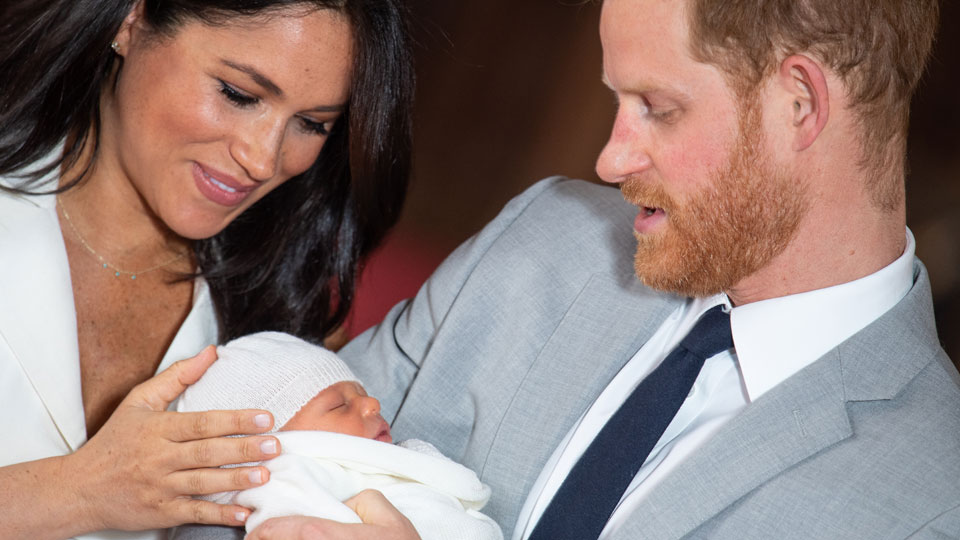 It's not just a boy! It's a PR triumph! Meghan, Harry and Archie revolutionise royal PR on May 8. Photo: Getty

Even in their earliest photos together – think of the paparazzi shots of them carting a handpicked Christmas tree through London streets – Prince Harry and Meghan Markle were PR savvy media naturals.

Their engagement shots were more Vogue shoot than fodder for the Windsor family album, as was the wedding where Meghan, with no lace and barely any makeup, redefined bridal chic.

Then there was the sundress revealing a hint of royal thigh on Fraser Island. The loved-up snaps in a New Zealand forest. The growing baby bump, the smiles and constant touching.

But everything was outclassed by the masterful public relations rollout of the birth of son Archie.

The Sussexes, it seems, got exactly what they wanted out of the experience – from a healthy baby to millions of new social media followers for their already-stellar brand – and so did royals fans.

As one UK columnist put it, the handling of the family’s expansion was “Jedi-level PR.”

Even Archie played his part. Newborns often look like screaming oranges in fright wigs, to paraphrase Nancy Mitford. But the little royal displayed a perfect nose and deep state of sleep.

On Monday, by the time the Sussexes’ PR chief Sara Latham confirmed the duchess was in labour, the baby was born.

While Ms Latham blamed a “colossal tech failure” on the lack of a heads-up, it meant any possible privacy leaks were stopped. Meghan didn’t have a global audience wondering what was going on with her lady parts.

And, lo and behold, the late notification meant the Sussex Royal Instagram account had the ‘It’s a Boy!’ visuals ready to go. (And the news was conveyed in 2019 language, not in ‘the duchess was safely delivered of a child’ 1800s mode.)

We are pleased to announce that Their Royal Highnesses The Duke and Duchess of Sussex welcomed their firstborn child in the early morning on May 6th, 2019. Their Royal Highnesses’ son weighs 7lbs. 3oz. The Duchess and baby are both healthy and well, and the couple thank members of the public for their shared excitement and support during this very special time in their lives. More details will be shared in the forthcoming days.

“The whole approach was a master stroke in teasing the audience and letting anticipation build,” social media expert Ryan Shelley from Sydney’s Pepper IT tells The New Daily.

As with all their Instagram poster posts, the Sussexes used the now-signature blue for the birth notice, handy even in a gender neutral era.

“Yes – could they have known they were having a boy?” asks Ms Reaney.

“The visual consistency is essential for brand identity and the style is clean, cute and royally elegant.”

Next up was Harry’s endearing and candid press conference outside the Windsor Castle stables. He wore a dad jumper and even said hello to the horses. Tick!

The couple’s decision not to pose with their baby outside hospital caused consternation initially, but their way ended up being much more ‘Insta-worthy’.

No ugly brick wall and a London street as backdrop, but rather the wood panelling and red carpets of St George’s Hall. And instead of a new mother holding the baby, we had a beaming prince doing the duties.

It was a genius meshing of Windsor tradition and modernity.

“The control of communication has been at the hands of Meghan and Harry, which is impressive given the enormity of global interest of her pregnancy and birth,” Ms Reaney says.

“They’ve managed to remain within the boundaries of royal protocol but adding their own flair.

“And mothers across the globe could be empathetic to her desire to take these shots and front the public in her own time and way.”

The crowning glory in the suite of PR decisions was the decision to keep up the suspense about the baby’s name for a couple more hours after the photo call.

That announcement was bundled into a package with the photo of the moment the Queen and Prince Philip met their new great-grandson. It’s history, and it was shared with the world. New frontier stuff.

The Duke and Duchess of Sussex are pleased to announce they have named their first born child: Archie Harrison Mountbatten-Windsor This afternoon Their Royal Highnesses introduced Her Majesty The Queen to her eighth great-grandchild at Windsor Castle. The Duke of Edinburgh and The Duchess’ mother were also present for this special occasion. Photo credit: Chris Allerton ©️SussexRoyal

How often do we see what goes on behind palace doors, without artifice? “The photo really humanised the royals,” Ms Reaney says.

It’s an extraordinary image, especially because Meghan’s mother Doria Ragland, an LA yoga teacher, is seen on an equal footing with the monarch. The message is the duchess’ family is just as important as Harry’s when it comes to Archie.

“They’ve done a very good job, particularly operating within the conservative nature of the royal family,” Mr Shelley says of the Instagram clinic put on by Meghan and Harry.

“They’ve managed to keep that conservative side and respect, but display it on a modern channel.”

‘What a hit’: Albanese on attack after dire wages data
Inquiry into mother’s convictions over deaths of four children
Viagogo loses appeal over $7m penalty
Sydney home sprayed with bullets in gang violence
‘Admit what the hell is going on’: Biden wants US to face White Supremacy problem
Device detonated, man arrested in Brisbane sieges
Prince Harry reveals the surprising thing Archie did the day he was born
Today's Stories