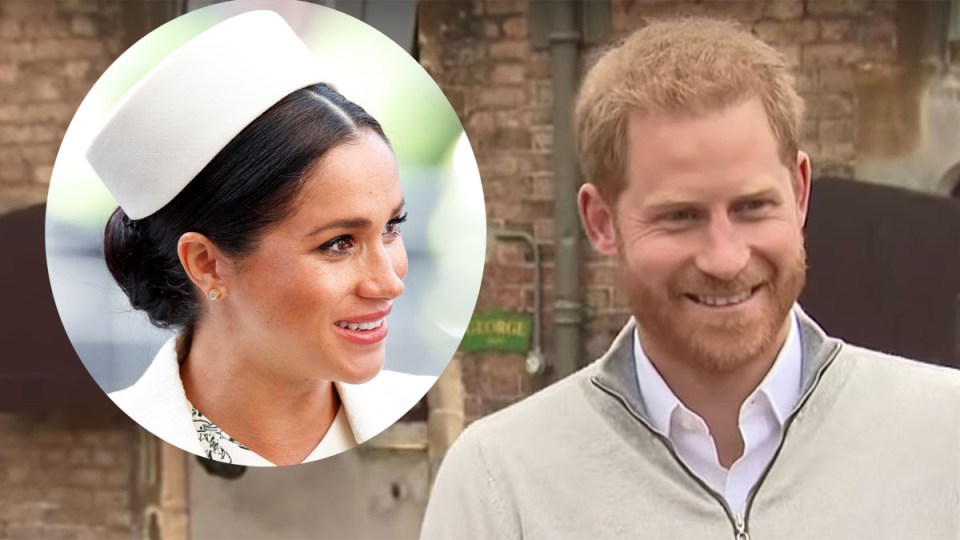 Prince Harry (on May 6) is "over the moon" about becoming a father for the first time. Photo: TND

An emotional Prince Harry has described the birth of his son as “absolutely incredible” and called the baby “to die for”.

“It’s been the most amazing experience, How any woman does what they do is beyond comprehension,” he said.

Seventh in line to the throne, the 3.26kg boy was born at 5.26am local time, apparently at the couple’s newly renovated Frogmore Cottage home.

It was Meghan’s wish to have a home birth, just as the Queen did with her four children. Along with Harry, Meghan’s mother, Doria Ragland, was also reportedly with her for the delivery.

“I’m very excited to announce  that Meghan and myself had a baby boy this morning, a very healthy baby boy,” the beaming new father said.

Asked what it was like to be with Meghan, 37, for the birth, Harry laughed.

“I haven’t been at many births. This is definitely my first birth. It was amazing, absolutely incredible, and, as I said, I’m so incredibly proud of my wife.

“As every father and parent will ever say … your baby is absolutely amazing, but this little thing is absolutely to die for,” he said.

The Duke admitted that even though the baby was overdue and the couple “have had a little bit of time to think about names”, they haven’t made a firm decision yet.

“Still thinking … that’s the next bit,” he said, adding that the name could be announced within the next two days when a first photo of the new family of three is expected to be released on Instagram.

Off camera, Harry “looked relaxed and was understandably in a very good mood” despite his long day, according to reports.

After it was announced by Buckingham Palace on Monday that the “Duchess of Sussex went into labour in the early hours of this morning”, crowds gathered outside Windsor Castle where a town crier announced the royal birth.

“God bless America and God save the Queen.”

Onlookers also crowded outside the Palace gates as the traditional ceremonial easel announcing the birth of Baby Sussex was unveiled just after 4.45pm.

“The Queen and the Royal Family are delighted at the news that Her Royal Highness The Duchess of Sussex was safely delivered of a son at 0526am today,” the announcement said.

Former actress Markle and her son “are both doing well”, the palace said.

A notice of birth has gone on display on the forecourt of Buckingham Palace following the birth of The Duke and Duchess of Sussexes’ son. It is tradition that this goes on display on a ceremonial easel for members of the public to view for approximately 24 hours. @sussexroyal

The birth of the child, his weight and gender, was announced after the Queen was informed, followed by other close family members including Prince Charles, the Cambridges and Harry’s uncles and aunts.

Five months after their Windsor Castle wedding last May, Harry and Meghan announced the pregnancy on October 15, the day they touched down in Sydney for their first official royal tour.

She has not been seen for 50 days since signing a book of condolences at New Zealand House in London on March 19 after the Christchurch massacres.

Harry said that he and Meghan are “really grateful for all the love and support shown to us.”

An Instagram post on Harry and Meghan’s Sussex Royal page said the couple was “overjoyed” to meet their son and share news of his May 6 birth.

We are pleased to announce that Their Royal Highnesses The Duke and Duchess of Sussex welcomed their firstborn child in the early morning on May 6th, 2019. Their Royal Highnesses’ son weighs 7lbs. 3oz. The Duchess and baby are both healthy and well, and the couple thank members of the public for their shared excitement and support during this very special time in their lives. More details will be shared in the forthcoming days.

As the royal family celebrated in private, famous friends congratulations via social media.

Congratulations, Meghan and Harry! Barack and I are so thrilled for both of you and can't wait to meet him. #RoyalBaby https://t.co/mfE7uc6ooV

Hearts are leaping for a beautiful, wondrous and healthy baby boy! Sending much love and wishes for every blessing across the pond today and everyday! ❤️

There is no official title arranged for the new baby, but the Queen can give permission for him to be called a Royal Highness if Harry and Meghan choose.

Prime Minister Scott Morrison has congratulated the Duke and Duchess of Sussex on the birth of their son.

“Huge congratulations to Prince Harry and Meghan, the Duchess of Sussex, on the birth of their baby boy today,” Mr Morrison tweeted on Tuesday.

“Becoming a parent is one of the greatest joys of life!”

Huge congratulations to Prince Harry and Meghan, the Duchess of Sussex, on the birth of their baby boy today. Becoming a parent is one of the greatest joys of life! #RoyalBaby pic.twitter.com/Cj2I8lzRSN

Prince Harry and Meghan announced they were expecting a baby on the first day of their visit to Australia last October.

Mr Morrison and his wife Jenny spent time with the royal couple during their trip down under.

“It’s great that the wonderful day has come and everybody is well.”

He said a baby’s birth, whether royal or otherwise, was a fantastic moment for any family.

‘To die for’: Emotional Prince Harry announces the birth of his baby with Meghan Markle