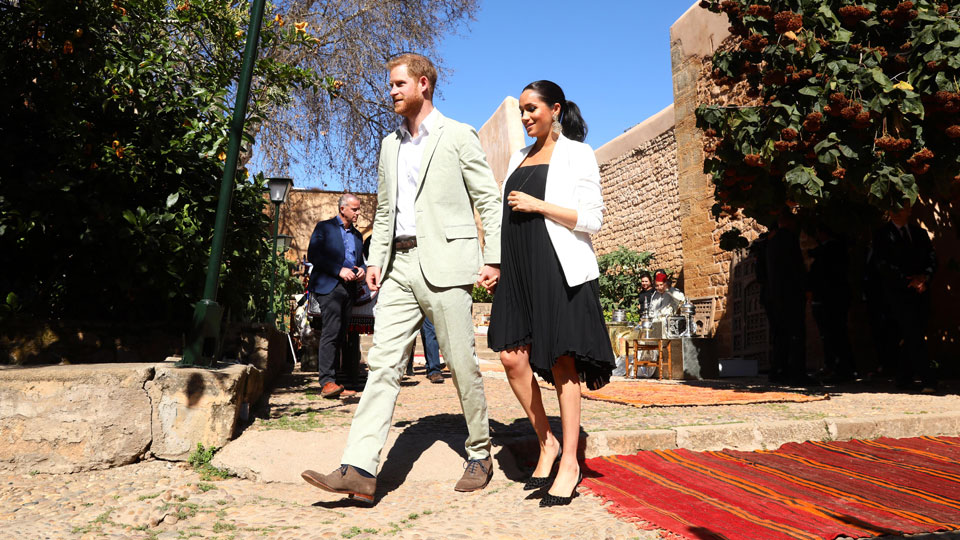 Even amid one of the happiest moments of his life – exulting publicly in the birth of his “very healthy baby boy” – Prince Harry admitted to a failure.

While his son was about a week overdue and Harry and wife Meghan Markle “have had a little bit of time to think about names”, they haven’t made a firm decision yet about what to call their firstborn.

“Still thinking … that’s the next bit,” the prince, 34, said at his hastily-arranged press call at Windsor Castle after the baby’s May 6 arrival, reportedly at a London hospital.

Harry teased that the name could be announced within 48 hours when a first photo of the new family of three is expected to be released on Instagram.

But for a couple as literal, thoughtful and social media-aware as the Duke and Duchess of Sussex – whose every choice from fashion to charities to Instagram fonts is planned and edited for relevance and style – picking a name could be a minefield.

This afternoon, His Royal Highness The Duke of Sussex shared the news of the arrival of his and the Duchess’ first born child. Their son was born early morning on the 6th of May, 2019 and weighs 7lbs and 3oz. Their Royal Highnesses thank you for your support and kindness during this exceptionally joyful time in their lives as they welcome their baby boy.

In a past life, California actress Meghan had the freedom to wear ripped jeans, and take part in wheelbarrow races while drinking margaritas in a bikini.

She played celebrity beach volleyball and posted platitudes that suggested sprinkles of optimism and fairy dust would solve all problems.

Back then, based on her running of blog The Tig, Meghan seemed the sort who might give a baby a surname for a first name, like Hunter, Fletcher or McKenzie.

Now a senior member of the British royal family, Meghan doesn’t have that same leeway, although given that Baby Sussex is only seventh in line to the throne she has a bit more wiggle room than the Cambridges.

Still, Harry and Meghan have their own problems.

He will not be granted the title of His Royal Highness unless the Queen intervenes – as she did with the Cambridge children – and unless Harry and Meghan accept the title.

Mia and Lena Tindall, the daughters of the Queen’s granddaughter Zara Tindall, did not automatically get an HRH title.

So far, the monarch has made no such decree for Baby Sussex, so he reportedly will probably take one of his father’s lesser titles and be styled the Earl of Dumbarton or Baron Kilkeel.

His first name will have to accommodate his mother’s possible desire for a name that reflects her African and American heritage, as well as Harry’s fondness for one that will fit in with the Ruperts and Archies when Baby Sussex goes to Eton.

As per bets placed with British and Australian bookies, there are definite favourites for the little royal but most are problematic.

Functional James is the clear frontrunner. But given the long-standing scuttlebutt about Harry’s mother Princess Diana’s affair with her riding instructor James Hewitt, it could be off the table.

Arthur is also a strong contender, but according to former Vanity Fair editor Tina Brown in her biography The Diana Chronicles, Prince Charles likes to be called Arthur in his most intimate moments.

Alexander is another hot tip, but it was snaffled by the Cambridges for Prince George’s middle name, and Meghan might prefer something that’s not recycled.

Philip would be a nod to the little boy’s great-grandfather but royals are traditionally leery of using the names of living relatives.

Albert has also been mooted, but again has adult connotations: A quick Google search shows it’s slang for a penis piercing.

That leaves the likes of Spencer – Princess Diana’s maiden name (see American fondness for last names, above) – Edward (see avoidance of living royals, above) and a surprise long shot.

Aidan, according to an internet theory, could appeal to both Meghan and Harry because it’s an anagram of Diana.

The same theory, it should be pointed out, did the rounds during Kate’s last pregnancy with Prince Louis and was a furphy.

The outside dark horse? Alfred. It has royal connections – Prince Alfred was Queen Victoria’s second son, a navy serviceman and Duke of Edinburgh – and can shorten to the fashionable Alfie.

The frontrunner names for Harry and Meghan’s baby son