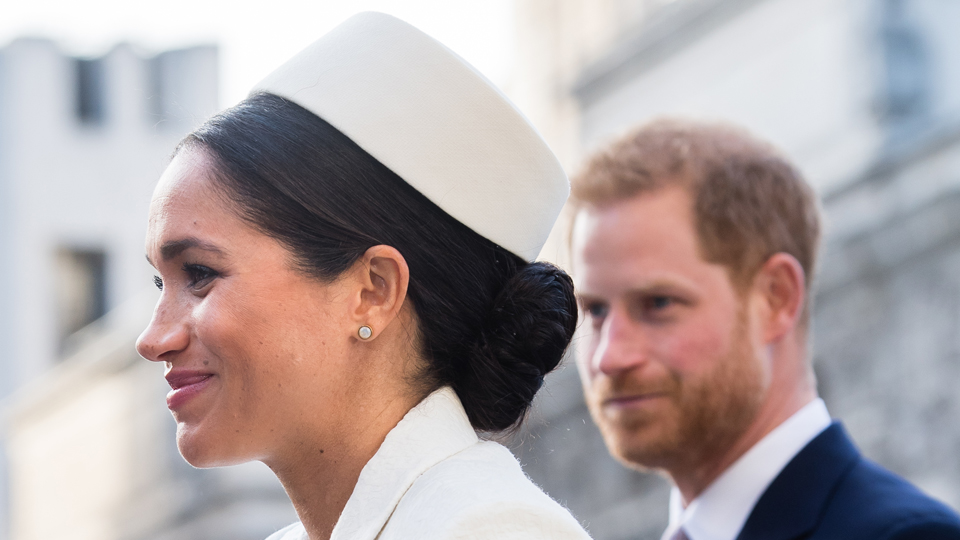 The Duke and Duchess of Sussex at Westminster Abbey on March 11, Meghan's last day at work before maternity leave. Photo: Getty

When her legal drama Suits was renewed for a third season in 2013, then-actress Meghan Markle “totally splurged” on a future heirloom.

Meghan, who quit the show in 2018 to marry Prince Harry, bought herself a $7800 Cartier tank watch and had it engraved with a message: “To MM. From MM.”

As she told Hello! in 2016, she planned to pass the sentimental jewellery onto her daughter one day.

The choice of a timepiece for a baby whose arrival has royals fans and glossy magazine editors around the world madly clock watching is an irony that hopefully isn’t lost on anyone, least of all the lady-in-waiting herself.

Six and a half months have passed since the Duchess of Sussex announced her pregnancy on October 15 in Australia. At the time Meghan’s baby bump was already just showing and she reportedly let slip she’d had her 12-week ultrasound.

By that reckoning, Meghan and Harry should be parents by now. And according to swirling conspiracy theories that extend to a hashtag – NewsBlackOut – they are but haven’t announced the birth yet.

Even bookies, often a reliable litmus test of what’s happening, suspended all betting on the baby’s arrival date days ago.

The alleged clues? Meghan hasn’t been seen since March 19, and even then looked heavily pregnant.

The Queen dropped into the couple’s home at Frogmore Cottage last week, and royals watchers are dubious the monarch was just checking on what her Windsor tenants have done with the place.

There were also reports of an ambulance being seen at the Sussexes new home and Meghan’s longtime makeup artist Daniel Martin making a lightning trip to the UK, perhaps for a post-baby photo shoot.

The first was duly debunked. The second appeared true.

Then came the palace announcement late on Friday (UK time) that Harry’s two-day trip to Amsterdam on May 8 has been postponed because of “the logistical planning for the travelling press” to cover the visit.

He will instead visit just the Hague next Thursday.

#BabySussex isn’t secretly here, I’m assured. This is a long standing engagement that they have had to announce. Harry is keen to go, but the baby comes first. If he has to pull out or amend his itinerary, he will. #SussexStandby

So widespread is the buzz Meghan and Harry are doing just what they said they would – “celebrating privately” before going public with baby news and a photo – that Buckingham Palace took the rare step of issuing a denial on May 2.

The duke and duchess (and her mother, Doria Ragland, who arrived in the UK from Los Angeles weeks ago) are still waiting patiently, the palace told CBS News.

A palace source backed that up to Vanity Fair: “No royal baby yet. It’s a waiting game.

“It’s up to Mother Nature”.

Chris Ship, ITV’s royals editor, reported on May 2 that Meghan is “four days overdue” but responded in crisp fashion to conspiracy claims she’s enjoying her safely-arrived baby behind closed doors.

For anyone asking (and lots have) #BabySussex has not been born yet. There is no #newsblackout. The birth is NOT being kept secret. There is no conspiracy.
Hope that's clear … 👶

The Daily Mail’s Ms English doubled down on that: “Am assured that if they are able to tell us she has gone into labour, then they will.”

If all that is true, Meghan’s team of specialists may be getting a tiny bit anxious about their famous patient, who at 37 is considered a ‘geriatric’ first time mother with a slightly elevated risk of complications.

According to the UK’s 2018 NHS guidelines, “Women with uncomplicated pregnancies should usually be offered induction of labour between 41 and 42 weeks to avoid the risks of prolonged pregnancy.”