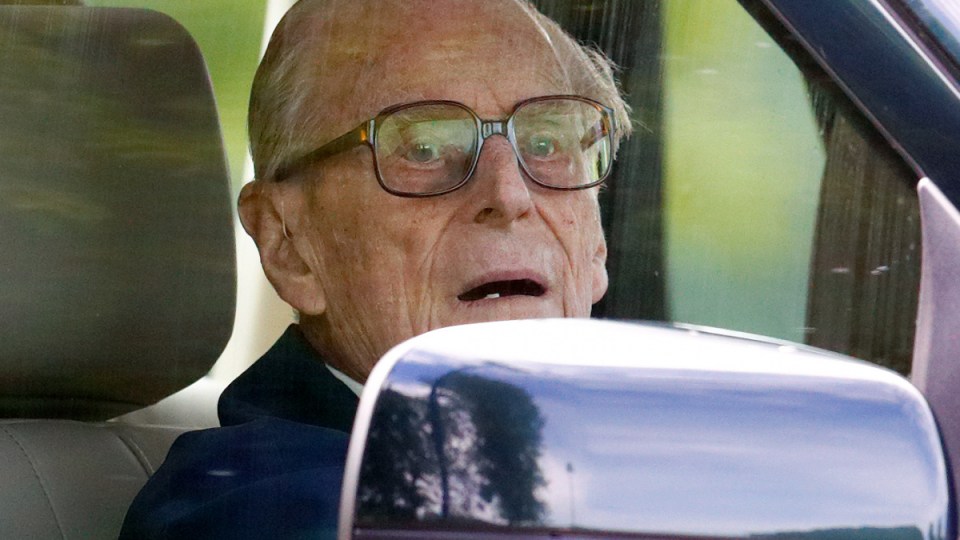 Are the royals above the law behind the wheel or elsewhere. Photo: Getty

The British royals receive many perks, from calling Buckingham Palace their home to personal assistants who break in their new shoes.

But Prince Philip avoiding prosecution for a mid-January car crash that injured two women and left his Land Rover flipped on its side has prompted complaints that the royals are “untouchable” and raised questions of “royal treatment”.

Negative press ensued when police issued a warning to the Duke of Edinburgh after spotting the 97-year-old driving without a seatbelt just two days after the crash.

Prince Philip voluntarily gave up his driving licence three weeks later and was not charged for the incident, despite one of the victims calling for him to be prosecuted.

“We took into account all the circumstances in this case, including the level of culpability, the age of the driver and the surrender of the driving licence,” the Crown Prosecution Service said in a statement on Thursday.

“We have decided that it would not be in the public interest to prosecute.”

So when it comes to royalty, are they above the law?

Considering the Queen is a key figure in establishing and enforcing the law, albeit as a human rubber stamp whose signature authorises all legislation and prosecution, the fact remains that she is quite ;literally above the law.

“Although civil and criminal proceedings cannot be taken against the Sovereign as a person under UK law, the Queen is careful to ensure that all her activities in her personal capacity are carried out in strict accordance with the law,” the Royal family says on its website.

The Queen does not need a drivers licence and is exempt from giving evidence in court, as was the case when she was not required to testify at the inquest into Princess Diana’s death.

What about the rest of the royal family?

Princes Philip, Charles, William and Harry, Kate Middleton and Meghan Markle aren’t so lucky, considered no different to commoners in the eyes of the law.

In the case of Prince Philip’s car crash, Norfolk’s former roads policing chief Chris Spinks said the Prince would be treated “like any other driver” by officers.

“In terms of process, he will be dealt with like any other driver,” he told the BBC, denying there would be any favouritism.

“Dealing with someone from the royal family is only different in that you probably can’t pick up the phone to talk to them.”

Princess Royal, Princess Anne, was the first royal family member to plead guilty to an offence.

She received a fine of £500 ($900) and was made to pay compensation after pleading guilty when one of her dogs attacked children in 2002.

The royal loopholes and exemptions

But the legal encyclopaedia, Halsbury’s Laws of England, says royal family members cannot be arrested in civil proceedings, arrests can’t take place in a monarch’s presence and they also cannot be arrested anywhere near a palace.

Freedom of information laws in the UK also do not apply to the royal household, applying only to records of communications with members of the Royal family held by public authorities.

This was the case when letters from Prince Charles to ministers in Tony Blair’s government were published in the so-called Black Spider affair, so named because of the heir to the throne’s spidery handwriting.

With no shortage of photo evidence proving the royal family have been shunning seat belts for years, Australian personal branding expert Catriona Pollard told The New Daily the royals were facing a public relations crisis.

The Queen was criticized today for not wearing her seat belt on the way to church this morning. She never does when seated in the back & unfortunately many a royal regularly chooses to forgo seat belts in the back… pic.twitter.com/pjgnacV0rx

While the royals were “special” in the eyes of the public, Ms Pollard said, they needed to remain relatable to everyday people when it came to abiding by the rules.

“They need to be seen as relatable and not above the law,” Ms Pollard said.

“That’s the issue with the seatbelts, as the perception is they think they are above the law.”

Above the law: The privileges and loopholes that keep the royal family out of court