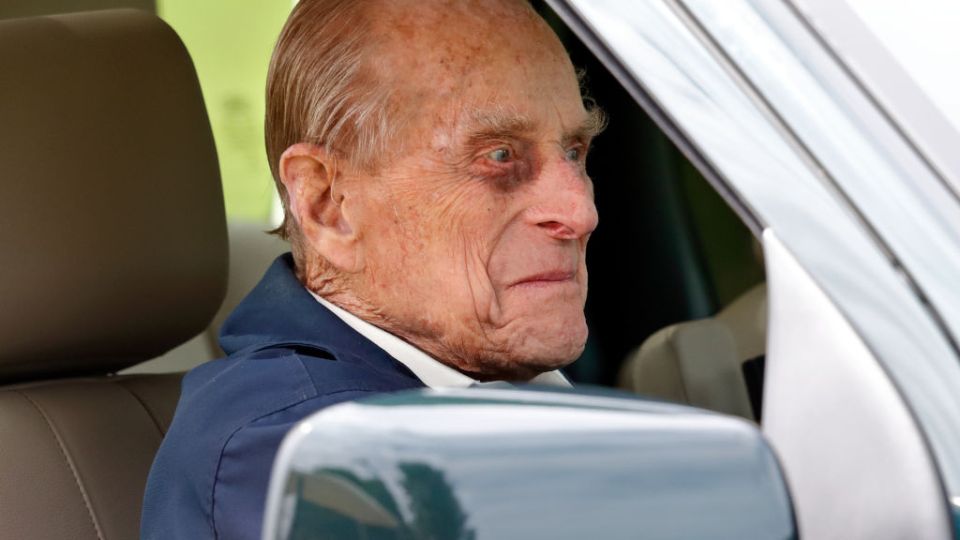 Authorities said it was not in the public interest to prosecute the ageing royal. Photo: Getty

Prince Philip, the husband of Queen Elizabeth, has escaped charges over a serious collision with another vehicle last month after an investigation by the UK’s Crown Prosecution Service (CPS).

Prince Philip, 97, surrendered his driving licence to Norfolk Police last week, shortly after his case was handed over to prosecutors.

The Duke of Edinburgh apologised  after the accident near the royal Sandringham estate last month, which left his Land Rover Freelander upturned in a smash with another car.

Two women in the other car required treatment in hospital, while a nine-month-old baby boy escaped injury.

Prince Philip was “shocked and shaken”, but uninjured in the crash.

The Duke was photographed driving without a seatbelt two days later.

Norfolk Police at the time of the crash said he was “given suitable words of advice” in response.

Chris Long, Chief Crown Prosecutor for CPS East of England, said Wednesday night that his office had “carefully reviewed material submitted by the police in relation to a traffic collision on the A149 on 17 January this year”.

“We took into account all of the circumstances in this case, including the level of culpability, the age of the driver and the surrender of the driving licence,” Mr Long said.

“We have decided that it would not be in the public interest to prosecute,” he said.

The CPS said everyone involved in the January collision had been given an explanation in writing about the decision.

The accident sparked debate in Britain as to whether the Duke should have been driving at his age.

There is no legal age in Britain to stop driving, but drivers over 70 must renew their licences every three years.

All members of the royal family, with the exception of the Queen, are able to be prosecuted.

Prince Philip has only occasionally been seen alongside the Queen stepping away from public duties in 2017.