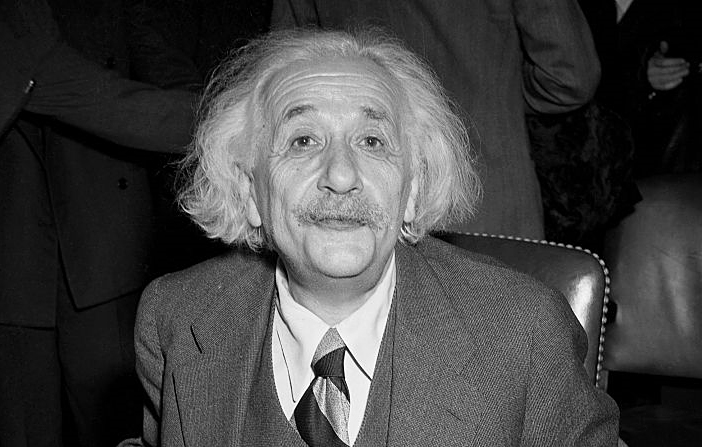 A 1922 letter in which Albert Einstein confided his fears of the rise of anti-Semitism in Germany, more than a decade before the Nazis took power, has sold at an Israeli auction for $US32,000 ($44,443).

“Here are brewing economically and politically dark times, so I’m happy to be able to get away from everything,” wrote the 43-year-old physicist to his sister, Maria, after leaving Berlin for a location that goes unmentioned in the letter.

Einstein, who went on to win the Nobel Prize three months later, had departed the German capital after far-rightists assassinated Foreign Minister Walter Rathenu, a friend and fellow Jew, prompting police to warn him that he could be next.

“Nobody knows where I am, and I’m believed to be missing,” Einstein wrote. “I am doing quite well, in spite of all the anti-Semites among my German colleagues.”

The letter refers to a journey Einstein planned to Japan, suggesting that he penned it while waiting to sail out of the northern port of Kiel.

When the Nazis took over Germany in 1933, launching a campaign of anti-Jewish persecution that would culminate in the Holocaust, Einstein was on a lecture tour abroad. He renounced his citizenship and eventually settled in the United States.

“What is special in this letter that Einstein really forecast – he’s seeing in advance, 10 years in advance – what is going to be in Germany,” said Meron Eren, co-founder of the Kedem Auction House in Jerusalem, which sold the artefact to an unidentified bidder.

Craig McLachlan drops defamation lawsuit
Returned traveller has first Australian case of rare disease
Downpours to leave Qld towns isolated ‘indefinitely’
Millions around the world could starve as Russia accused of weaponising food
Fever cases hit 2m in COVID-hit N.Korea
Suspect in US race-hate shooting appears in court
Wild about Harry! The prince is the most popular royal and Meghan has a surprise ranking
Today's Stories