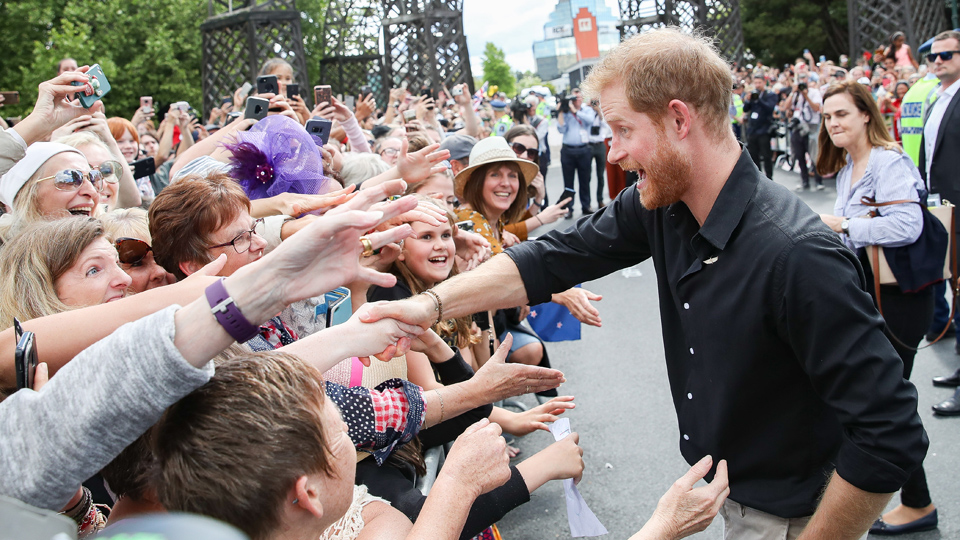 Prince Harry has had a big year – his wedding to Meghan Markle, being named Duke of Sussex, the news he’ll become a father in the coming months – and now he has a new honour.

The duke trumped all other members of his family, including the Queen, to win the crown of most popular British royal, according to a new survey.

Wife Meghan was arguably the surprise package of the list, being outranked by Prince Philip, 97, into sixth spot, despite her established celebrity status and access to the family’s best stylist.

At the tail end of the list? Camilla, Duchess of Cornwall, but at least she scraped into the top 10, unlike the most disliked royals.

His persona has been supercharged and protocol-bending since his engagement last November, while father of three Prince William is lumbered with expectations he’ll stick to a more formal demeanour.

Harry was at his boyish best during the recent tour with Meghan that included Australia, and all of it was captured to his advantage on Kensington Palace’s pitch-perfect social media accounts.

He got to align his chakras during an ‘anti-bad vibe’ yoga circle on Bondi beach, enthusiastically dragged on a pair of Speedos over his chinos live on camera, and is so besotted with his wife he can’t take his hands off her in public.

What’s not to love? And the British public have eaten it up.

The survey by global public opinion and data company YouGov – which polled more than 3600 people between May 15 and October 3 – showed that 77 per cent of the British public have a positive opinion of the Duke of Sussex.

His grandmother Queen Elizabeth, 92, came in second (but she was most popular overall with men), with William and his wife Kate Middleton, both 36, in third and fourth place respectively.

Eighty six per cent of women and 69 per cent of men approved of Harry, according to UK newspaper The Telegraph, with just 7 per cent of respondents having a negative opinion of either Harry or William.

Nine per cent disapproved of the Queen and Kate, and 10 per cent actively didn’t like Meghan.

The Duke and Duchess of Cambridge had a terrific year in the spotlight, with the birth of Prince Louis in April and his christening, which saw the family of five turn out in Vogue cover-worthy style.

William’s appeal saw him take a minor title. He was named the “most famous” royal, with 99 per cent of people recognising him.

In sixth, women’s advocate Meghan appealed to just over half of the people surveyed, with 55 per cent of them saying they like her.

Despite the heir to the throne having a landmark year – he turns 70 on November 14 – and earning props for walking Meghan down the aisle when her father dramatically pulled the pin, Prince Charles languished on the list.

Just 48 per cent gave him a tick of approval.

The most and least popular British royals:

Wild about Harry! The prince is the most popular royal and Meghan has a surprise ranking