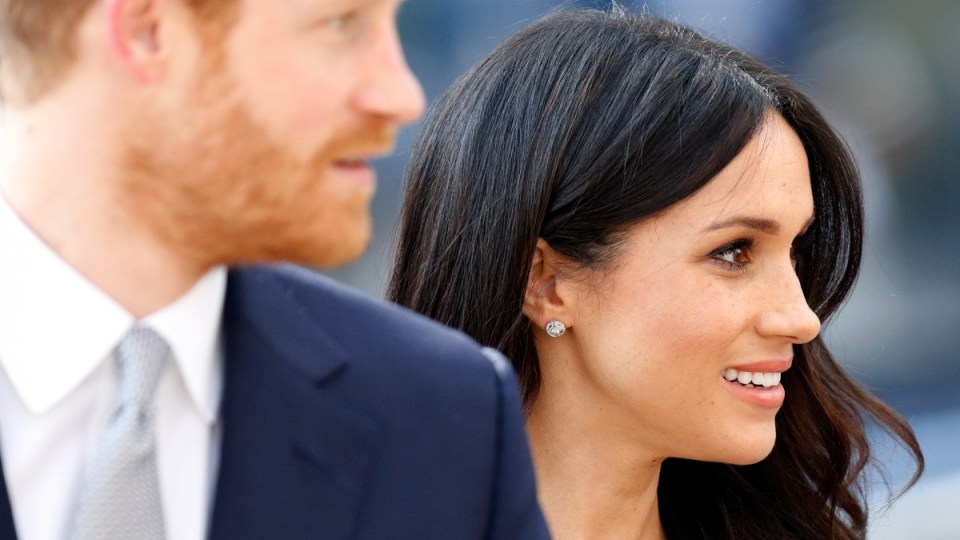 Prince Harry may be following in his father’s footsteps by bringing his new wife to Australia for their first major overseas tour, but the royal newlyweds are unlikely to face the same angst endured by Prince Charles and Princess Diana.

Two years after their 1981 fairytale wedding, Charles and Diana landed in Australia to begin their first official international tour, bringing their nine-month-old son Prince William along too.

But years later in her tell-all book with Andrew Morton, Diana confided how she found the massive crowds overwhelming throughout the six weeks Down Under and wanted to flee home to London.

Diana felt it was “make-or-break time for me”, while Charles was shocked to discover how the thousands of Aussie wellwishers who lined up to see them were more interested in his new bride than their future king.

“Everybody always said when we were in the car, ‘Oh, we’re on the wrong side. We want to see her. We don’t want to see him’ and that’s all we could hear when we went down the crowds and obviously he wasn’t used to that and nor was I,” Diana told Morton.

No doubt the media interest in Harry and Meghan’s visit in October will be just as intense – if not even more with 24-hour news coverage and social media – with thousands of Aussies wanting to get a glimpse of the newlyweds.

But unlike Diana, the Duchess of Sussex is much more accustomed to dealing with the spotlight, thanks to her acting career and public appearances on the red carpet.

Royal commentator Richard Fitzwilliams expects “an avalanche of media coverage” during the Duke and Duchess of Sussex’s tour, which will centre around Harry’s week-long Invictus Games for wounded and ill defence veterans in Sydney.

“This will be one of the most publicised royal tours there’s ever been,” Mr Fitzwilliams told AAP.

“This will be their first Commonwealth tour, their first major tour abroad, so expect interest to be fanatical with the press.

“Being their first major overseas tour means that every single royal reporter will be fascinated by what happens.”

While Diana had little advice from royal courtiers to help her cope with the pressures of being a new member of the royal family, Meghan has received plenty of coaching to help ease her into her new role.

Less than a month after she wed Harry at Windsor Castle in May, Meghan impressed onlookers during her first joint official engagement with the Queen in Cheshire.

The American-born Suits star had the Queen in fits of giggles as they watched local children perform during the opening of a bridge.

Following that appearance Meghan joined Harry and other members of the royal family for the annual Trooping the Colour in London in June, and received a rapturous welcome a few days later alongside the Queen at Royal Ascot.

The couple were mobbed in July during a two-day visit to Ireland, and cheers erupted around Wimbledon when Meghan joined sister-in-law the Duchess of Cambridge to watch Serena Williams compete in the women’s singles final.

“She’s obviously had a good deal of coaching.

Harry and Meghan’s tour of Australia is seen as a key one for the royal couple, who during a TV interview to mark their engagement last November spoke of their desire to promote humanitarian causes close to their hearts across Commonwealth member countries including Australia.

“The intention is that they become a dynamic charitable duo and they espouse certain causes in Britain and the Commonwealth, as well as internationally,” Mr Fitzwilliams said.

“This tour will be absolutely pivotal because it will be the springboard for others around the Commonwealth and the United States.”

Harry and Meghan’s arrival in Australia comes six months after Prince Charles made his 16th official visit to Australia, primarily to open the 21st Commonwealth Games on Queensland’s Gold Coast.

The week-long visit by Charles, who was joined by his wife the Duchess of Cornwall for five days, was judged a success as he carried out royal duties at the Games as well as in North Queensland and the Northern Territory.

However the public interest in Charles among Australians appears much less than that directed at Harry and Meghan, despite the 69-year-old prince being the heir to the throne while his son is way down the line of succession in sixth spot.

And it is the intensity of the scrutiny of him and Meghan that reportedly has Harry concerned.

According to Vanity Fair‘s royal reporter and author Katie Nicholl, Harry, 34, is concerned about the attention Meghan, 37, has been receiving since their wedding.

“He worries there is too much hysteria around Meghan and he wants to row back a bit,” a source told Ms Nicholl recently.

No doubt Harry does not want a repeat of the media hounding his mother endured for many years before her death in 1997.

But from the moment Harry and Meghan land in Australia, finding respite from the spotlight might prove a difficult task.