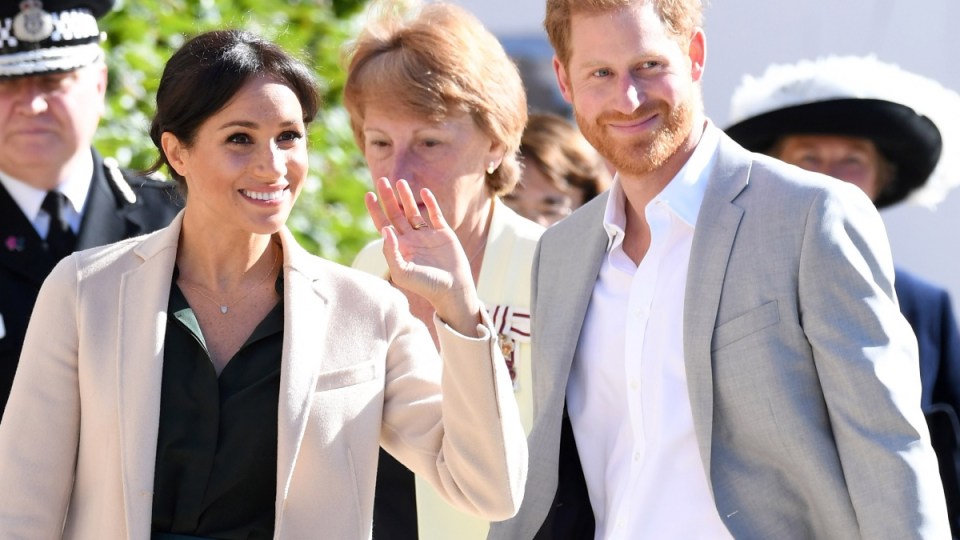 Prince Harry, Duke of Sussex and Meghan, Duchess of Sussex have announced their Australian tour this month. Photo: Getty

Prince Harry and Meghan Markle have revealed plans for their trip to Australia, but while there will be many beach jaunts, don’t expect any selfies of the pair cuddling koalas.

On their first major trip since the royal wedding, the Duke and Duchess of Sussex will tour Australia and other Commonwealth isles of the Pacific including Fiji, Tonga and New Zealand, starting later this month.

The 16-day tour starts on October 16 and a whopping itinerary list, full of 76 engagements, has a thoughtful tone.

Harry and Meghan will hang out with koalas and their joeys at Sydney’s Taronga Zoo to open a new science and learning institute but won’t be patting or cuddling the furry creatures in recognition of strict anti-koala handling rules in New South Wales.

The pair will also be trekking to Dubbo to show their support of drought-affected farmers and picnic with the public in the regional city’s park where Harry is expected to give a speech.

But in the face of adversity, glamour and style will not sacrificed with a personal hairdresser coming along to ensure Meghan’s signature messy bun has just the right amount of ‘flyaways’.

After first arriving at Admiralty House – the home of Australian Governor-General Sir Peter Cosgrove and Lady Cosgrove – the royal duo will make their way to Melbourne.

The city will show off their coffee culture and less frequented beach scene with Harry and Meghan planning to visit a café that offers leadership and mentoring programs to young indigenous Australians, and ride on the Melbourne tram to South Melbourne Beach.

The choice of South Melbourne Beach is a little surprising, given it is hardly a jewel in the crown of Victoria’s beach scene.

The Duke and Duchess of Sussex will then return to Sydney and open the Invictus Games Sydney 2018 at a ceremony alongside Australian Prime Minister Scott Morrison.

Harry reportedly will climb the Sydney Harbour Bridge to raise the Invictus Flag before competitors compete across a range of sports at some of the city’s most iconic venues.

After South Melbourne Beach and the white-sand of Bondi Beach in Sydney, Harry and Meghan will make their last Australian stop at Queensland’s largest sand isle, Fraser Island, to see the forests and iconic lakes home to the K’gari people.

The royals will jet to the Fijian capital of Suva where they Royal Highnesses will part ways temporarily.

The Duke will travel to Coli-Suva Forest Park to meet the Fiji Tree Frog while the Duchess will head to the British High Commissioners residence to meet with Fijian women’s organisations and the Suva Market to meet some women vendors.

The tour will end in New Zealand where they will meet Prime Minister Jacinda Ardern, kiwi birds and watch the traditional Māori dance, the haka.