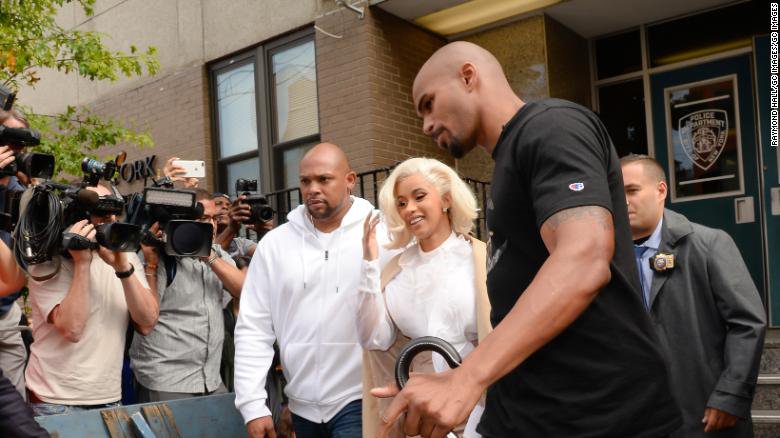 Cardi B has been charged with three misdemeanour counts following a bar fight which left some employees with severe bruising. Photo: CNN

American rap sensation Cardi B has handed herself in to New York City police and subsequently been charged with multiple criminal counts following a vicious brawl that involved an assault on two female women.

According to local police, the platinum-selling rapper has been charged with two counts of reckless endangerment and one count of assault following a incident in a strip club in Queens on August 29.

Cardi B, whose real name is Belcalis Marlenis Almánzar, allegedly conspired to attack two women bartenders, one of whom reportedly slept with her rapper fiancé Offset while she was pregnant, TMZ reported.

She reportedly told the group of females she was with at the time to strike the bartenders with bottles, chairs and a hookah smoking device.

The incident quickly spiralled into violence after chairs were thrown around the strip club causing injury, namely bruising, to a couple of employee’s feet and legs, The New York Police Department report.

It has not yet been confirmed whether Cardi B was directly involved in the incident.

Soon after being arrested, Cardi B was released with a “desk appearance ticket” – an order to appear in court on October 29, a Queens District Attorney spokesperson told CNN.

She is the only person from her entourage to have been charged following the incident as of yet, police said.

Cardi B hands herself into police, charged with assault following vicious bar fight