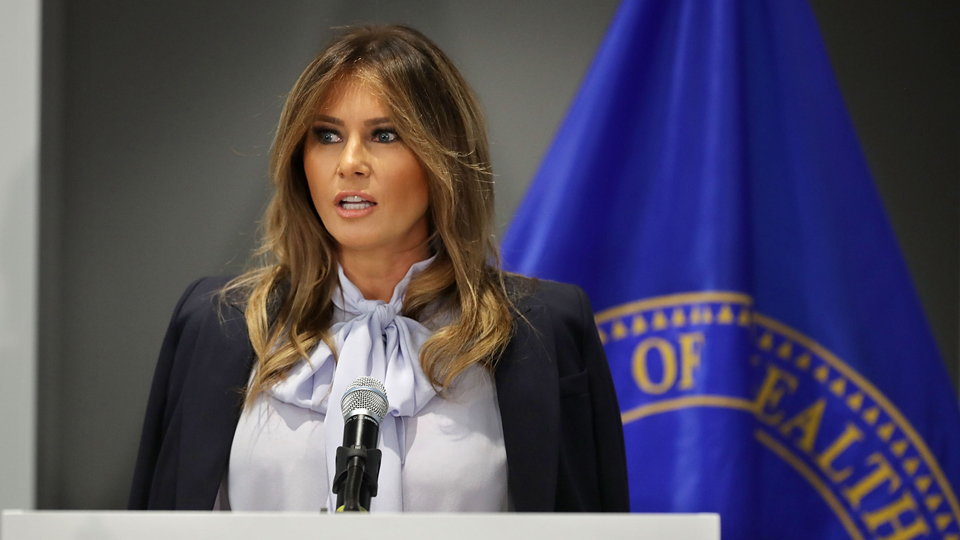 The announcement was simple. US First Lady Melania Trump will make her first major solo international trip later this year.

The visit will be Mrs Trump’s first to the sprawling continent, and “I am excited to educate myself on the issues facing children throughout the continent, while also learning about its rich culture and history,” she said in a statement.

“We are a global society and I believe it is through open dialogue and the exchanging of ideas that we have a real opportunity to learn from one another.”

Boxes were ticked immediately, including children’s welfare, humanitarian work and the potential for Melania’s always-literal wardrobe to include references to Simba or Katharine Hepburn circa The African Queen.

But then the reason for Mrs Trump’s trip was dissected.

The international media and Trump watchers read more into her big news than just the fact she’s organised a working getaway without her husband.

In January, the President sparked global uproar when he made disparaging remarks when speaking about immigrants from Haiti, El Salvador and African nations.

Mr Trump, 72, denied making the remarks, which were attacked by the chairman of the African Union Commission.

“It’s hard to tell if Melania Trump is purposely trolling her husband, President Donald Trump, but if she is, it’s epic,” The Huffington Post reported. 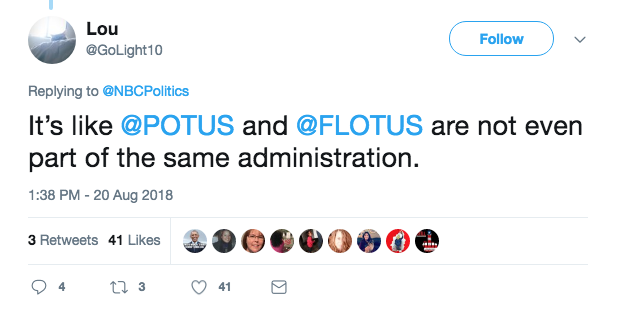 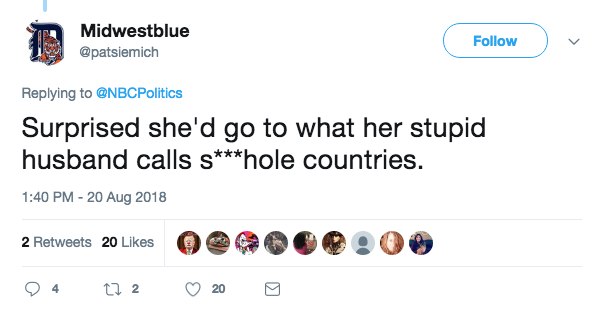 Then the theory that Melania is strategic in getting across her message when it’s different from her husband’s gained more traction.

The same day as the trip announcement, Melania, 48, wore a pussy bow blouse – Access Hollywood alert!  – to make a rare impassioned speech at a conference on cyberbullying prevention.

#BeBest is dedicated to the well-being of children. Thank you to @HRSAgov @SecAzar for allowing me the opportunity to be part of the efforts in providing a safer & healthier online presence at the #CyberbullyingSummit pic.twitter.com/R3dJxhcarV

Under the umbrella of her ‘Be Best’ campaign, Mrs Trump told experts social media “can be destructive and harmful when used incorrectly”.

Added Mrs Trump: “Let’s face it, most children are more aware of the benefits and pitfalls of social media than some adults.”

Her message came at an interesting time.

In a combative barrage of insults, he called the former director of the CIA a “hack”, labelled special counsel Robert Mueller “disgraced and discredited” and mocked the effectiveness of the Justice Department.

I hope John Brennan, the worst CIA Director in our country’s history, brings a lawsuit. It will then be very easy to get all of his records, texts, emails and documents to show not only the poor job he did, but how he was involved with the Mueller Rigged Witch Hunt. He won’t sue!

Disgraced and discredited Bob Mueller and his whole group of Angry Democrat Thugs spent over 30 hours with the White House Councel, only with my approval, for purposes of transparency. Anybody needing that much time when they know there is no Russian Collusion is just someone….

The juxtaposition of his message and that of the First Lady “added to a day of dissonant messaging from the Trump White House,” noted The New York Times, which said Mr Trump has “attacked at least 487 people, companies or institutions since declaring his candidacy for the presidency”.

It prompted CNN to ask, “Is Melania Trump trolling her husband with her anti-bullying agenda?”

According to reports, the President’s tweets were not raised at the cyberbullying summit but the First Lady was in the audience when Lauren Culbertson, who manages public policy for Twitter, said the platform has “strong rules” against bullying.

“One beautiful thing about Twitter is that people come to Twitter to find community and have conversations,” Ms Culbertson said.

“Rather than dissecting her remarks, let’s focus on the countless children who struggle [with] bullying and online safety each day,” Stephanie Grisham tweeted.