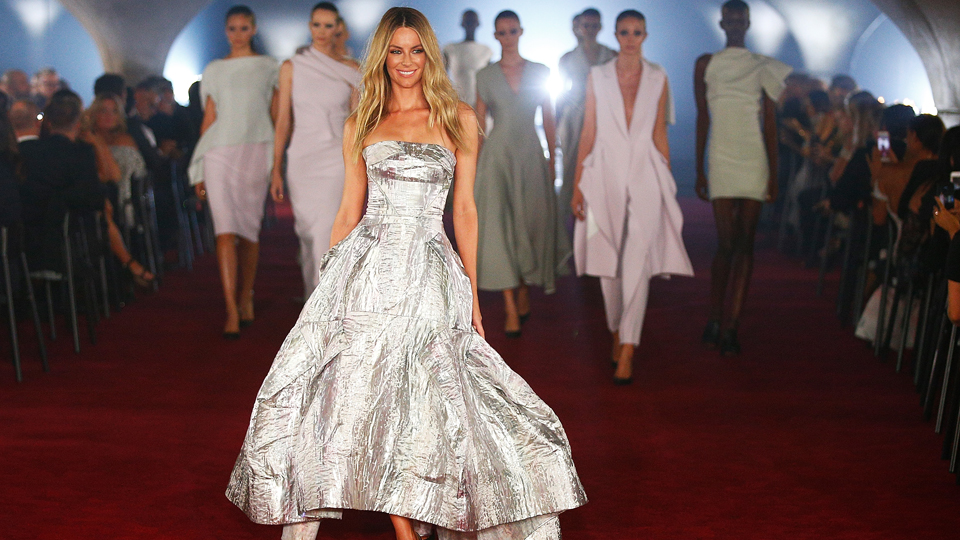 After weeks of speculation, it’s official: Jennifer Hawkins won’t be re-signing with Myer after 12 years as the department store’s face.

It is believed her existing contract runs out in November.

But industry sources say reports that model and The Block star Elyse Knowles, 25, has inked a deal for $300,000 to replace Hawkins at Myer are incorrect.

Instead, it is believed Knowles’ fee to be a store ambassador is closer to $150,000, with a Melbourne model agent telling The New Daily that amount would be “at the higher end” of what Knowles would command.

It has been widely reported Hawkins’ Myer contract was at least $1 million a year.

There have also been claims of catwalk catfights – stilettos and fake tan at 10 paces – between Hawkins and Knowles over reports the younger model has “pushed out” her household name counterpart from top spot at Myer.

“None of that is true,” an insider told The New Daily.

It is understood Hawkins, 34, and Knowles – who modelled for Myer when she was 16 – have only met a handful of times and any relationship they have is amicable.

“The bottom line is Jennifer is as close as you get to an icon in the local modelling industry and she’s been doing the same thing with Myer for over 10 years,” the agent source said.

“She’s fine moving away from the fashion retail side of things. She’s bowing out on her terms, and at the right time for her.”

It’s been 10 years since my very first shoot with Myer & today I have the honour of announcing that I am officially joining the Myer Ambassador family, alongside @jenhawkins_ , @krissmith13 , @rachael_finch and @joshgibson06 ! Holy moly!! It feels like a dream. I am immensely grateful for such a wonderful opportunity. Goals girls? GO GET EM’ !! ⚡️💕💪🏾 @myer

The story about Hawkins, Knowles and Myer has been made more intriguing by the gossipy fashion industry banging down the shutters on talking about it.

Hawkins’ long-time manager Sean Anderson refused to comment to The New Daily about his high-profile client’s future with the brand.

On the weekend, Myer made a statement about Hawkins, but stopped short of saying she is breaking up with the retail giant.

“Jennifer Hawkins is under contract as the Face of Myer until the end of 2018,” a spokesperson told The New Daily.

Until then, Hawkins “has a busy period” ahead with Myer, said the spokesperson. She will launch the spring 2018 season and take part in in-store parades kicking off in Sydney on August 23.

“Jennifer will also be actively involved in our spring racing carnival campaign,” said the spokesperson.

“We will update the media in relation to Jennifer’s contract with Myer in the coming weeks.”

While nobody will talk about what is behind Myer’s change of direction, “financially, it makes more sense to have younger, cheaper ambassadors on what are probably shorter-term contracts,” the model agent said.

“But I’m really just reading between the rumour mill lines and making an educated guess about what the business has planned.”

In June, a spokesperson confirmed the store had decided to “reduce our corporate hospitality spend” and abandoned its marquee in Flemington’s exclusive Birdcage enclosure for this year’s Melbourne Cup Carnival.

It will still be the exclusive fashion partner of the VRC and the carnival for the next five years.

If Hawkins is worried about what’s happening with her major contract, she’s not letting the world know.

Now on holiday in the Maldives with husband of five years Jake Wall, the business maven’s Instagram feed has been full of images of her riding bikes, swimming with turtles and enjoying sundowners.

Perhaps putting her mind at ease is the fact she won’t need to hustle for work: she has contracts with Mt Franklin, Colgate and Range Rover, owns a tequila brand and bronzer line and has multiple property developments in the works with builder Wall.

Knowles, meanwhile, has already kicked off a relationship with Myer, appearing in its 2018 spring fashion catalogue with ex-AFL player Josh Gibson.

On August 12, she was named ambassador for beauty brand Aveda, and also has contracts with swimwear label Seafolly and Davidoff’s Cool Water fragrance.

She is also suing her former manager Mr Anderson over a commission payment feud stemming from her win with partner Josh Barker on The Block season 13.

Jennifer Hawkins breaks up with Myer after 12 years