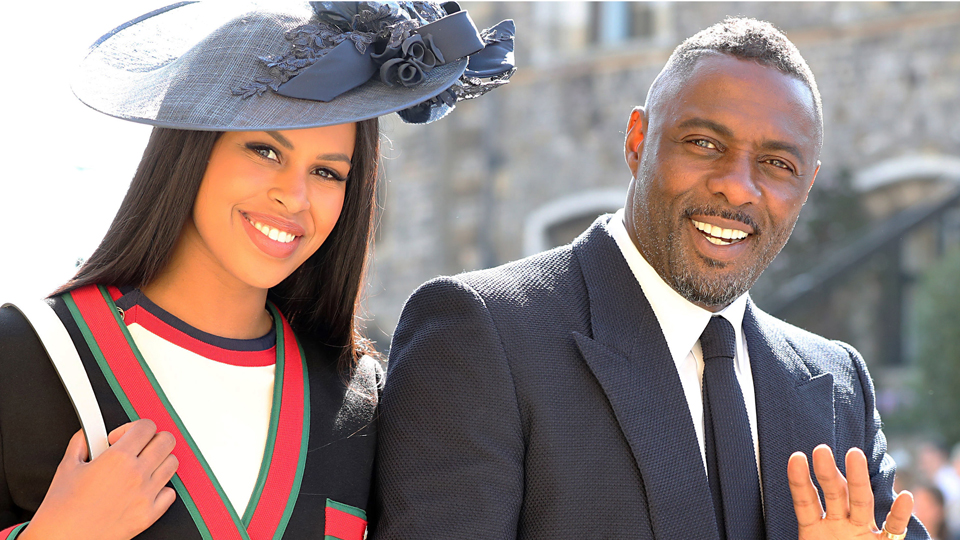 Actor Idris Elba is playing agent provocateur amid heightened buzz he’ll be the next to play secret agent James Bond.

The British star, 45, trolled fans with a series of cryptic tweets that initially seemed to suggest he has been chosen as Daniel Craig’s successor in the famous 007 role.

First, he posted a tweet riffing on the spy’s famous catchphrase.

Within 16 hours, the tweet was liked 134,000 times and drew nearly 4000 comments, including intense debate about whether a black Bond is possible.

Many pointed to Bond’s established back story – including his father’s Scottish heritage – as ruling out Elba as a choice.

Others argued that the key point is that Bond serves the Crown, which transcends colour. 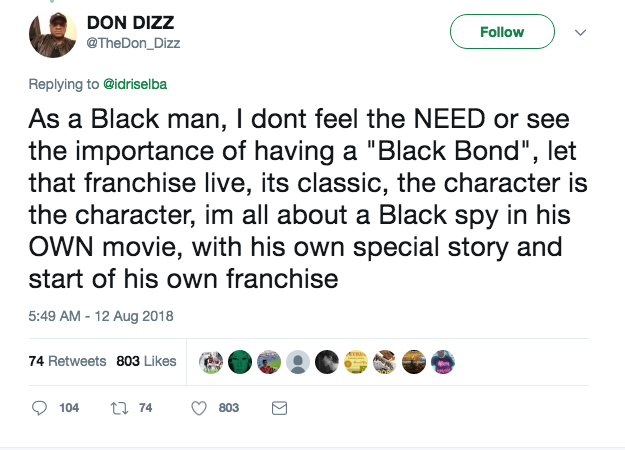 One user claimed that author Ian Fleming wrote the character in Jamaica, so “it could easily be a black man”, but “it’s fictional so it can be any male. Any”.

Others disagreed. “Pretty sure a Russian would ruin the concept,” tweeted one.

Another said, “It sure can be a Slav. Or an Arab. Even south Asian.”

That debate aside, the Elba hint also had fans both shaken and stirred.

Said another, “There’s no way I’d be lucky enough to have a Bond I could fall in love with.” Added a third, “More than perfect.”

But hours after his initial tweet, Elba – who was a guest at Prince Harry and Meghan Markle’s wedding in May – hit Twitter again and confused the public with a possible disclaimer.

He posted a photo of the rap group Public Enemy, then followed it with the titular lyric from their song Don’t Believe The Hype.

It added yet another level to the speculation.

“Are HYPE the criminal organisation you have to take down, OO7?” asked a fan in response. 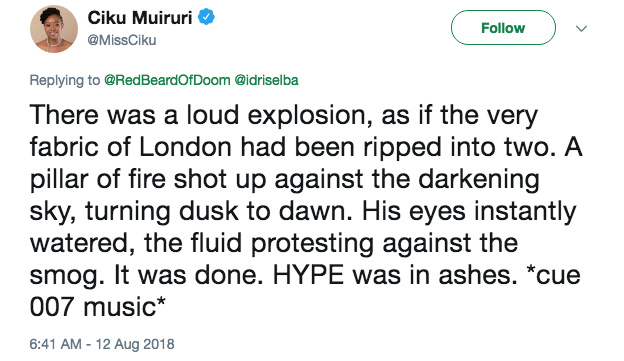 Whatever the truth, the twice-divorced father of two has long been buzzed about as a leading candidate for one of Hollywood’s biggest leading man roles.

Best known for TV dramas such as The Wire, the five-time Golden Globe nominee won in 2012 for his role as a murder detective in Luther.

The former kickboxer’s big screen credits include American Gangster, Thor, The Mountain Between Us and Molly’s Game.

Discussion among film buffs about the next Bond has gained heat as Craig, 50, approaches his fifth turn in the role. That film will be released next November.

Elba is the frontrunner among online betting agencies as to who will be the next in line.

David Beckham and P. Diddy are the rank outsiders at 501 to one.

Australians in the running – all at long odds – include Liam and Chris Hemsworth, Sam Worthington, Eric Bana and Julian McMahon.

Meanwhile, on the heels of the first female Doctor Who, there is a groundswell of support to have a woman step into Bond’s bespoke shoes.

Former The X-Files star Gillian Anderson, who adopted a reasonable British accent as a policewoman in BBC’s The Fall, fuelled her own Twitter frenzy in 2016 by posting a fan-made poster showing her as ‘Jane Bond’.

It's Bond. Jane Bond.
Thanks for all the votes! (And sorry, don't know who made poster but I love it!) #NextBond pic.twitter.com/f8GC4ZuFgL

Elba, Idris Elba; but is his word his Bond?