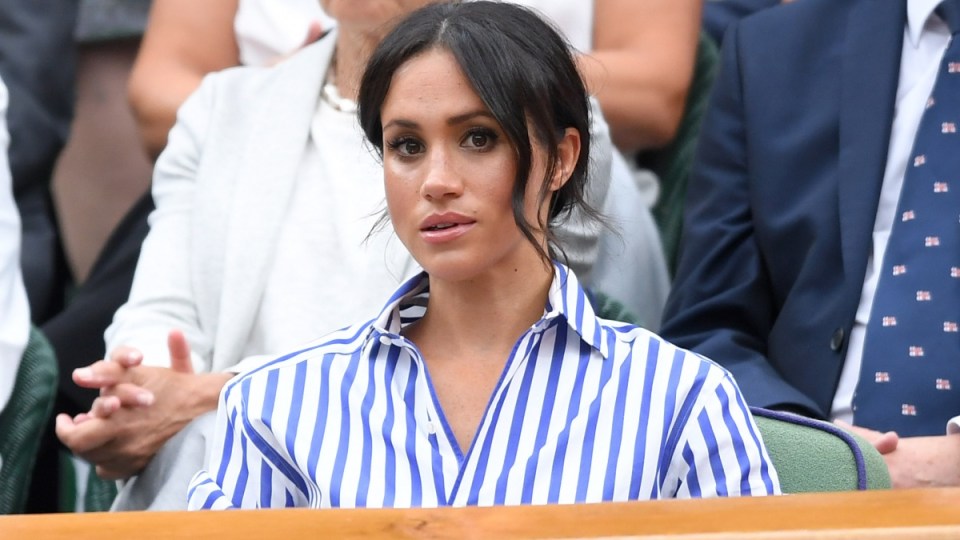 Markle says his daughter has a 'pained smile' since becoming a royal. Photo: Getty

Meghan Markle’s father has again weighed into his daughter’s new life as a duchess, telling UK media she is masking the stresses of royal life with a smile of pain.

Markle, who famously missed Meghan’s wedding to Prince Harry at St George’s Chapel, Windsor in May after undergoing heart surgery the week before, told The Sun newspaper in an interview published late Sunday night that the “outdated” royal family is piling pressure on his daughter.

“My thing about my daughter right now is that I think she is terrified,” he was quoted as saying.

“I’ve seen her smile for years. I know her smile. I don’t like the one I’m seeing now. This one isn’t even a stage smile, this is a pained smile.”

Markle said there’s a “high price to pay” to marrying into the royal family.

“I don’t know. It really worries me. I think she’s under too much pressure,” he said.

Meghan has drawn positive attention around the world for her style, most recently on display during her first official overseas trip with Harry to Ireland, Prince Louis’ christening and while attending Wimbledon with sister-in-law Kate Middleton on the weekend.

But Markle described his daughter’s new dress code as “ridiculous”.

Markle has been outspoken on the subject of his daughter’s new family in interviews since her wedding, slamming the Queen last month for refusing to meet him while choosing to see “arrogant and insensitive” Donald Trump instead.

Markle complained to the TMZ website that the royal family has put him in the “penalty box” after his frank interview with Good Morning Britain a week earlier, as well as a staged paparazzi shoot shortly before the wedding.

WORLD EXCLUSIVE: Thomas Markle says he feels like a 'footnote in one of the greatest moments in history' after he was unable to attend his daughter's wedding to Prince Harry.

Markle told Good Morning Britain of Meghan’s long-standing wish to have children, and revealed how he warned Harry never to hit his daughter.

He told The Sun that Meghan has given him the cold shoulder since he chose to speak out and the royal family had shunned him because he “made a profit on the staged pictures”.

“Anyone who makes a profit off the Royal Family becomes shunned,” he said.

“So if I moved to London and started selling cups with my daughter’s face on, would they shun me? The Royal Family is living by rules that are outdated.

“Half of Great Britain seems to make a fortune selling pictures of my daughter and her husband. Are they shunned?”

Markle admitted that he has not spoken to his daughter since the day after she married Harry on May 19.

“I spoke to Meghan and Harry briefly after the wedding,” he said, adding that “the phone number I had been calling Meghan on is no longer picking up. And I don’t have an address for her”.