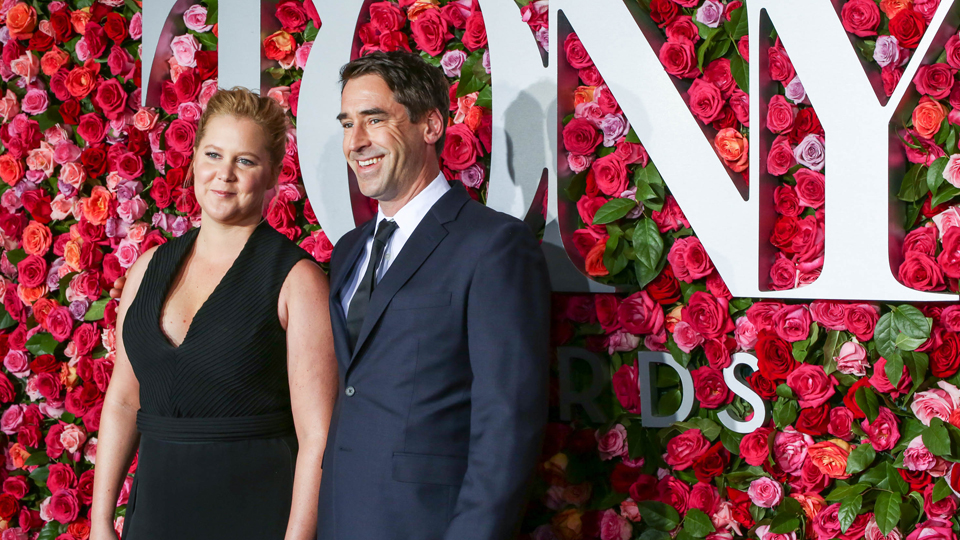 Amy Schumer is expecting a special delivery– but it’s not a baby.

Schumer sparked pregnancy buzz on Thursday (US time) in an Instagram post that showed her wearing a flowing midi-dress and apparently pointing at her stomach.

Referencing her stylist Leesa Evans, Schumer said she was “cookin’ something up”, five months after her surprise Malibu wedding to chef and cookbook author Chris Fischer.

@leesaevansstyle and i are cookin somethin Up

Amused, Schumer clarified the rumours with a cocktail in hand, via a video posted to Instagram that has been viewed nearly 600,000 times.

“I am not pregnant. I am… not pregnant,” Schumer said, sipping away at an outdoor eatery.

“It looked like I was pointing to a bump or something but I’m not.”

She said she was “trying to allude” to a fashion line she is launching with her longtime friend Evans, which will cater for “all sizes and shapes at a chill price point.”

Schumer finished the video with a semi-smackdown: “But thank you for thinking of my womb.”

I always have a bump alert!

The star, 37, said in April during an appearance on The Ellen DeGeneres Show that she and Fischer are thinking about starting a family.

“I have never wanted kids,” she admitted.

“Then I saw myself as a baby on your show and I thought, ‘Who am I to deprive the world of such a beautiful baby?’ ”

In February, she made an unexpected visit to DeGeneres’ set dressed as a baby, complete with a dummy and bottle.

“I think we are going to do it but just use my genetics,” she joked of parenthood.

So far, Schumer has done everything fast in her relationship with Fischer, 38.

Three months after they were first snapped together, the pair announced their engagement at DeGeneres’ 60th birthday party in January.

“We got engaged that morning,” she said. “We were going around and we were getting advice from everybody.”

She dished on married life in April, saying it was “the smartest thing by far” she’s done.

When asked on US TV show Live with Kelly and Ryan if she ever has to cook, Schumer said, “I never have and I never will now, yeah. No, I’m not going to. It’s great.”

‘Thank you for thinking of my womb’: Amy Schumer’s verdict on pregnancy rumours