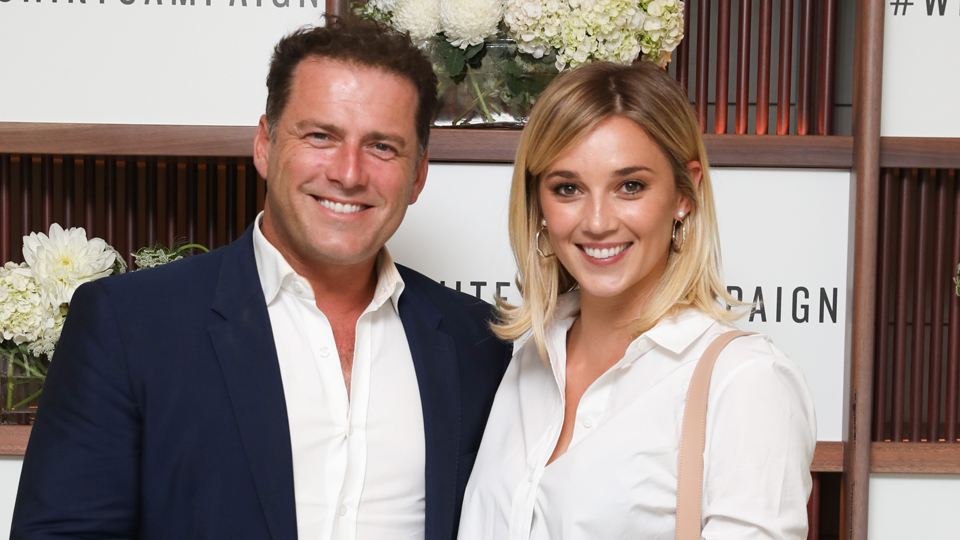 Karl Stefanovic has attacked reports about his upcoming wedding to Jasmine Yarbrough and divorce from his first wife Cassandra Thorburn.

“There has been so much made up bulls–t written about me,” a frustrated Stefanovic told The New Daily on Monday.

Stefanovic, who is among Australia’s highest-paid TV stars, said “nobody” in the media had “ever” fact-checked stories with him in the past – and those about his divorce had cut deep.

Divorce is “awful”, he told The New Daily. “Hurts, doesn’t it? And I think the thing is you get accused … people say you don’t seem too emotional and it’s just rubbish.

“Jasmine has been a light, and I wouldn’t have gotten through it otherwise.”

Stefanovic said “every time” he and Yarbrough leave their house, they face cameras. On Sunday, he said, he was chased by two cars of paparazzi while driving his children in Sydney.

“The point I’m trying to make here is that my life is a microscope to these people, which makes it seem I’m everywhere. I don’t have any control over that.”

He does have a method for dealing with it: “If you analyse it too much, you go into the vortex. You get angry. Jasmine says you can disappear down a rabbit hole and there is nothing but darkness down there.

“So you just ignore it and move forward and find the light and the love and the laughter in life.”

The co-host of Nine’s Today show woke on Sunday to headlines that he and Thorburn, whose 21-year marriage ended in September 2016, had finalised their ‘extensive’ divorce settlement.

Their parting was acrimonious, with Thorburn saying in an interview with Woman’s Day last year that Stefanovic “really is dead to me and no, we won’t ever be friends again”.

Reports said the information came from sources within the Stefanovic camp.

“Why the hell would I want to tell anyone that?” said Stefanovic, adding the reports made “a lot of people” feel better about their own divorce settlements.

“First of all, I would have thought that everyone was completely and utterly bored of me and my life and I don’t know why people keep writing stuff about it.

“There’s always stories quoting an anonymous source and I say, ‘Where did that come from?’ but then it gets reprinted like it’s fact. It’s not.”

Stefanovic and his co-stars Georgie Gardner, Sylvia Jeffreys and Richard Wilkins were in Melbourne to film Today, then mingle at a media morning tea at a cocktail bar 28 floors above the city.

Earlier that day, Stefanovic’s upcoming wedding to Yarbrough, 34, made news, with claims the pair will wed later this year in Cabo, Mexico, at a holiday house owned by James Packer.

Conflicting reports said Stefanovic had fallen out with Packer, who had then withdrawn his invitation to host the celebration.

“I don’t think James even has a place there,” Stefanovic said.

“James and I are great mates and will always be. Again, nobody has asked me about it. It’s just bulls–t stories.”

So where will the wedding be?

“We haven’t locked it in,” Stefanovic said, adding the couple is looking at a “couple of locations” and “it will probably be Mexico. But not at [Packer’s] place”.

The Nine star said he and Yarbrough are “going to be judged” but “ultimately we’re just a couple. I met her five months after I broke up with my wife. I didn’t go looking for that.

“I understand that people found that hurtful, but it just happened.”

Stefanovic said he and Yarbrough are much less social than reports suggest.

“I am the world’s most boring man.”

‘I am so sick of it’: Karl Stefanovic attacks wedding and divorce rumours