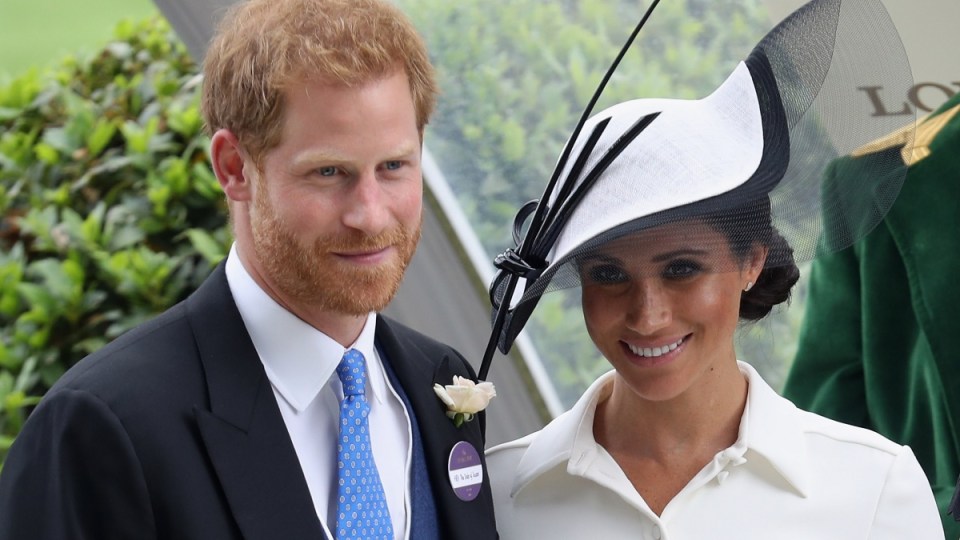 The newly married Duke and Duchess of Sussex joined the Queen at Royal Ascot for a day of racing. Photo: Getty

The Duke and Duchess of Sussex received a rapturous welcome from Royal Ascot when they joined the Queen for the first time on the opening day’s carriage procession.

Just four weeks after marrying, Harry and Meghan enjoyed the sights and sounds of a quintessential English summer event – a day at the races.

The newlyweds also presented the winning trophy for the St James’s Palace Stakes to Without Parole jockey Frankie Dettori.

The Palace said the pair would visit Dublin, Ireland on July 10 and 11.

“They are looking forward to learning more about Ireland’s history and experiencing its rich culture, as well as meeting the people who are shaping the country’s future,” the Palace tweeted.

Thousands of racegoers cheered and applauded from the stands as the Queen’s carriage led the procession down the course.

The Princess Royal and Duke of York joined their mother in the lead carriage and were followed by another carrying the Prince of Wales, Duchess of Cornwall and Princesses Beatrice and Eugenie.

Harry and Meghan were next, with the Earl and Countess of Wessex, and waved as they travelled past the packed stands on their way to the royal box.

The monarch wore a bright yellow dress and a matching hat, while Meghan chose a white shirt dress and black clutch by her wedding dress designer Givenchy, along with a curved-brim black-and-white hat from Philip Treacy.

Prince William was not in attendance as he was busy on royal engagements –opening James’ Palace in Liverpool – a mental health centre offering support for men.

A warm welcome to the newly-married Duke and Duchess of Sussex at #RoyalAscot… pic.twitter.com/LloJ3Vvsq2