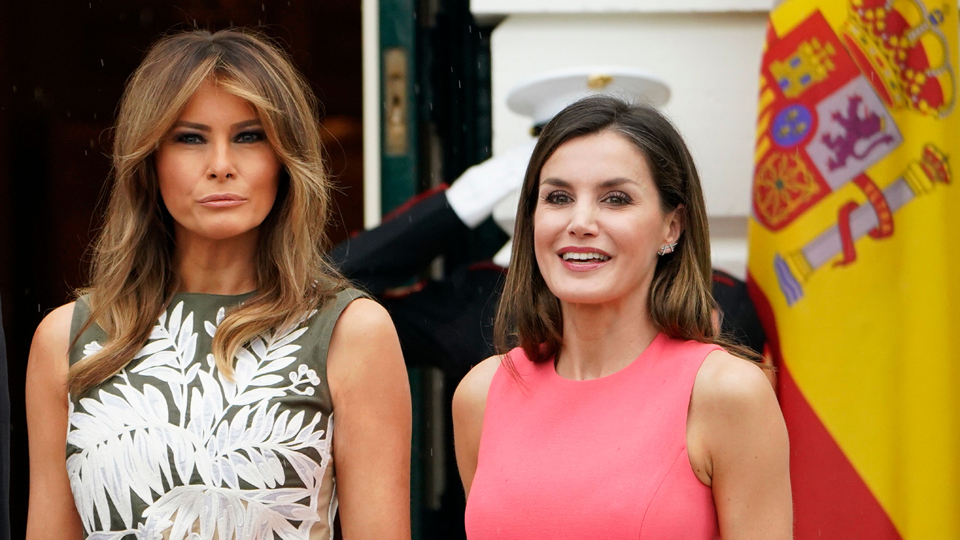 Earlier this month, US president Donald Trump reassured his wife Melania after a 26-day absence from the spotlight, “The people of America love you”.

It seems that might have been fake news, with a new CNN poll showing the First Lady’s popularity rating has taken a nosedive.

According to the poll – conducted from June 14 to 17 – only 51 per cent of Americans had a favourable opinion of Mrs Trump, well down from 57 per cent in May.

The drop in approval for Melania, 48, comes after she was out of the public eye for almost a month following a kidney procedure.

Her absence from official duties led to conspiracy theories including that she had left her president husband and fled to New York or was recovering from cosmetic surgery.

Before her health issue – which Mr Trump, 71, referred to as both a “big operation” and a “little problem” – Mrs Trump’s popularity skyrocketed, thanks to hosting her first state dinner and launching her Be Best platform.

Despite the plunge, Melania still trumps the President when it comes to love from the people. Mr Trump’s approval rating is 39 per cent, according to the CNN poll.

If Mrs Trump is concerned about her drop in popularity, she didn’t show it on Tuesday (US time) when she put on a textbook first lady performance at the White House.

With the President by her side, Mrs Trump looked glamorous, if not particularly animated, welcoming Spanish royals King Felipe VI, 50, and Queen Letizia, 45, to Washington.

Before formal meetings, the foursome had a photo opportunity outside.

Earlier today, @FLOTUS Melania and I were honored to welcome King Felipe VI and Queen Letizia of Spain to the @WhiteHouse!🇺🇸🇪🇸 pic.twitter.com/cCubCyiRm5

Melania – in a brown and white Valentino resort collection which isn’t out in shops yet – draped her arm in instant BFF fashion around the former newsreader as they turned to head into the White House.

The Spanish queen, a favourite on world best dressed lists, gave a nod to her hosts by wearing a $2288 hot pink dress by American designer Michael Kors.

Mrs Trump wore the same dress in blue last year when the President of Panama and his wife visited the White House.

On Tuesday, ahead of what was described as “an old-fashioned tea party” with the Queen in the Red Room, Melania unwittingly sparked a social media outcry.

A photo taken by Doug Mills of The New York Times showed her in the Oval Office, perched alone on the edge of a sofa, surrounded by a media phalanx.

“Are we sure she’s breathing?” asked one Twitter user. Added another, “Maybe she’s just deep in thought.” Said a third, “Nah, it’s a hologram.”

In reality, Mrs Trump was seated a sociable distance from Letizia, Felipe and her husband.

After the visit, she posted a tweet saying she and the Queen had discussed “ways she can positively impact children”.

A great visit with the King & Queen of Spain at the @WhiteHouse today. Queen Letizia & I enjoyed tea & time together focusing on the ways we can positively impact children. pic.twitter.com/IiaMQOil3K

In a rare political intervention two days ago, Melania said in a statement she “hates to see children separated from their families”, amid an immigration crackdown by her husband’s administration.

“She believes we need to be a country that follows all laws, but also a country that governs with heart,” added her communications director Stephanie Grisham.