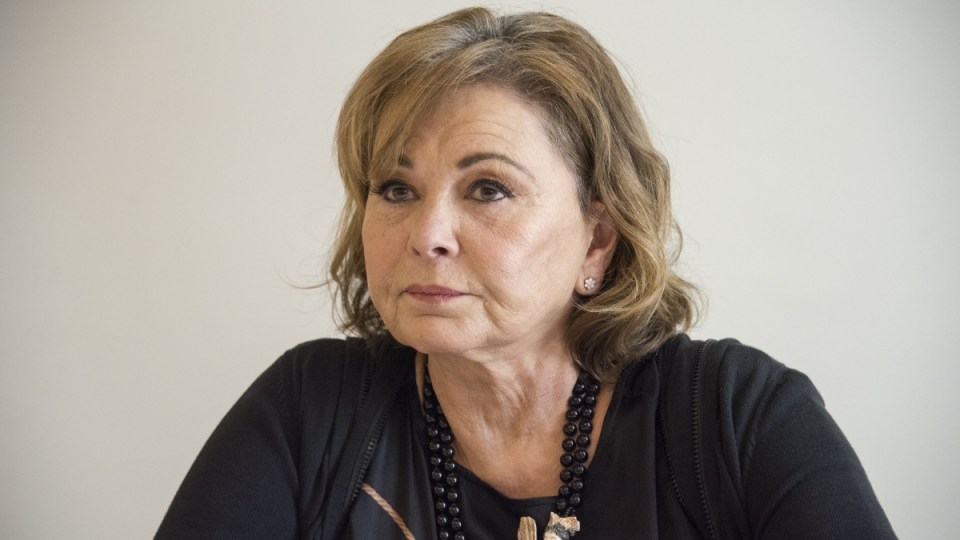 Barr at one point compared her plight to that of President Donald Trump. Photo: Getty

Roseanne Barr set a defiant tone a day after apologising for a racist tweet that led to the cancellation of her self titled TV sit-com, blaming medications and former colleagues for its demise, and even comparing herself to Donald Trump.

In a since-deleted tweet, Barr wrote that if the Islamist political movement “muslim brotherhood & planet of the apes had a baby = vj.”

And while Barr’s initial reaction was contrite, apologising to the “hundreds of people” made unemployed by her actions, she moved to the attack on Thursday morning (AEST).

In extended interactions with her online supporters, Barr, who shares a mutual regard with Mr Trump, at one stage compared her plight to that of the Twitter-loving President, posting: “i feel bad for @POTUS-he goes thru this every single day.”

For his part, Mr Trump managed to somehow make the cancellation of Roseanne about him, questioning why the head of ABC’s parent company, Disney, had apologised to Ms Jarrett when he hadn’t received similar treatment over statements made about his presidency.

Bob Iger of ABC called Valerie Jarrett to let her know that “ABC does not tolerate comments like those” made by Roseanne Barr. Gee, he never called President Donald J. Trump to apologize for the HORRIBLE statements made and said about me on ABC. Maybe I just didn’t get the call?

Barr at one point blamed her use of sleep aid Ambien for her offensive tweet.

“It was 2 in the morning and I was Ambien tweeting-it was memorial day too-i went 2 far & do not want it defended-it was egregious Indefensible,” she wrote in a message that has since been deleted.

Pharmaceutical company Sanofi hit back at Barr saying “racism is not a known side effect” of its products.

“People of all races, religions and nationalities work at Sanofi every day to improve the lives of people around the world,” its US arm said on Twitter.

“While all pharmaceutical treatments have side effects, racism is not a known side effect of any Sanofi medication.”

Barr also levelled commentary and blame at her Roseanne workmates, reposting a tweet by her TV daughter and executive producer, Sara Gilbert, who had called Barr’s initial comments “abhorrent”, and said she was “disappointed in her actions to say the least”.

Barr retweeted a long post by Michael Fishman, who played her son DJ on the show after he bemoaned the impact of Barr’s words on the cast and crew, and said the show’s story lines were often about inclusiveness.

“I created the platform for that inclusivity and you know it. ME,” Barr wrote. “You throw me under the bus. nice!”

Sykes had responded to Barr’s initial racist tweet by announcing via Twitter that she wouldn’t return to the show.

her tweet made ABC very nervous and they cancelled the show.

Barr told a supporter of Sykes: “her tweet made ABC very nervous and they cancelled the show.”

The original Roseanne ran from 1988 to 1997, featuring a blue-collar family, the Conners, with overweight parents struggling to get by. It was praised for its realistic portrayal of working-class life.

The current incarnation was ABC’s biggest hit of the 2017-2018 season, drawing an average 18.7 million viewers, second only to The Big Bang Theory.