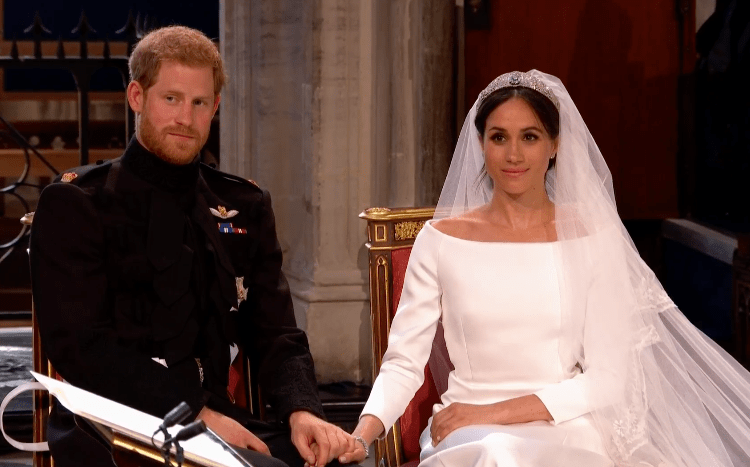 Prince Harry, Duke of Sussex, and Meghan Markle, Duchess of Sussex, are now husband and wife.

We keep you abreast of all the action on the big day – in UK time, naturally.

WHAT YOU NEED TO KNOW

1.18pm: The newlyweds are off on their carriage procession through Windsor.

You are either loving all this #RoyalWedding talk (Princess Charlotte) or you're not (Prince George). pic.twitter.com/A79uUjGUHZ Prince Harry and Meghan Markle are officially married!
Get all the details: https://t.co/vXYHaQ8BX1 #RoyalWedding pic.twitter.com/zuqTFGxyIH 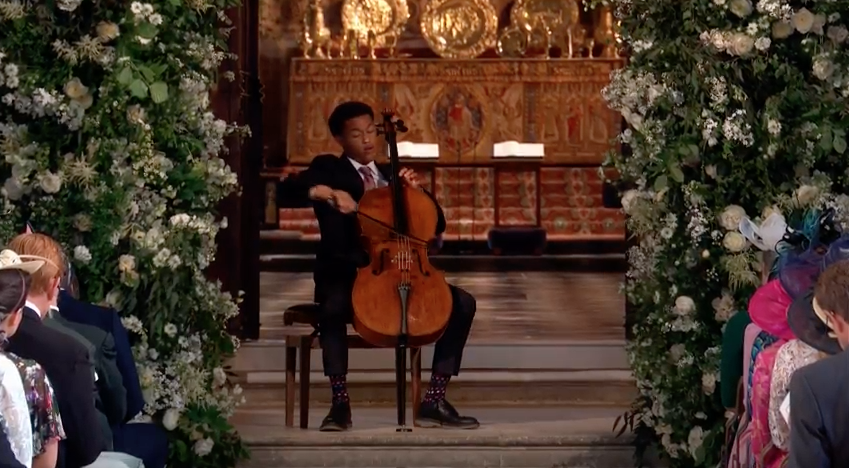 The cellist is a 19-year-old prodigy! #TLCRoyalWedding

12.55pm: Everyone on social media is attracted to the cellist, 19-year-old Sheku Kanneh-Mason.

AND WHO IS THIS DASHING YOUNG CELLIST???? #RoyalWedding

The cellist is hella cute, let me just put that out there OK #royalwedding

Get me an age on this cellist STAT

Music has been really beautiful. This cellist is heavenly. #RoyalWedding

12.52pm: Caption this shot of Kate Middleton. “My wedding was better”? 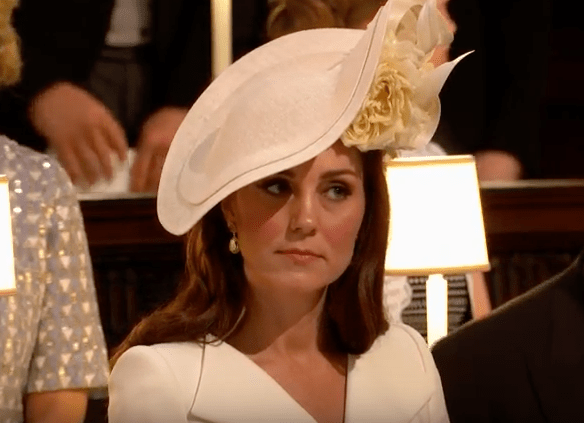 12.51pm: As with every royal bride, Markle’s ring has been fashioned from a piece of Welsh Gold, gifted by Her Majesty The Queen. 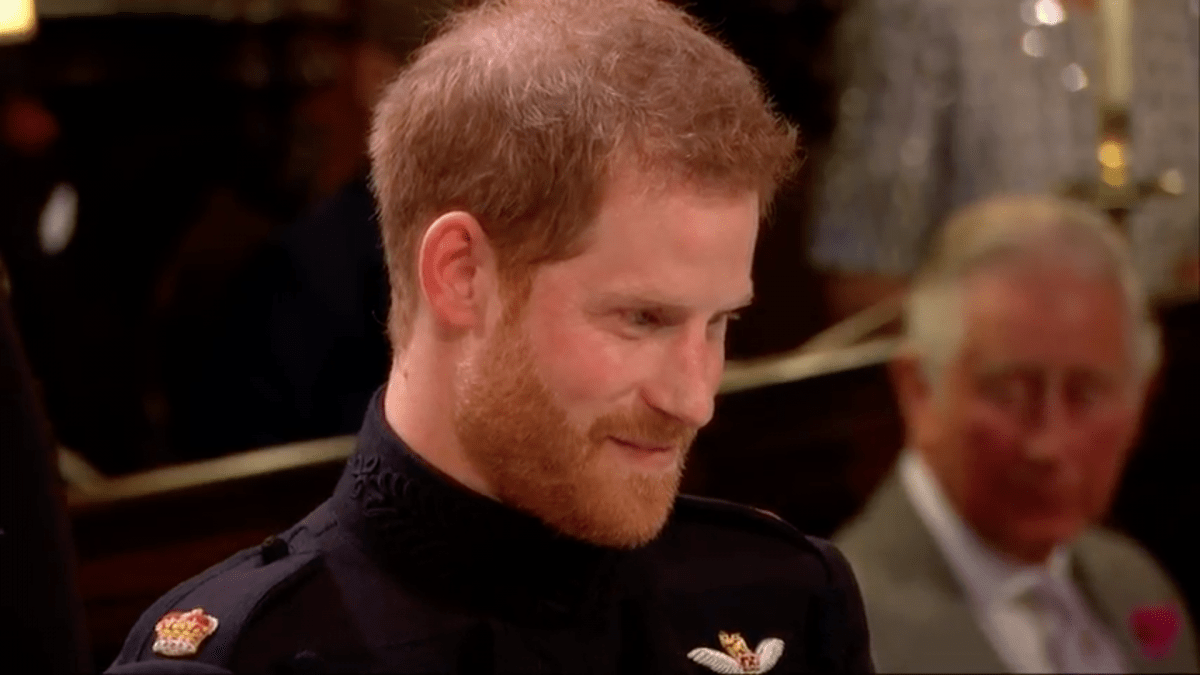 12.31pm: Now everyone is laughing at this over-long sermon – including the bride and groom. 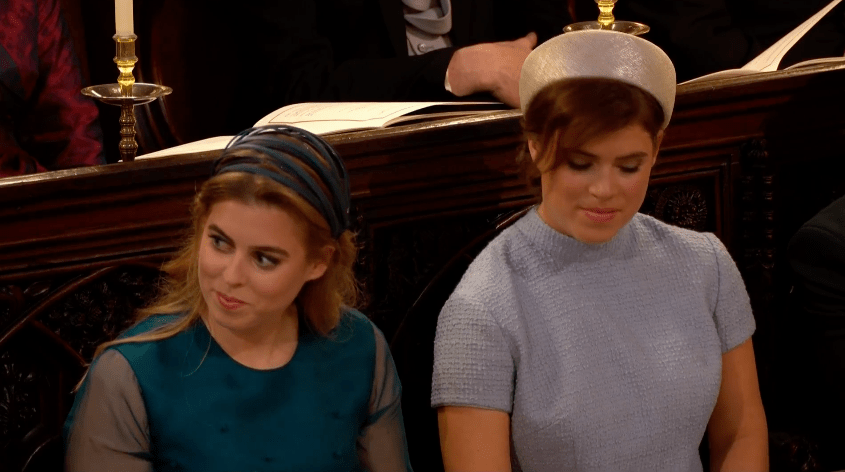 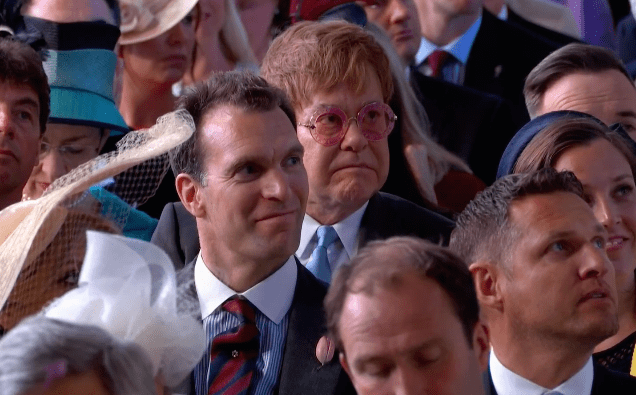 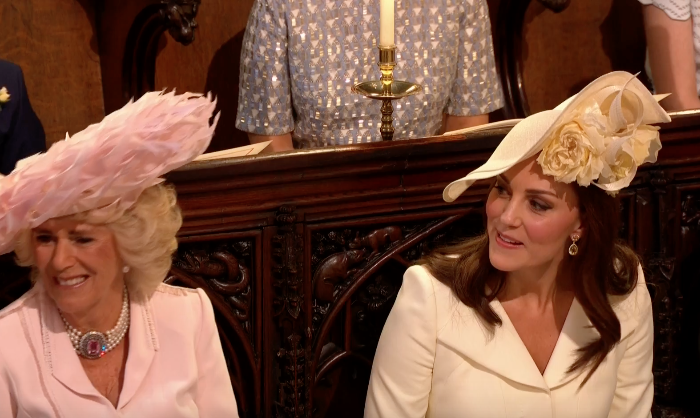 12.26pm: One of the pageboys is becoming a meme thanks to his excited face.

12.24pm: We can’t be certain, but it appears Prince William is trying not to laugh. 12.20pm: US bishop Michael Curry is stealing the show with his powerful sermon as Meghan and Harry listen quietly while holding hands. 12.15pm: Harry handpicked some of the flowers in Meghan’s bouquet.

12.08pm: Harry and Meghan are holding hands at the altar.

12.04pm: Meghan comes down the aisle on the arm of Prince Charles and Harry is barely holding it together. 11.57am: Her Majesty the Queen and Prince Philip are some of the last to arrive before Meghan. 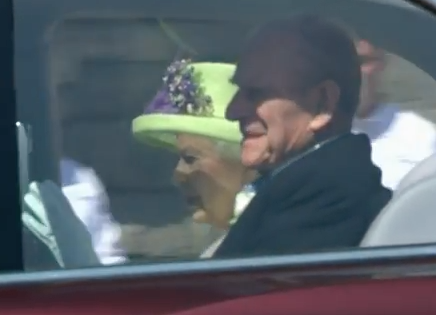 11.53am: Doria, mother of the bride, is here, as are Prince Charles and Camilla. 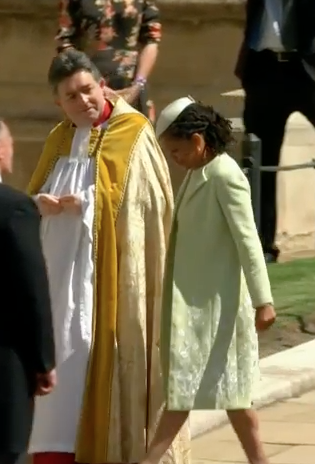 11.51am: Harry is taking some very deep breaths. He is wearing a Blues and Royals military uniform. 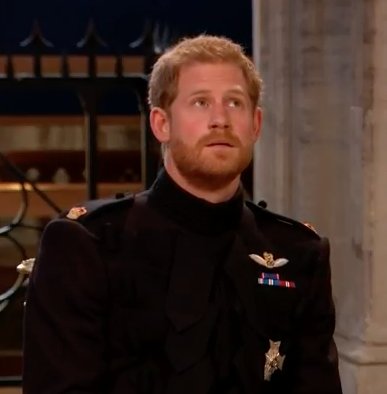 11.45am: The crowds are screaming – Meghan is seconds away.

11.39am: Meghan and Doria are speeding toward the church and the orchestra is in full swing.

A glimpse of the bride's dress and the tiara on her way to the Chapel. Not sure if it is the tiara Spencer #spencer #RoyalWedding pic.twitter.com/PxpV8HY4CO

11.36am: Harry And William have arrived in full regalia. 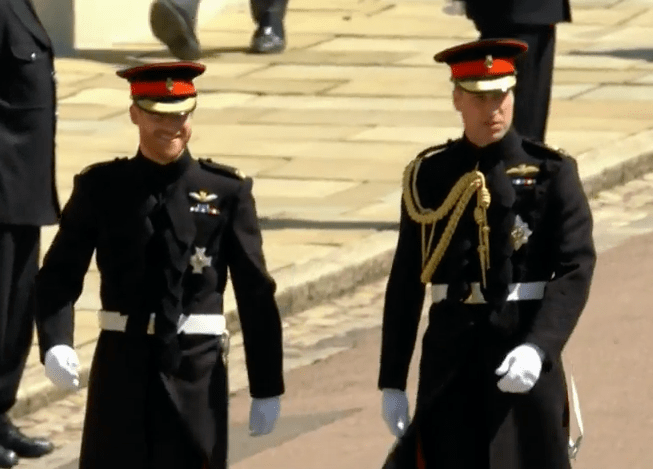 11.20am: THE BRIDE HAS BEEN SIGHTED. With a simple updo and full veil, Meghan Markle is on her way to the church. 11.16am: Now the 2640 invited guests await the arrival of the royal family. Some of the last cabs off the rank? Princesses Beatrice and Eugenie of York. 11.10am: Serena Williams – who is attending with her husband, Alexis Ohanian – has a fairly serious hairdo.

I thought the queen was gonna make her entrance later on #royalwedding pic.twitter.com/5fR5xaCFBl

11.05am: Update from inside the church: Elton John and Victoria Beckham are air kissing, George Clooney and James Corden are hanging out and everyone else is milling about awkwardly.

10.57am: Priyanka Chopra, one of Meghan’s Hollywood besties, is rocking a lilac skirt-suit like she’s at the Met Gala again.

10.54am: The Suits crew is arriving in dribs and drabs –Gabriel Macht aka Harvey Specter, Patrick J Adams aka Meghan’s onscreen husband Mike Ross and Sarah Rafferty aka Donna Paulsen have all turned out to support their former co-star.

10.52am: And there’s ex number two! Chelsea Davy, who dated Harry for seven years, is all cheer with some mutual friends.

10.47am: It wouldn’t be a royal wedding without Britain’s real royal couple – Posh and Becks.

10.40am: The first of Harry’s exes has arrived. Actress Cressida Bonas is standing out from the crowd in a multicolour frock.

10.39am: For those who don’t already know, when Meghan becomes a married woman she adopt the title of the Duchess of Sussex.

10.34am: The days of scene stealing at weddings are over for Pippa Middleton, who’s rocking a more demure floral frock, while her husband James Matthews wears a requisite morning suit.

She was joined by other A-listers, including actor Idris Elba and his fiance Sabrina Dhowre and James Blunt and wife Sofia Wellesley.