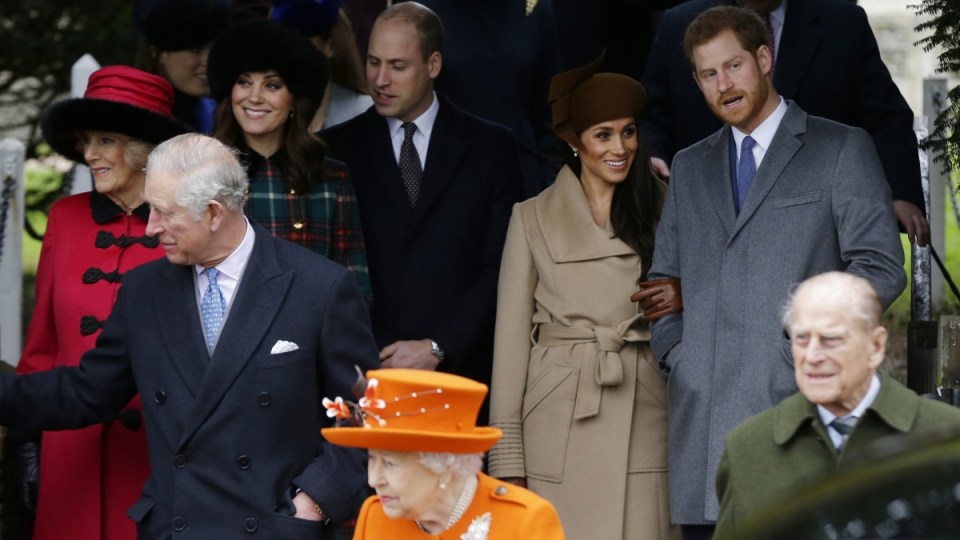 "The Prince of Wales is pleased to be able to welcome Ms Markle to The Royal Family in this way." Photo: Getty

The final piece in the royal wedding has fallen into place with Prince Charles agreeing to walk his soon-to-be daughter-in-law down the aisle to marry his son, Prince Harry.

Speculation had been rife that Meghan Markle’s mother, Doria Ragland, might have to give away her daughter when the bride confirmed her father, 73-year-old Thomas Markle, would not be on hand for her wedding to Harry.

But Prince Charles has come to the rescue and guaranteed three generations of Windsor men will be front and centre at the highly anticipated ceremony on Saturday evening (AEST).

In a statement, Kensington Palace said Meghan had asked Prince Charles to accompany her down the aisle of the Quire of St George’s Chapel on her wedding day.

The statement implied that Meghan would still enter the chapel alone with her bridesmaids and page boys, as the Quire is located about half-way down the church.

“The Prince of Wales is pleased to be able to welcome Ms Markle to The Royal Family in this way,” the statement said.

An update on the #RoyalWedding: pic.twitter.com/wfJ6ZFyzHi

The ceremony will, however, not include the traditional gesture of the ‘giving away’ of the bride in which the person officiating will ask: “Who giveth this woman to be married to this man?”

The Independent newspaper in the UK reported that Meghan had spent “a great deal of time” with Prince Charles during her relationship with Harry, “and has built an affectionate bond”.

“It was Ms Markle’s idea to ask him to do the honours on her wedding day, offering the suggestion to Prince Harry who was delighted,” a source told the paper.

Celebrity website TMZ reported this week that Mr Markle had wanted to attend the royal wedding so that he could walk his daughter down the aisle. He had earlier said he would miss the wedding after he was engulfed in a scandal over his apparent collaboration with the paparazzi.

However, Meghan later confirmed in a statement that her father would not attend the nuptials.

“Sadly, my father will not be attending our wedding,” she said afterr reports her father would undergo heart surgery.

“I have always cared for my father and hope he can be given the space he needs to focus on his health.

“I would like to thank everyone who has offered generous messages of support.

“Please know how much Harry and I look forward to sharing our special day with you on Saturday.”

Harry, 33, a former army officer and one-time royal wild child, met his bride-to-be on a blind date in July 2016 after being set up through a mutual friend.

Meghan, 36, said she knew little about her royal date while Harry said he had never heard of Meghan Markle, nor watched her TV series Suits.

However, it was love at first sight, and after just two dates, he whisked her off to Botswana for a holiday, camping under the stars.

The union between the Prince and a bi-racial American actress divorcée has drawn comparisons with remarkable episodes of recent royal history.

Edward VIII’s relationship with American divorcée  Wallis Simpson led him to abdicate in 1936.

The Queen’s late sister Margaret also called off her engagement to an equerry (officer of the Royal household) Peter Townsend, whose ex-wife was still alive during his romance with the Princess.

Prince Charles will walk Meghan down the aisle to marry Harry