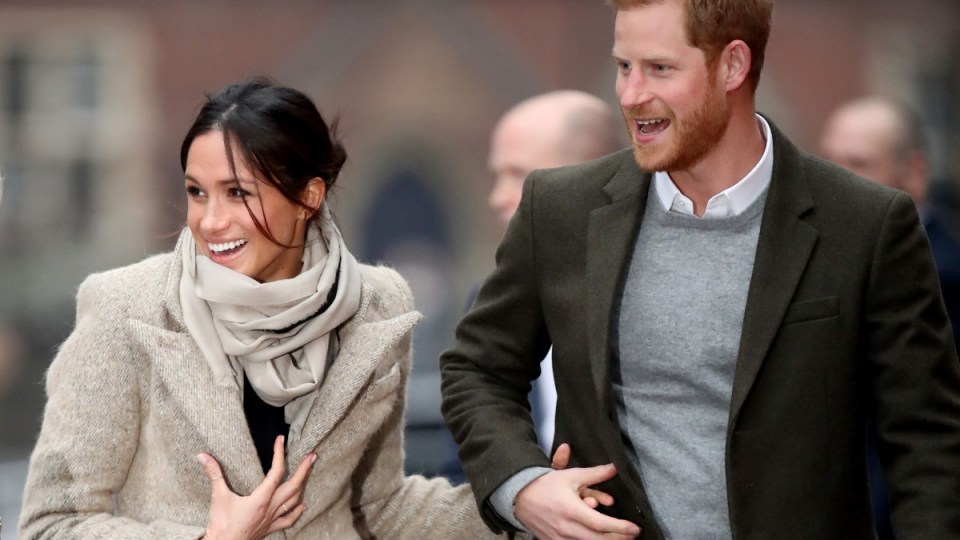 "It's like a great weight has been lifted from his shoulders," said Katie Nicholl of Prince Harry (with Meghan Markle on January 9.) Photo: Getty

In two weeks, on May 19, Prince Harry weds Meghan Markle. Royals author Katie Nicholl – whose new (third) book on the Windsors, the unauthorised biography, Harry: Life, Loss and Love, looks at everything that led up to this major event in his life – tells The New Daily what Meghan doesn’t like him doing and what his relationship with Kate Middleton is really like.

What makes Harry tick?
Harry was born a prince but yearns to be ordinary. It’s been a constant juggling act for Harry, but I think finally, at the age of 33 he’s truly happy with life.

Why didn’t things work out with past girlfriends?
Neither Chelsy Davy nor Cressida Bonas wanted the limelight. It was too much pressure. Chelsy described it as a crazy world and so did Cressida. Ironically, it was watching the royal wedding in 2011 that put Chelsy off ever marrying Harry.

Before Meghan, was he getting anxious about finding the one?
Yes, I think he was worried he was going to be left on the shelf, which is ironic because he was often voted the world’s most eligible bachelor.

What does she bring to his life that other women didn’t?
Meghan brings experience, a willingness to make sacrifices – she has given up her home, her career, her nationality – and crucially, she has confidence in the limelight. You get the sense with Meghan that she can handle this. She looks born to do this role.

Would he and Meghan have had approval from the palace to be affectionate in public, or are they doing royal romance their way?
I’ve never seen Harry so happy. He’s found his partner, someone to share the load with and he just looks like a different man. It’s like a great weight has been lifted from his shoulders. Their approach to royal engagements is unstuffy and informal, we’ve seen hand-holding and a chattiness we don’t normally associate with royal engagements, but that’s no bad thing. So yes, they are a very modern royal couple.

Do they spend much time with William, Kate and their children?
Living so close at Kensington Palace, they see the Cambridges a lot, and Meghan and Kate seem to get along well. Harry and Meghan adore Charlotte and George who will be in the bridal party.

Does he really get on famously with Kate or is that palace PR?
Harry adores Kate and, in recent years, I would say they have become even closer. Harry trusts Kate, he wanted her approval very soon after he met Meghan. He often goes to her for advice.

What sort of husband and father will he be?
Anyone who’s ever seen Harry with kids knows he will be a great father. As for a husband, he’s clearly deeply in love. His wild days are behind him and he’s ready to settle down. I think he feels so lucky that Meghan, as he said, fell into his life. 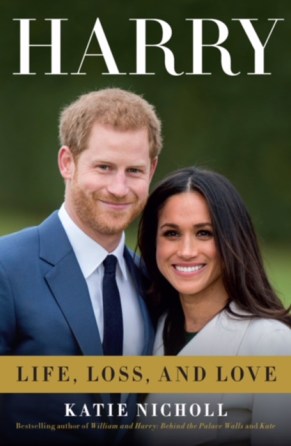 What is it about Meghan that he loves so much?
They connected during those early dates over their joint desire to bring about change, to do some good in the world. That was a real moment when I think they realised they shared the same vision. From then on it was simply a case of falling in love.

How much has Harry changed from five years ago?
He’s grown up and his renaissance has been a remarkable one. The boy who once fell out of nightclubs has fought on the front line and has made it his mission to use his platform to bring about change and make his grandmother proud. The Royal Family couldn’t ask for any more.

Away from the spotlight, how does Harry spend his time?
He loves being in the countryside, spending time with his friends, shooting – although he does less of that now because Meghan doesn’t like it. He loves to watch movies and is actually quite a home-body these days. I’ve not seen him in a nightclub for a very long time!

Crystal ball stuff, but would he have been a different man if Princess Diana were alive?
His life changed forever when she died, and we now know how consumed he was by the inner grief he couldn’t process for decades and has carried around with him all these years. The tragedy has without a doubt shaped Harry and made him the man he is today. Diana is never far from his thoughts. He loved his mother and has been determined to continue her legacy. She would be so proud of him.

‘He was worried he’d be left on the shelf’: Royals author on Prince Harry