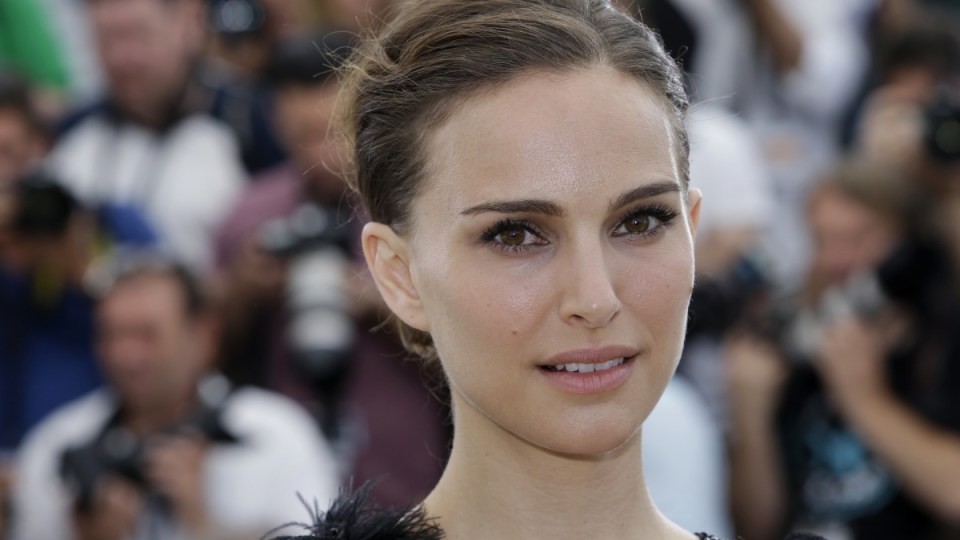 Portman, an Israeli-American actress, is a fierce critic of government policy in Gaza. Photo: AAP

On Friday, for the fifth week in row, Israeli soldiers and Palestinian protesters once again clashed along the border with Gaza.

This time, three Palestinians were killed.

More than 40 Palestinians have now been killed by Israeli fire in the March of Return protests.

Israel says many of the dead and wounded have links to the military wing of Hamas, the Islamist group that controls Gaza.

But the ongoing deaths in Gaza did not dominate debate in Israel this week.

What many were talking about was the decision of Israeli-American actress Natalie Portman.

Israelis are still trying to digest Portman’s refusal to attend the ceremony to accept the prestigious Genesis Prize, sometimes referred to as the Jewish Nobel.

This year’s Genesis Prize winner selects charities that receive a total of $US2 million ($2.6 million).

The Hollywood star, who was born in Israel, accepted the prize late last year.

But as the death toll in Gaza mounted recently, she announced she would not attend the prize ceremony in June.

She posted a clarifying statement on Instagram, saying she did not want to appear to be endorsing Israeli Prime Minister Benjamin Netanyahu.
He was due to appear at the ceremony.

And in an apparent reference to the Palestinian deaths in Gaza, she wrote: “… the mistreatment of those suffering from today’s atrocities is simply not in line with my Jewish values.”

My decision not to attend the Genesis Prize ceremony has been mischaracterized by others. Let me speak for myself. I chose not to attend because I did not want to appear as endorsing Benjamin Netanyahu, who was to be giving a speech at the ceremony. By the same token, I am not part of the BDS movement and do not endorse it. Like many Israelis and Jews around the world, I can be critical of the leadership in Israel without wanting to boycott the entire nation. I treasure my Israeli friends and family, Israeli food, books, art, cinema, and dance. Israel was created exactly 70 years ago as a haven for refugees from the Holocaust. But the mistreatment of those suffering from today’s atrocities is simply not in line with my Jewish values. Because I care about Israel, I must stand up against violence, corruption, inequality, and abuse of power. Please do not take any words that do not come directly from me as my own. This experience has inspired me to support a number of charities in Israel. I will be announcing them soon, and I hope others will join me in supporting the great work they are doing.

Reaction in Israel was swift. Members of Israel’s parliament, the Knesset, demanded that her citizenship be revoked.

Speaking on Israeli television, Oren Hazan, a Member of the Knesset for the governing Likud party, said Portman, who is Jewish, was anti-Semitic.

“What Natalie Portman did, she played as a tool for those that hate us more, ” he said.

“What they say right now? They say ‘Look at this. Even the most moral Jewish attack the Jewish state. Attacked the state of Israel.’ She crossed a line.”

Even those opposed to the government say Portman has unintentionally played into the hands of anti-Israel activists, including supporters of the BDS (Boycott, Divestment, and Sanctions) movement.

In her Instagram post, the actress went out of her way to state she does not support the BDS movement.

Ksenia Svetlova belongs to the opposition block in the Knesset.
She’s a fierce critic of government policy in Gaza.

A mistake to boycott the ceremony

But even she thinks Portman’s decision to boycott the Genesis Prize ceremony was a mistake.

“When we feel somebody who is part of us, she knows all the complexities … and she knows she gives a lot of strength to organisations such as BDS by not coming here.”

Ms Svetlova believes that Portman, as an Israeli, should have known better.

“What she does is she alienates the mainstream Israeli folks who live here,” she said.

“Yes, we do have problems. But when you just completely shun our country, when you boycott our country, you just prove (to) us ‘We are right. Everybody hates us’. This is the end of the story.”

There have been voices, mostly in the arts and on the Israeli left, who have defended Portman’s decision.

“Friends of Israel around the world … it’s very important they say what they believe,” Mr Shadi said.

“Because you can learn from every aspect that someone who loves you gives you. Even if it’s wrong.”

The director said Portman is finding out the hard way how criticism from ‘one of their own’ is viewed by the Israeli public.

“When they see an Israeli figure, or Jewish figure, stands against Israel … they feel like they’re attacked.”

After all the debate and discussion, there is no word yet about what will actually happen to the $2.6 million to be awarded by the prize winner.

The Genesis Prize Foundation said it is “very saddened” that the Israeli-American actress will not attend.

It also said it had no choice but to cancel the prize ceremony, out of “fear that Ms Portman’s decision will cause our philanthropic initiative to be politicised”.

Natalie Portman, Netanyahu and Gaza: Israelis bristle at criticism from ‘one of their own’