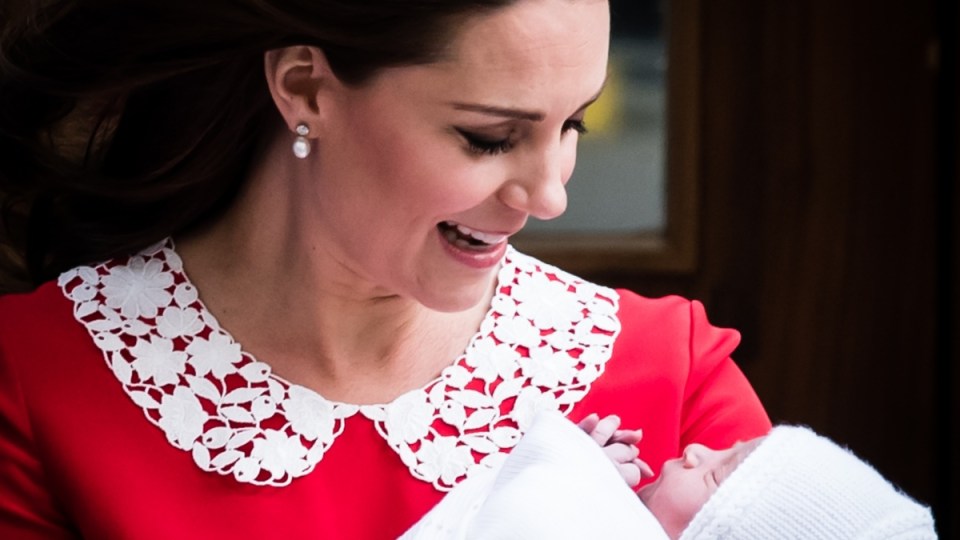 After keeping the world waiting for what felt like an eternity (four days), Prince William and Kate Middleton have revealed they named their newborn son Louis.

The Duke and Duchess confirmed the name about 11am on Friday morning (Friday night Australian time). They will have shared the name with the Queen and the rest of their family before making it public.

The announcement had been eagerly awaited ever since the couple showed off their new child on the steps of the exclusive maternity unit, the Lindo Wing, on Monday evening (UK time).

As is tradition, the son has been given a string of traditional sounding names. His full name is Louis Arthur Charles, and his royal title will be His Royal Highness Prince Louis of Cambridge.

Louis is William’s fourth name and was the first name of Earl Mountbatten, uncle of Prince Philip, to whom Prince Charles was famously close.

Born fifth in line, the baby is the Queen and Philip’s sixth great-grandchild.

Bookies had not expected a Louis. The shortest odds were for Albert, Arthur, Alexander, James and Philip.

The four-day wait to reveal the name broke the tradition established by the royal couple’s first two children, Princess Charlotte, 2, and Prince George, 4, whose names were revealed a mere two days after they left hospital.

And it appears young Louis is keeping his parents up at night, based on footage of Prince William attending an Anzac Day service in London with Prince Harry and Meghan Markle.

Despite telling guests at the service, “‘Sleeping’s going reasonably well so far, he’s behaving himself which is good news,” William appeared to nearly nod off several times throughout the official proceedings.

Struggling to keep his eyes open, William, who was sitting next to Meghan, battled to appear interested and awake.

Life with a newborn baby. 😴😂 pic.twitter.com/I3c6bF5HkR