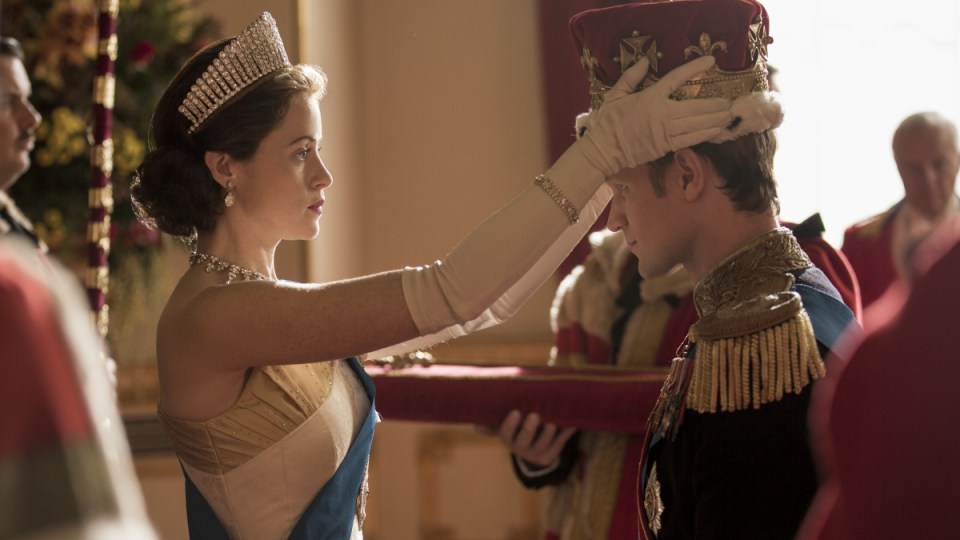 Claire Foy (left) might be the Queen of England on screen, but off-screen she comes second to male co-star Matt Smith (right). Photo: Netflix

Claire Foy, the actress who played the lead role of Queen Elizabeth II in the Netflix series The Crown, was paid less than her co-star Matt Smith, the show’s producers have revealed.

According to Variety, producers Andy Harries and Suzanne Mackie told an audience at an event in Jerusalem that Smith, 35, was paid more because of his Doctor Who fame.

By contrast Foy, 33, had only featured in smaller television roles mainly in the United Kingdom when she signed on to star as the monarch in 2016.

Harries and Mackie said they would rectify this imbalance for all forthcoming seasons.

“Going forward, no one gets paid more than the Queen,” Mackie said.

But Foy, who won a Golden Globe for her performance, won’t benefit from the decision – her role on the show has ended and she is set to be replaced by fellow Brit Olivia Colman, who will play Elizabeth in her middle-aged years.

In fact, the entire cast – including Smith – will be replaced every two seasons in order to accurately represent the real-life people portrayed.

While Smith’s salary is not known, as the 11th Doctor Who star he earned £1million ($A1.78 million) over five years.

Meanwhile, his Doctor successor, Peter Capaldi, was revealed to be earning between £200k and £250k a year when the BBC made public the salaries of its top-earning personalities.

The revelation has outraged many, given Foy’s status as the show’s undisputed lead and her amount of screen time, plus the fact she is used in all the show’s promotional materials and has won great popular and critical acclaim for her performance.

Matt Smith is very good as Philip.
But Claire Foy is nothing less than remarkable as the Queen.
This pay disparity is absurd. https://t.co/QOz42aCBVW

When you hear Claire Foy was paid less than Matt Smith for #TheCrown pic.twitter.com/fdt7WjHMVM

As well as divulging salary details of the show’s stars, producers Harries and Mackie spoke about the upcoming season of the popular Netflix series and the challenges they face as the show’s timeline approaches the present day.

“It’s called libel,” Harries said, according to Variety. “As you get nearer to the present day, there are a lot more people who are alive and well.”

He added: “I want to see an episode where Trump comes to Buckingham Palace. [And Meghan Markle] can play herself.”