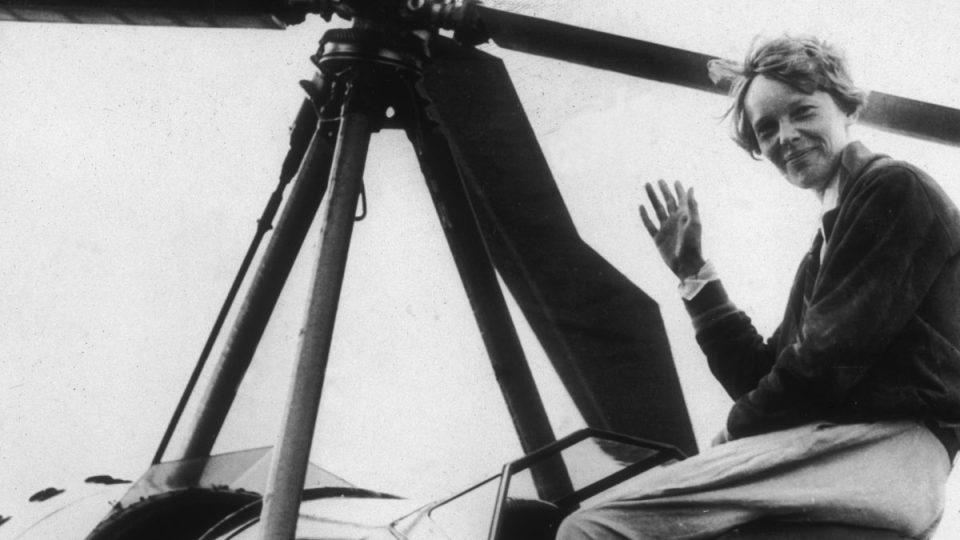 Amelia Earhart in the cockpit of a plane in Newark, New Jersey, in 1935. Photo: Getty

The disappearance of American pilot Amelia Earhart while flying over the Pacific Ocean during a 1937 flight around the world became aviation’s greatest enduring mystery.

On March 8, a study claimed that bones found on the tiny Pacific Island of on Nikumaroro Island in 1940 were ‘likely’ those of Earhart, who vanished with her navigator Fred Noonan.

The probable solving of the mystery sparked fresh interest in Earhart’s life, which by the time she disappeared at age 41 had been packed with adventure.

Her first flight was unusual

At age seven, growing up in Kansas, she roped in her uncle to help make a homemade rollercoaster. After crashing it, she told her sister Grace it “was just like flying.” But when she saw one of the Wright brothers’ first planes at the Iowa State Fair in 1908 she was underwhelmed.

In Last Flight, a collections of her diary entries published after her death, Earhart called the aircraft “a thing of rusty wire and wood.” She first got on a plane, as a passenger, in 1920.

Her first flying instructor was another woman

Neta Snook, the first woman to run her own aviation business and commercial airfield, gave Earhart flying lessons near Long Beach, California in 1921. Snook reportedly charged $1 in Liberty Bonds for every minute they spent in the air.

To pay for flying lessons, Earhart worked in a photography studio and as a filing clerk at the Los Angeles Telephone Company; other jobs included nurses’ aid and social worker.

Her first plane was a lemon

Within six months of her first lesson, Earhart paid $2000 for her first plane, named The Canary. The secondhand yellow Kinner Airster biplane was the second one ever built. Snook told her it was underpowered, overpriced, and tough for a beginner to land.

Her adventurous spirit came from her mother

Amy Earhart was the first woman to climb Pikes Peak in Colorado. She encouraged her daughter’s passion for flying, using an inheritance to pay for The Canary. But Amelia’s father was afraid of flying.

Earhart met promoter George Putnam when he offered to help her write a book. Their creative collaboration led to love, but when he proposed Amelia reportedly suggested a trial marriage for a year because she was worried about losing independence.

Their marriage lasted until her disappearance, with Putnam organising his wife’s press tours and endorsements, including a line for the Baltimore Luggage Company that was produced from 1933 until the 1970s.

She wrote for Cosmopolitan

The same year she met Putnam, Earhart landed the job of Cosmpolitan’s aviation editor. She had 16 stories published including “Shall You Let Your Daughter Fly?” and “Why Are Women Afraid to Fly?”

She was the first woman to fly the Atlantic solo

After crossing the Atlantic in 1928 as a passenger, she flew from Newfoundland to Ireland four years later. In June 1928, she made the crossing in 14 hours, landing in a cow paddock in Londonderry, Northern Ireland. When a farmer found her and plane and asked where she was from, he was reluctant to believe her.

Her own fashion label

While the most famous photos show Earhart in a leather bomber jacket and men’s pants, she loved fashion and was encouraged to design a collection after hosting a lunch for Italian designer Elsa Schiaparelli. In 1934 the Amelia Earhart line was launched in one department store in 30 major cities. Parachute silks were used in the clothes, which featured propeller-shaped buttons, belts made from parachute cords and fasteners made from actual wing bolts.

And she had a girl squad

Earhart was the first president of the Ninety-Nines, a society of 99 female aviators. She sponsored a ‘Hat of the Month’ club which awarded a Stetson to the Ninety-Nine who flew into the most airports each month.

Amelia Earhart: Seven things you didn’t know about her life