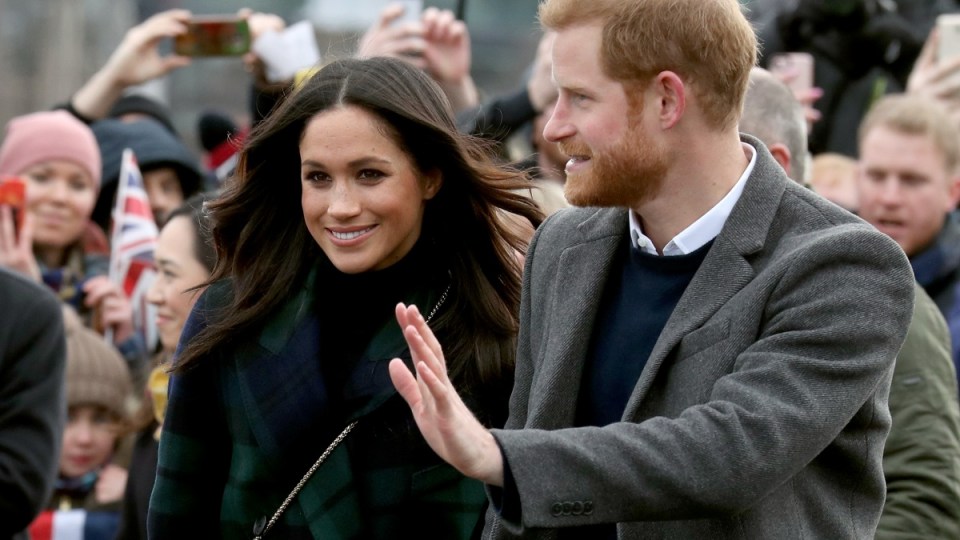 The guestlist will include 1200 members of the public who will be selected by nine regional Lord Lieutenant offices. Photo: AAP

More than 2500 members of the public from across Britain have been invited to Prince Harry and fiance Meghan Markle’s wedding and that doesn’t include the official guest list.

In a ceremony expected to attract attention from around the world, Kensington Palace has released new details of their wedding in 11 weeks time at St George’s Chapel, Windsor Castle on May 19.

A palace spokesperson says the couple wanted the public to feel like they were a big part of the day, and “like all weddings” they wanted it to be a “moment that will reflect the characters and values” of the bride and groom.

The number does not include those invited to the ceremony at the castle’s chapel, which seats about 800, reported the ABC.

“Prince Harry and Ms.Meghan Markle will invite 2640 members of the public to Windsor Castle on their wedding day to watch the arrivals of the bride and groom and their guests and the carriage procession as it departs from the castle,” Kensington Palace said in a statement on Friday.

“Prince Harry and Ms. Meghan Markle have said they want their wedding day to be shaped so as to allow members of the public to feel part of the celebrations too,” the statement said.

Other guests will include 100 pupils from two local schools, 610 Windsor Castle community members and 530 Members of The Royal Household and The Crown Estate. pic.twitter.com/uG3WL3z9gQ

The 2640 invited guests will be made up of people from charities associated with the couple, local school pupils and members of the local community and 1200 people from across the country, chosen from a broad range of backgrounds and ages.

The guests will be invited into the grounds of Windsor Castle to watch the arrival of Harry and Meghan and their wedding guests at the chapel and “to watch the carriage procession” as it leaves the castle.

In the Kensington Palace statement, and later shared in a series of carefully illustrated tweets, Harry and Meghan said they wanted 1200 members of the general public to be selected by “Lord Lieutenants, including young people who have shown strong leadership and those who have served their communities”.

There will also be 200 people from a range of charities and organisations which Harry and Meghan have a close association with, including several which Harry serves as Patron.

The Royal School, Great Park, Windsor and St George’s School, Windsor Castle — both of which have a strong affiliation with the Windsor Castle community — will select a lucky group of 100 students.

The remainder of the guestlist is made up of 610 Windsor Castle community members, including residents of Windsor Castle and members of the St George’s Chapel community and 530 Members of The Royal Households and Crown Estate.

The couple has asked that 1,200 people, from all corners of the UK be selected by Lord Lieutenants, include young people who have shown strong leadership and those who have served their communities. pic.twitter.com/aIraJiXg6B

Harry, 33, and Meghan, 36, announced their engagement in late November, sitting down to a live interview with the BBC hours after the news broke.

Harry revealed the couple met on a blind date and Meghan said despite their long-distance romance they “never went longer than two weeks without seeing each other.”

The meeting was set up by a mutual friend and Harry had no idea who Meghan was and had never watched the US TV show Suits, in which she plays a paralegal turned lawyer.

They clicked instantly on a couple of dates, then “I think about three, maybe four weeks later I managed to persuade her to come and join me in Botswana,” Harry said.

“And we camped out with each other under the stars … she came and joined me for five days out there, which was absolutely fantastic.”

Harry said he proposed earlier that month during a “standard, typical night for us” at his home in his Kensington Palace apartments as the couple were cooking roast chicken for dinner.

“It was just an amazing surprise. It was so sweet, and natural and very romantic,” Meghan said.

After the hour-long ceremony, Harry and Meghan are expected to share their wedding celebrations with even bigger crowds as thousands of royal fans will line Windsor’s High Street before returning to the castle by the Long Walk, a 4.2-kilometre, tree-lined avenue located south of the castle.

“They hope this short journey will provide an opportunity for more people to come together around Windsor and to enjoy the atmosphere of this special day,” an February 11 statement from Kensington Palace said.