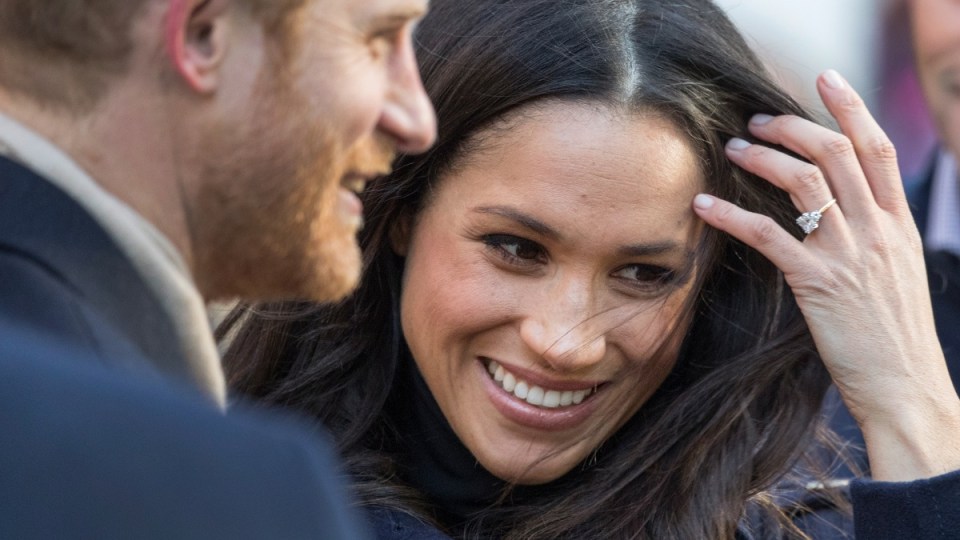 A string of secret rendezvous, public PDAs: will Harry and Meghan's TV story live up to their fairytale reality? Photo: Getty

Prince Harry and Meghan Markle’s courtship seemed the stuff of a fabulously cheesy telemovie: The world’s most eligible royal falls for an American starlet and – not caring she’s a divorcee and commoner – woos her in secret exotic locations and at polo games before proposing over a chicken dinner at his palace.

Now it actually is the stuff of a cheesy telemovie, with Lifetime announcing it has cast the lead roles in Harry & Meghan: A Royal Romance.

Celebrating on Twitter, director Menhaj Huda (The Royals, Coronation Street) called it “an inspirational love story of our time.” As Vanity Fair put it, the project is a “Lifetime movie about what is essentially a Lifetime movie.”

While Harry and Meghan had 18 months to let their story develop, deadlines are tighter on the screen version.

With just over three months before the pair wed at Windsor Castle on May 19, shooting is due to start this week in Vancouver and Los Angeles.

With former Suits star Meghan, 36, unavailable to play herself, the plum role of the soon-to-be Windsor wife has at least gone to an actress with a double-barrelled surname, Parisa Fitz-Henley, 41.

Judging by her Instagram photos, Fitz-Henley is almost a dead ringer for Meghan and, like her, is biracial, being born in Jamaica to an American mother and Jamaican father.

Psyched we can finally share! So happy to be doing this project w/ #MurrayFraser 💏 (we gotta get this dude on IG asap!) and @lifetimetv! 🎉

Her social media profile says she’s a ‘Jamerican flower fanatic, snail fan” and her feed is studded with photos of roses and happy snaps with celebrities including singer Dolly Parton and actress Chrissy Metz.

According to IMDb, she started her career as a model before launching an acting career in 2006 and landing small roles in Grey’s Anatomy and House of Cards.

Fitz-Henley shared the news of her royal role with her 12,800 Instagram followers, saying she is “psyched” and “so happy”.

Meanwhile, her co-star in the screen love story is so new to the game he doesn’t even have an Instagram account and his online profile has no date of birth or biographical details.

British actor Murray Fraser has two acting credits to date, as a police constable on Scottish crime series The Loch and a bit part in an episode of Victoria.

As for whether he’s a good fit for the prince, Fraser – who isn’t a redhead and reportedly has different coloured eyes to Harry – has been described as sporting “Harry-adjacent looks”. In layman’s terms, Harry should be not unhappy.

If you want a teaser of what the movie might be like, Prince William and Kate Middleton were the subject of two 2011 TV movies, both of which were named among the worst royal movies of all time.

William & Kate: The Movie is thick with “Much constitutional rhubarbing re ‘one’s duty’, ‘mother’s legacy’ etc,” said The Guardian.

The newspaper described William & Catherine: A Royal Romance’s leading man as swaggering around “in the manner of The Fresh Prince of Bel Heir, his attempts at deliverin’ a recognisably English eggsend eventually abandoned in favour of cut-glass Norwegian.”