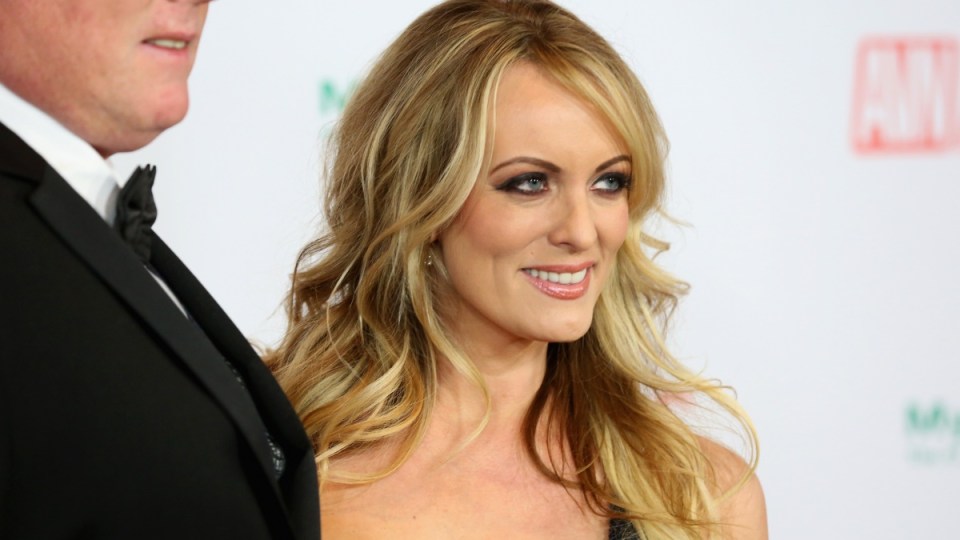 Ms Daniels – real name Stephanie Clifford – slammed both reports of the alleged affair and a Wall Street Journal story earlier this month that she was paid $US130,000 ($161,000) to stay silent by Mr Trump’s lawyer Michael Cohen.

“I am not denying this affair because I was paid ‘hush money’ as has been reported,” wrote Ms Daniels, in a typed document headed “Official Statement” dated January 30.

“I am denying this affair because it never happened.”

Ms Daniels, 38, said she was making her statement after being asked “countless times” about an alleged sexual relationship with the President “many, many, many years ago.”

The letter was provided to Buzzfeed News on Tuesday (US time), the same day Mr Trump delivered his State of the Union address.

Media outlets reported her own lawyer confirmed to The Associated Press that Ms Daniel’s statement was authentic.

Also real: she wants you to follow her on social media.

“Please feel free to check me out on Instagram at @thestormydaniels,” said Ms Daniels at the end of her statement.

In curious timing, while Ms Daniels said in the statement she would have nothing further to say on the Trump matter, she soon bowled up to the Kimmel set.

The host tweeted a promo that suggested Ms Daniels had been gagged from talking openly on the show.

In it, Kimmel is seen wagging a Mr Trump doll at a Stormy Daniels doll held up by the real thing.

The Stormy doll has tape across its mouth. Kimmel makes the Trump doll pounce on it.

Nothing feels more natural than watching the #SOTU with @StormyDaniels pic.twitter.com/yqvgN3wF58

Currently in the middle of a publicity tour, Ms Daniels was poker-faced last week during an interview with Inside Edition.

She was silent each time she was asked about sex with Mr Trump, but was more forthcoming describing her ordinary life in smalltown Texas with her husband and daughter, 7.

“And then I wake up one morning and there’s news trucks and reporters outside of my house,” she said. “Now suddenly I’m having to make phone calls to hire security.”

On various occasions, Ms Daniels has both confirmed and denied having an affair with Mr Trump.

A 2011 interview with In Touch Weekly resurfaced this month after the Wall Street Journal’s claim of the financial deal.

In it, Ms Daniels said she had sex with Mr Trump in 2006, about four months after his wife Melania gave birth to their son Barron.

She was photographed once with the then-businessman.

In a statement to Fox News, Mr Cohen denied the allegations of an affair.

“These rumors have circulated time and again since 2011,” he said.
“President Trump once again vehemently denies any such occurrence as has Ms Daniels.”