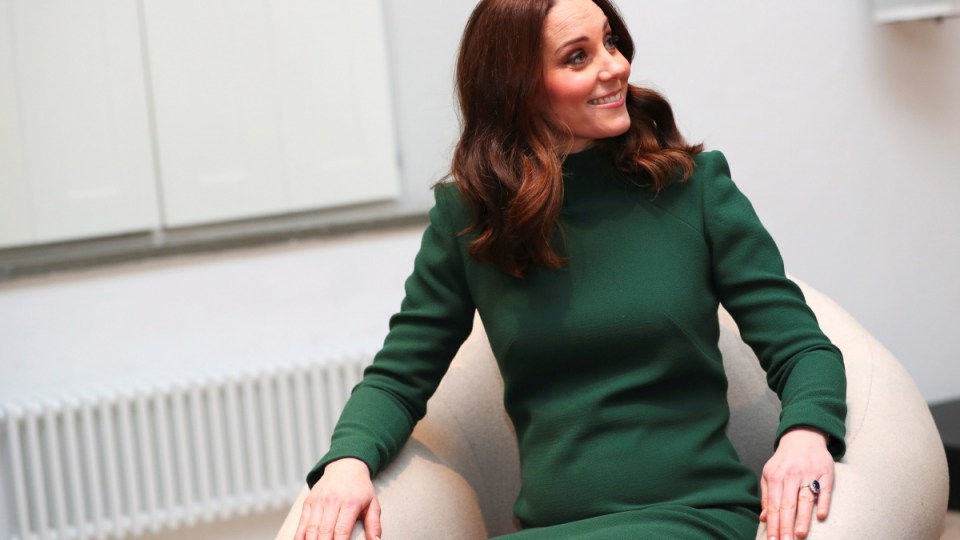 The Duchess of Cambridge at the ArkDes design museum in Sweden. Photo: AAP

Known for her love of high street fashion and $12 Elnett hairpray, the Duchess of Cambridge has revealed she’s also not too grand for a bit of affordable, flat-pack furniture.

On the first day of her four-day tour of Sweden and Norway with husband Prince William, Kate said their children Prince George, 4, and Princess Charlotte, 2, have Ikea décor in their bedrooms at Kensington Palace.

The surprising admission was made as the royal couple toured Sweden’s national museum of architecture and design, ArkDes.

“They revealed they have Ikea pieces for the children’s rooms,” said the company’s head of design Marcus Engman, who played guide for the Cambridges as they toured an exhibition for young Swedish designers.

Mr Engman said the visitors told him they were “very interested” in home furnishings and how the design process works at Ikea.

It’s not the first time the company has been given a royal seal of approval. Sweden’s Queen Silvia worked with Ikea on a project for elderly living.

Before meeting William and Kate, Mr Engman said he wanted to know their tastes in homewares: “It would be nice to know if they have any Ikea furniture.

“Why would it not be possible for them?”

Mr Engman didn’t report on whether he asked the obvious question: do they assemble the furniture themselves, sitting on the floor of the palace, cursing and hunting for packets of screws and Allen keys?

Certainly, the couple’s tastes seemed more top end than minimalist and budget-friendly when they redecorated Apartment 1A at Kensington Palace.

The young family, whose number will swell to five when Kate gives birth to their third child in April, made London their permanent base last year.

They moved back from their rural mansion, Anmer Hall in Norfolk, ahead of George starting school last September, and to take on a heavier royal schedule, as Prince Phillip retreated from public life.

According to Hello! magazine, the new family home was “impeccably decorated” under the guiding hand of “in-demand” interior designer, Ben Pentreath.

When then-US President Barack Obama visited the Cambridges at home in April 2016 – he was greeted by George in a dressing gown and slippers – photos of the occasion revealed Kate’s interior tastes.

Dotted around the room where Kate, William and Prince Harry chatted with the Obamas were plenty of old paintings, family photos, chinoiserie, giant vases of flowers and a side table groaning with bottles of booze.

After their budget furniture revelation, William and Kate were back to top-shelf stuff at a dinner hosted by the British ambassador.

Kate, in a long Erdem floral gown, sat next to actor Stellan Skarsgård, while the duke had actress Alicia Vikander as his dining companion.

According to reports, the meal kicked off with Scottish smoked salmon with quail egg followed by guinea fowl with mashed potatoes.

William told fellow guests he had mastered the local sport of bandy hockey that day in a scratch game against his wife, but Kate was having none of it: “I let him win.”

Kate Middleton admits to having Ikea furniture at Kensington Palace