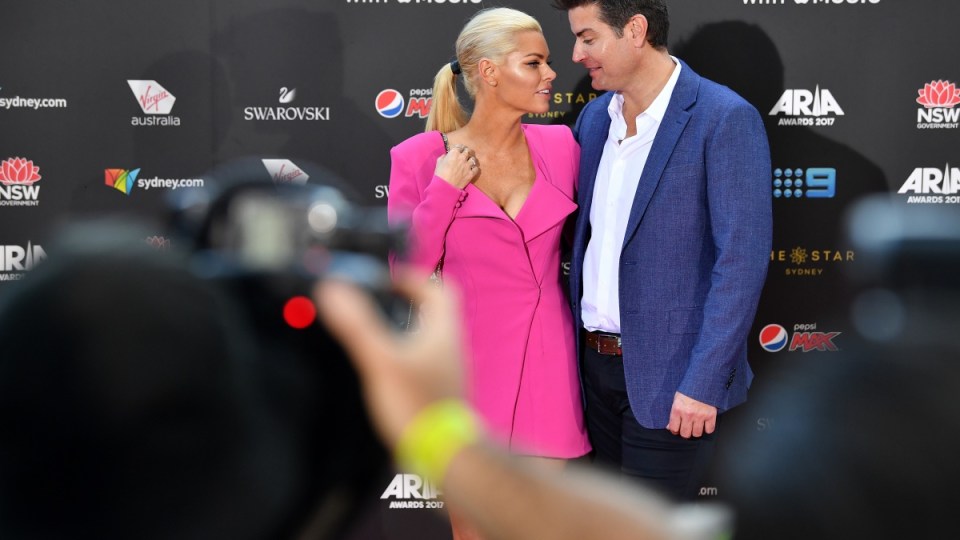 The Bachelorette Sophie Monk announced her split from boyfriend Stu Laundy on Instagram by insisting there were “no contracts” keeping them together beyond the end of the popular reality series.

“There were no contracts or pressure to stay together whatsoever from anyone and we remain friends,” Monk told her 475,000 followers in the social media post on Friday.

But a television industry insider told The New Daily winning couples on The Bachelor and The Bachelorette Australia franchises sign contracts to stay together for a period of time to ensure ongoing publicity.

The source suggested successful contestants are contracted to publicly stay together for 14 months, with the required time period starting from the first day of filming.

“The idea is that they find everlasting love on the show so you can’t just say a week later I’m done, bye, bye,” the source said.

“It erodes the whole point of the show and the brand. When you make a commitment to a show that is that insane you have to be seen to having a red hot crack.”

The New Daily sought comment from Channel Ten about the contracts, but was unsuccessful.

In a statement the network said four couples had found love and remained together after the cameras stopped rolling over the eight seasons and five years of the reality show.

So where are our Bachelor and Bachelorette couples now?

What happened? Richie and Alex split after ten-and-a-half months in August 2017, after meeting on season four of The Bachelor and starting a long-distance relationship.

Their break-up was confirmed when Alex, who has one son from a previous marriage, was spotted kissing Maegan Luxa, who she met while playing for the Frankston Bombers women’s football team.

In December last year, the couple got engaged and Alex, 26, was spotted wearing a pear-shaped ring. Richie remains single.

What happened? Season two Bachelor Blake Garvey proposed to Sam Frost on the program’s finale, but the morning after it was revealed Blake had broken up with Sam in the six weeks between filming ending and the finale airing and had circled back to second runner up, Louise.

Sam Frost got her second chance at love on spin-off program, The Bachelorette, and found construction manager Sasha Mielczarek.

The couple bought a puppy and a block of land, but announced they had split just before Christmas 2016. Sam has since moved on with boyfriend Dave Bashford, while Sasha has remained single. Sam has deleted all traces of Sasha on social media.

After 18 months together, I can confirm that Sam and myself have come to a mutual decision to part ways. I respect Sam wholeheartedly and cherish our new found friendship. It is important to stress that there is no bitterness or scandal however the distance has been challenging at times. This is a very difficult time for the two of us and to be honest I'm absolutely heartbroken! Sammy, I think you are absolutely amazing, beautiful in every way and I wish you all the best in the future. I will be listening to your fantastic radio show and look forward to you killing the ratings in 2017. I want to thank everyone for their love and support over the past 18 months, you have all been amazing! Now get back to your holidays and enjoy time with family and friends! #chinup #timehealsallwounds

Status: Engaged with a baby

The Melbourne couple fell in love on the third season of The Bachelor after many rose ceremonies and cooking dates and became engaged soon after the finale was broadcast. A wedding is yet to take place.

“Willow Wendy Wood you make our hearts explode. Mumma you were amazing and I love you more than ever. Eve, you look so natural holding your little sister. Dad – stop crying…Willow you are simply perfect,” Sam wrote in an emotional social media post.

2015 – 🤔hmmm I might go on this reality show. End of 2017 – take a chance, discover who you are and what is truly important in life. I’ve ended up with my world full of three beautiful girls that fill my heart every waking minute and my dreams every moment I sleep. Love you Snez, Eve and Willow now and always ❤️❤️❤️

What happened: Television journalist Georgia Love found love with plumber Lee Elliott on last year’s season of The Bachelorette and they celebrated their “finale” anniversary in an Instagram post on October 2017.

“One year ago we were finally allowed to walk down the street together and this is pretty much how we’ve been doing it ever since,” Love said in a loved-up post of the couple walking through a vineyard.

What happened: After failing to win Georgia Love’s affections on The Bachelorette, Matty J went on to become the next Bachelor. In season five he conveniently fell for fellow Bondi resident Laura Byrne, a jewellery designer.

The pair enjoyed a trip to Bali, a handful of weddings and plenty of beach trips together since going public with their romance.

Someone’s ready for their close up ⭐️

What happened: After dumping Sam Frost for Louise, Blake publicly flaunted their love on social media, before abruptly announcing the relationship had ended in April 2016 with a break-up photoshoot for New Idea magazine.

“We were walking on eggshells around each other, always trying to say the right thing…” Garvey said of the split.

ONLY IN NEW IDEA: Blake and Louise exclusively reveal they've split. "I've been crying, numb and angry" she tells us pic.twitter.com/7zobysokWi

What happened: The very first Bachelor, personal trainer Tim fell for lawyer Anna and they’ve been together ever since. In May 2017, Tim popped the question on a dinghy during a weekend away.

“LOVE made me do it! On the weekend… in a little dinghy… floating on a secluded river…I asked this amazing woman to marry me… she said YES!!! Woohoo!!,” Tim said of the proposal.

Real love or all for show? How The Bachelor couples have endured