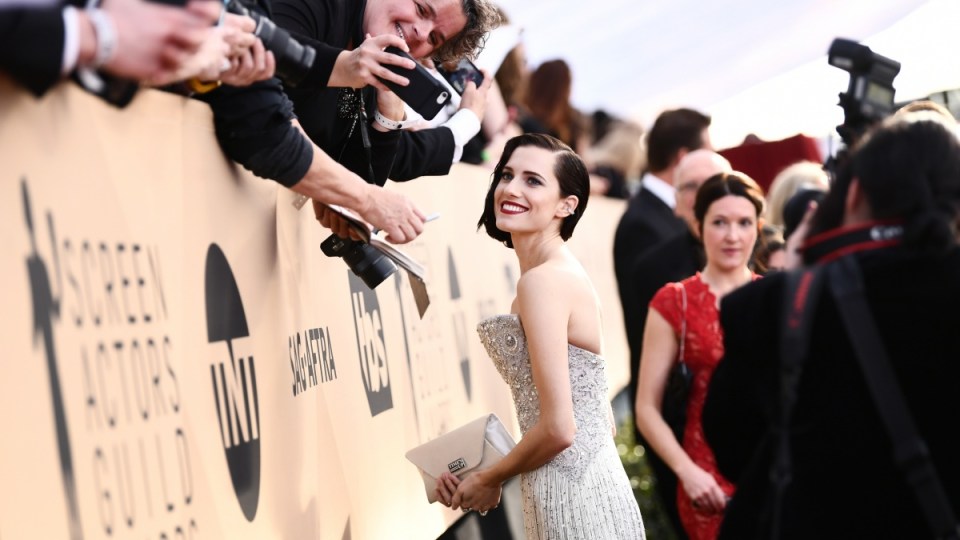 The red carpet at the Screen Actors Guild Awards was a sea of nude tones of blush pink, cream and lots of sparkle. Photo: Getty

Getting ready for the 24th Screen Actors Guild Awards on January 21, nominee Nicole Kidman ran into a roadblock.

“Running late, but on my way,” said Kidman – who had worked until 1am and was battling a bad cold – on Instagram, sharing a preview of her sequin bronze gown as she slipped on her last pieces of jewellery.

What was spot on were Kidman’s fashion instincts, with stars including Olivia Munn and Laurie Metcalfe sparkling in metallic looks embellished with paillettes and crystals.

“I have a suit of armour on,” said Allison Janney of her gunmetal grey Yanina Couture sequin gown.

Halle Berry’s high ponytail showcased her new undercut, and a powerful case for the sleeved dress were made by stars including Saoirse Ronan – in floor length silk Louis Vuitton – and Allison Janney.

Kate Hudson also went for the covered up approach, in a love-it-or-hate-it Valentino dress with high lace neckline.