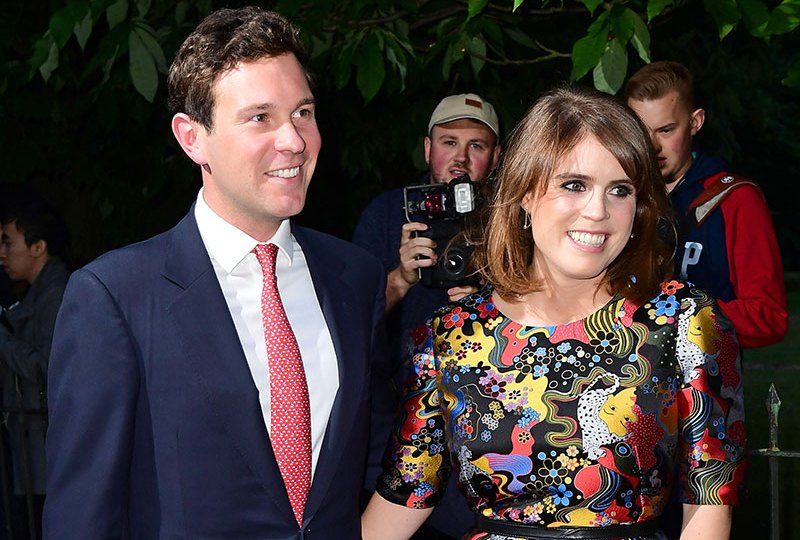 No sooner have Brits got over the excitement of one royal wedding, than they have yet another one to look forward to in 2018.

The pair became engaged in Nicaragua earlier this month, the palace statement said.

The Duke and Duchess of York are delighted to announce the engagement of Princess Eugenie to Mr. Jack Brooksbank. pic.twitter.com/ct45JvDfbq

The wedding will take place at St George’s Chapel at Windsor Castle this northern autumn – the same venue where Prince Harry and Meghan Markle will wed on May 19.

Buckingham Palace said Eugenie’s parents, Prince Andrew, the Duke of York, and his former wife Sarah, were delighted to announce the engagement, with the Duke calling Mr Brooksbank an “absolutely outstanding young man”.

A Buckingham Palace spokesman said Princess Eugenie’s grandparents, the Queen and the Duke of Edinburgh, were “very pleased and wish the couple all the best”.

“We left her this weekend [after a visit to Sandringham], and had a lovely time. She was very happy, as was my grandfather.”

But it was her mother’s social media posts that garnered more attention than the formal congratulations.

The Duchess of York greeted the announcement with a series of gushing Twitter posts, using the hashtags #engagement and #eugieandjack.

In the first, she posted a picture of the couple with the words: “Total joy!! #engagement @TheDukeOfYork” and then: “A total embrace of goodness and joy. We love Jack and I am so excited to have a son, a brother and a best friend. Eugenie is one of the finest people I know and so together it will be pure harmony.”

Her final post declared: “I always say that the river flows well to it’s destiny because of the guidance of a solid rock.”

I always say that the river flows well to it’s destiny because of the guidance of a solid rock #engagement #eugieandjack @TheDukeOfYork @TheDukeOfYork pic.twitter.com/hvCnnOwZpo

Eugenie, 27, began dating Mr Brooksbank around seven years ago after they met while skiing in the Swiss resort of Verbier. Mr Brooksbank, whom one media outlet described as a “socialite”, is a former manager of Mayfair club, Mahiki, a venue popular among Britain’s rich and famous, including Princes William and Harry.

The princess, who works in the arts as a director at gallery Hauser and Wirth, will keep her royal title when she marries Mr Brooksbank and will have the option to take his surname.

Nicola and George Brooksbank, the parents of Jack, said in a statement: “We could not be more delighted with the news of the engagement.

“We are completely over the moon and are very excited for them both.”

What is the pink sapphire?

At the photo call in the Picture Gallery at Buckingham Palace, Eugenie showed off the engagement ring – an oval-cut padparadscha sapphire set among diamonds, set on a yellow-gold band.

Padparadscha is a rare pink-orange sapphire which most typically comes from Sri Lanka and translates to ‘lotus blossom’ in Sinhalese. It is considered among the rarest of all coloured sapphires.

The ring bears a resemblance to her mother’s engagement ring, which had a red ruby as the central stone.